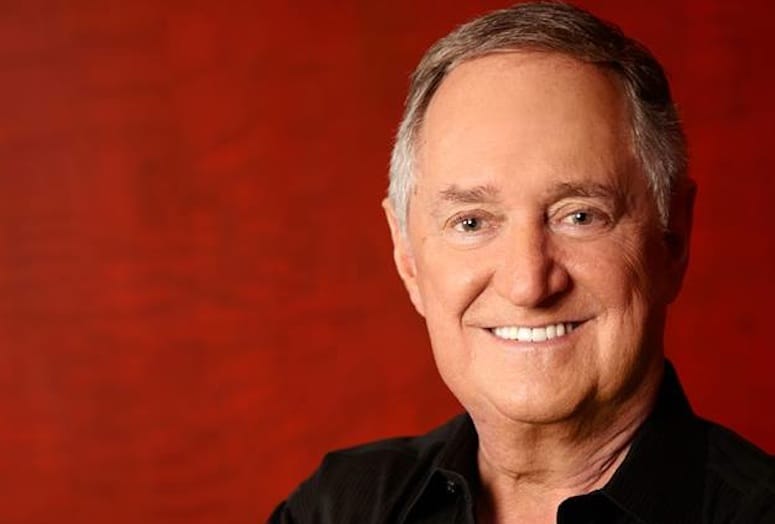 An Apple a Day…

Coda Gallery departs from is usual show (right) of featuring an artist to showcasing food art done by a host of artists Nov. 16 in Palm Desert.

Actress and co-writer Greta Gerwig will participate in a Q&A after the 6:45 p.m. Nov. 16 screening of the film, "Frances Ha" at Cinemas Palme d"Or in Palm Desert. The film is attracting Oscar and Golden Globe mentions. The story is of a New York woman who throws herself into her dreams even as their possible reality dwindles, according to IMBD.

If he had been alive today, 2013 would have been director Stanley Kramer's 100th. But his work remains, 85 Oscar nominations for 35 films featuring the biggest names like Spencer Tracy, Frank Sinatra, Katherine Hepburn, Sidney Poitier and more. See his films and there are a boost of related activities to the event. See our VIDEO interview with Kramer's widow, Karen, and his daughter, Katharine "Kat" Kramer.

The Desert Film Society presents A Perfect Man Nov. 16 starring Jeanne Tripplehorn and Liev Schreiber in a story about a man who questions about women are answered in a phone conversation with Nina, who he meets and finds she is not what he expected.

From the best-selling book by Yehuda Avner about working with Israeli prime ministers, producer Richard Trank will answer questions after the 4 p.m. Nov. 17 screening at Cinemas Palme d"Or in Palm Desert. The contents of the home of President Gerald Ford and his wife, Betty, will be auctioned Nov, 16 at the Renaissance Esmeralda Resort & Spa in Indian Wells.

Meet astronaut Ed Mitchell from Apollo 14 mission – one of only eight astronauts alive who has been on the moon. Also in-house Nov. 16 will be Neil Armstrong's son, Rick, at a Desert Arc and International Opera Institute event at the Palm Springs Air Museum.

Put Oscar comedy writer Bruce Vilanch, novelist Jackie Collins and Rancho Mirage's own Michael Childers and the dirt will be dished at this AIDS Assistance Program event Nov. 15 in Rancho Mirage. Read our interviews with Collins and Vilanch.

Palms Springs resident Suzanne Somers will add  keynote speaker to her lengthy resume for the Nov. 17-18 conference at the Agua Caliente Casino Resort & Spa in Rancho Mirage. Read our interview with Somers, who espouses her views on aging with a healthy perspective.

SunLine Transit Agency is challenging the Coachella Valley to fill one of its buses with non-perishable food Nov. 14. Donations go to Food Now and Martha's Village & Kitchen.

Troy on El Paseo marks its 25th year of fashion on El Paseo in Palm Desert with a show and luncheon to benefit Thanksgiving dinner at Martha's Village & Kitchen.

This event benefits the Pendleton Foundation Nov. 14 featuring dinner paired with wines by executive Chef Robert Nyerick (right) and a live auction at the Miramonte Resort & Spa in Indian Wells.

It's hard to miss Tommy Tune. At 6-foot-6, Tune stands above the crowd in many ways. His one-man show Nov. 16 at the Annenberg Theatre includes personal stories and anecdotes,  celebrating 55 years in show business. Tune will also participate in a Q&A Nov. 14 at Coachella Valley Repertory Theater in Rancho Mirage. Read our story about the 74-year-old dancer phenom, and LISTEN to his confrontation with Hurricane Sandy.

McCallum Theatre will house some of the top dance companies in the desert this weekend starting with Lulu Washington Dance Theatre from Los Angeles Nov. 15 followed by Les Ballets Jazz de Montreal Nov. 16.

This is not Coachella, but the Indie band music will remind you of it. Several local bands, like Irie Junctions from the Coachella Valley, will perform Nov. 16 at Dateland Park in Coachella. Read our preview of this fest featuring Coachella Valley bands.

The weekend starts Nov. 14 with Ruby Rae (pictured left) and moves on to The Little Richards Nov. 15, the Shadow Mountain Band Nov. 16 and a jam session Nov. 17.

Rancho Mirage continues the year-long celebration of its 40th anniversary Nov. 16 with the John Stanley King Band at Whitewater Park.

The Fabulous Palm Springs Follies raises the curtain on its 23rd and last season Nov. 1 with special guest Susan Anton. Watch our VIDEO and hear cast members talk about the preparations for the final season.

When the Beatles came to America, Neil Sedaka's career took a nose dive, but he stayed afloat by writing songs for other artists. Now at 74, Sedaka's songs always leave us feeling good. Find out Nov 16 at Agua Caliente Casino in Rancho Mirage.

The Most Fabulous Story Ever Told

You know it would have to be fabulous to be playing at The Desert Rose Playhouse. The production opens Nov. 15 for a five-week stay featuring the story of the Old Testament from a gay point of view.

Start with a Good Breakfast

See our recommendations from this new restaurant at The Gardens on El Paseo in Palm Desert, Wilma & Frieda's Cafe.

Foodies unite for this cupcake making contest Nov. 17 at Fantasy Springs Resort Casino in Indio. Get $5 off admission with three cans of non-perishable food.