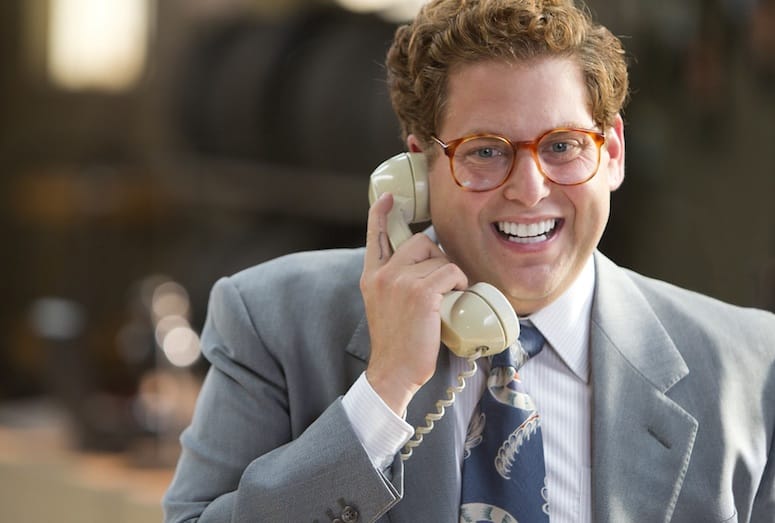 FILM
25th annual Palm Springs International Film Festival
Festival officials have really gone out of their way to invite some of the biggest names, like Meryl Streep, Matthew McConaughey, Tom Hanks, Julia Roberts, Sandra Bullock and director Steve McQueen. And that's just for the Awards Gala on Jan. 4. The film festival, which opens Jan. 3 with "Belle", features more than 180 films including 77 premieres. Jonah Hill
The actor, who is being honored by the Palm Springs International Film Festival with its Creative Impact in Acting award, will appear Jan. 5 for a Q&A session following the noon screening of "The Wolf of Wall Street" at Cinemas Palme d'Or in Palm Desert.

FOR A GOOD CAUSE
Galen 2014 New Year's Resolution 5K
The first running of this 5-kilometer run/walk Jan. 4 benefits the Palm Springs Art Museum in Palm Desert. Each participant receives a T-shirt and dogs a special bandana.

IT'S A DOG'S WORLD
Kennel Club of Palm Springs
See "Chip", who won "Best of Breed" at the 2013 AKC/Eukanuba National Championship last month in Florida. The Soft Coat Wheaten Terrier is among the field at the Jan. 2-5 event at the Empire Polo Grounds in Indio. Read our profile of "Chip".

POLO ANYONE?
And They're Off!
It's one of the fastest games on horseback. Just ask rider Jared Sheldon, who spends January through March at the El Dorado Polo Club in Indio. Opening matches start Jan. 5. Read his profile, see the photos.

The Copa Palm Springs
Well Strung creates its own versions of songs ranging from classical to contemporary, and they sing, at the newest addition to the nightclub scene. Watch our VIDEO to gain a sneak peek of the Copa. The Beatles
As part of its tribute series, the Spotlight 29 Casino delivers the songs of the four guys from Liverpool Jan. 3.

Pleasure Principle
AKA William Reed, who has more than 10 "Best Of" awards as a DJ and promoter, will be playing his set Jan. 4 in the lobby of the Hard Rock Hotel Palm Springs and poolside Jan. 5.

Jazzoo Concert Series
The Living Desert in Palm Desert comes alive with all formats of music during its 30th concert season, ranging from jazz to boogie to ballads to blues. Jan 5 features the Charlie Shoemaker Quintet.

CAR BUFFS
Cruisin' El Paseo
Back for its second year, El Paseo Cruise Night invites owners of classic cars to convene at the parking lot of the Gardens on El Paseo starting at 4 p.m. Jan. 3.

FOR THE BIRDS
Birds of the Outback
Gain an unclose and personal look at hundreds of Australian birds starting Jan. 4 at the Living Desert in Palm Desert. Guests can roam in a special contained aviary where the birds fly free and eat out of your hands.

EATS
Soup for You
January is National Soup Month, so why not try some of the offerings at Natural 9 Noodle Company at the Morongo Casino Resort in Cabazon.