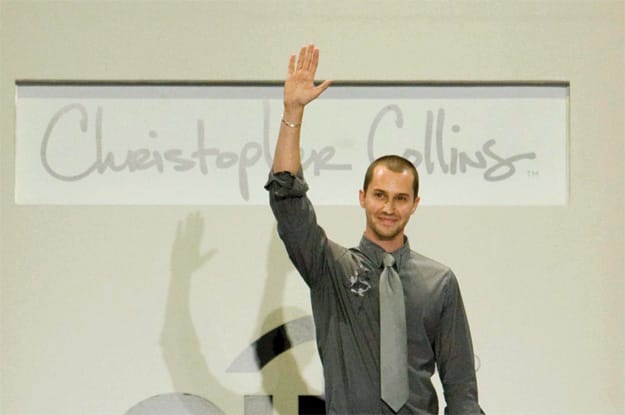 Prior to gaining national recognition as a Season 8 Project Runway contestant, Christopher Collins was gaining recognition as an emerging designer that multiple publications noted as “someone to watch.” He is a Gen Art honoree and a “Resident Talent” for Lucky magazine.

In the fall of 2008, Collins founded his eponymous brand. Made in San Francisco, each garment demonstrates craftsmanship, luxury, femininity, and fit. His designs feature tailored Elizabethan collars and flattering silhouettes with luxurious fabrics from Italy, France, and Japan. They have been featured on the cover of San Francisco Chronicle, Marin Magazine, and Bare Magazine and inside multiple local and national publications, including Lucky, Apparel News, Daily Candy, and 944 Magazine.

Collins’ fashions can be found in boutiques across the country.