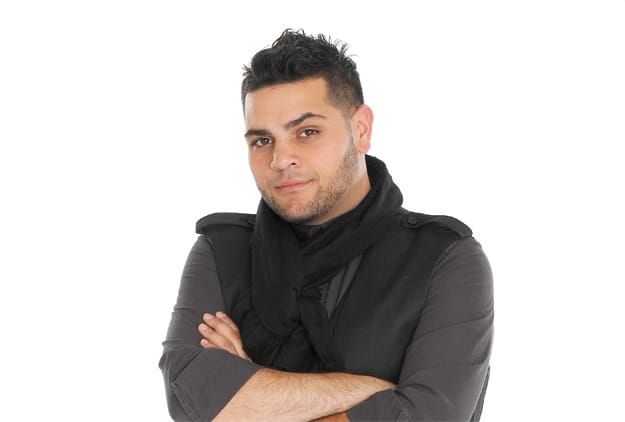 Each season of Project Runway produces a couple of designers who — win or lose — command attention and gain the passionate loyalty of the TV show’s fans. In the most recent season of iconic model Heidi Klum’s fashion competition, Palm Springs’ Michael Costello captured that distinction. Just missing the third slot for the Mercedes-Benz Fashion Week finale in New York, he nevertheless made a name for himself beyond the East and West coasts. The future looks bright for the 27-year-old, who opened his first boutique in Palm Springs at the age of 15.

Since Project Runway, Costello has been seen locally on a runway at the opening of El Paseo Village with the epitomizer of good taste, Tim Gunn, and chatting casually with the king of gowns, Bob Mackie, at Palm Springs Art Museum’s opening reception for a Richard Avedon exhibition. And he’s bringing his talent for couture to the Big White Tent for his own runway show at Fashion Week El Paseo.

At the age of 16, following a one-year internship with Mackie, Costello took a job designing clothes for Claire’s Collection, the design house responsible for gowns seen on red carpets at Emmy, Oscar, and Grammy award ceremonies; on Wheel of Fortune and The Price is Right; and in Miss America and Miss USA pageants.

In 2009, Costello presented his first collection for LA Fashion Week at BOXeight Studios. Later that year, he auditioned for Season 8 of Lifetime’s Project Runway. That show brought national attention to Palm Springs when Gunn and a production team visited Costello to see the collection he’d created for the Mercedes-Benz Fashion Week finale. And although his collection was not televised as part of  the finale, it was shown on a Fashion Week runway at Lincoln Center. The next morning, Costello made the front page of The New York Times.

In late 2010 and early this year, the young designer has been working on a resort collection that offers women “effortless chic” — a concept that fits the desert resort communities like a couture design on a runway model.