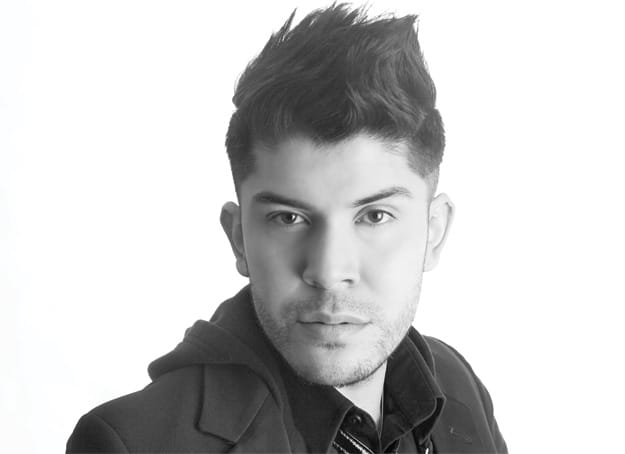 Guerra entered the fashion industry
as a teen, constructing a pair of green, faux fur pants as his first garment. The self-taught designer quickly secured a position as a milliner’s apprentice, then as a designer for a New York City junior-wear company, and eventually as a costume designer.

He gained recognition in Denver after winning city fashion competitions and raising eyebrows with his early Technicolor collections. His Project Runway creations consistently placed him in the top three ranking, and he claimed victory for three consecutive challenges. The show’s judges praised him for impeccable construction and styling, masterful mixing of prints, and fearless use of color.

In addition to his success on the runway, audiences rallied in support of Guerra following the emotional disclosure of his HIV-positive status, which he revealed as his inspiration during the judging portion of a challenge in which the competitors created their own fabric prints. He has since become a vigorous advocate for HIV/AIDS awareness.

Guerra is creating collections for fashion week events around the country and developing his signature brand.