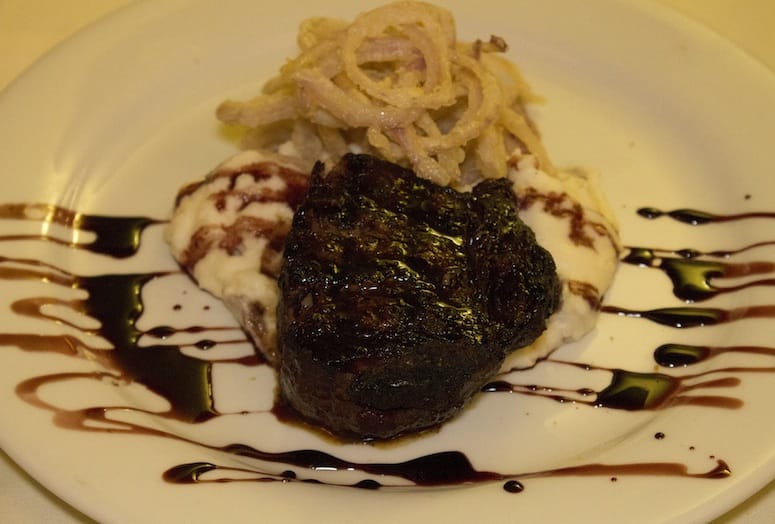 Since the Gallardo family took over last fall, the Three Sixty North Bar & Grill has done a 180.

The reason is Tony Gallardo, front-of-the-house manager, and his brother, Hector Gallardo, executive chef, have infused new passion into the Palm Springs restaurant starting with lightening up the décor and completely re-thinking the menu. The menu features classic Italian-Continental specialties for lunch and dinner.

“People now walk by, look in, and come in,” says Tony Gallardo.

Three Sixty North, a first-time participant in Palm Springs Restaurant Week, which runs through June 8, is offering a substantial three-course menu for $26.

“We joined Restaurant Week to be able to showcase our great menu, food and talent,” says Tony. “One of our best dishes is the lobster pot pie. Even though this (summer season) is not the time for pot pie, people go crazy for it. We have one of the best values for Restaurant Week.” In addition to its food offerings, the main dining room includes a curtained stage area with a baby grand strategically centered on the far wall reminiscent of vintage Palm Springs supper clubs. Different entertainers from jazz to pop perform Thursday through Sunday.

Restaurants run in the Gallardo bloodline. With 11 siblings in his family and grandparents who owned a restaurant in San Miguel, Guadalajara, Mexico, Tony says, “Before I could walk, I was crawling under the chairs and tables in their restaurant!”

The Gallardo brothers most recently operated Leon’s Restaurant in Cathedral City.  A chef for more than 20 years, Hector honed his skills at the former Palomino Restaurant and at The Reserve Country Club

And as fate would have it, early in his career, Tony worked for the Sorrentino family who originally owned and operated Sorrentino’s Italian Seafood restaurant in the same location as Three Sixty North.

Other Gallardo family members engaged here are Tony’s sons Oscar, a bartender, and David, a server; daughter Jenna, a hostess; and his wife Edith, office manager.

“Whatever you do, you have to have a heart for it; hospitality becomes an art,” says Tony.