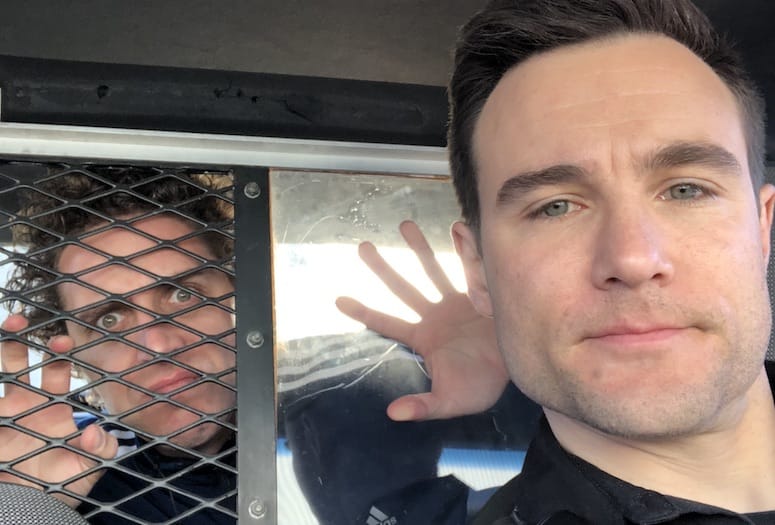 Rob Belushi knows people like to make it about him, but he knows better.

With a last name like Belushi, the comparisons are inevitable to his late uncle, John, and his father, Jim.

“You're really only as good as the people you play with up there,” says Rob, who will appear on stage with Tim Stoltenberg during the Joshua Tree International Improv Comedy Festival, Nov. 9-11.

Rob Belushi and Stoltenberg form the comedic duo called Courtesy Shuttle, a two-man improv group that will perform improv and host a workshop in Joshua Tree. The duo has headlined and performed at many improv and comedy festivals across the country. They have also appeared separately in movies and on television shows including Ballers, Chicago P.D., The Mentalist, Failure to Launch, and How I Met Your Mother.

Stoltenberg and Belushi’s workshop is titled Taking It Personally: Emotional Vulnerability as a Foundation in Long Form Improvisation. This workshop will focus on emotional resonance and vulnerability.

“Tim is my favorite improviser of all time,” says Rob in an email. I can’t wait for The Joshua Tree Improv Festival. I love buckling up for the ride, and I just try not to laugh at him while we are in front of an audience. The guy is special and talented, and I feel lucky to rip bits with him. He can act. He can goof. He’s so smart.”

Besides a familiar name like Belushi, the festival will also enlist comedians who have performed on, or written for, shows such as Saturday Night Live, The Ellen DeGeneres Show, Conan, and Jimmy Kimmel Live!, to perform and guide workshops. 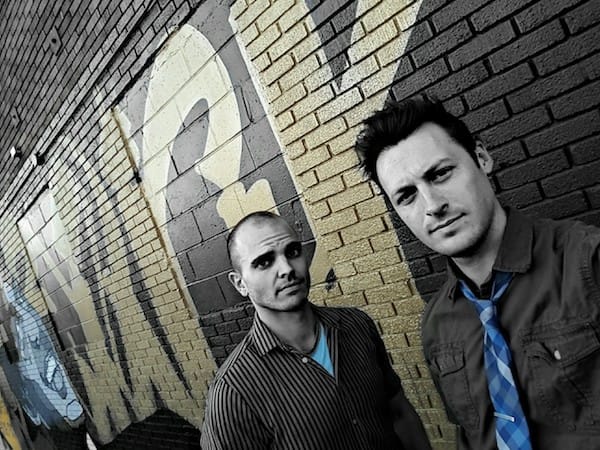 redDoor, the international comedy duo of Justin Michael Terry and Ryan Marsico, will perform at the fest.

Over the course of three days, comedians, improvisers and sketch groups, including notables and up-and-comers, from around the United States will try their luck competing before an audience. There will be stand-up performances and competition on Nov. 10, with a new comedy act every 15 minutes. On Nov. 11, there will be improv and sketch comedy groups performing and competing. Audience votes will determine best in the categories of stand up, sketch comedy group, and improv group, and overall highest scoring act.

Sean Grant, last year’s winner at Joshua Tree, will return to perform stand-up. Grant began writing comedy when he was in junior high and performing stand-up as a senior in high school. He was later named Funniest College Kid in America on Jimmy Kimmel Live! Grant said if he wasn’t doing comedy, he believes he would be a teacher. He credits his seventh grade science teacher, Mr. Jerrel, as his first comedic influence because Jerrel incorporated humor into his lessons. “I hated science and still do,” Grant said, “but his humor made the information accessible. If I didn’t pursue comedy as a career I would use it to enlighten children the way I was enlightened.”

Adam Yenser, an Emmy-award winning staff writer for The Ellen DeGeneres Show, will headline the festival’s opening night gala Nov. 9. He has written for The Oscars and Saturday Night Live and has performed on Conan. As the only conservative stand-up comedian in the lineup at Politicon 2015, he won the stand-up competition, which was judged by Daily Show creator Lizz Winstead and Late Night creator Merrill Markoe.

“I love being able to make people laugh who disagree with my point of view,” Yenser says by email. “The Joshua Tree Festival is perfect for me because I love the National Parks, and if I wasn’t doing comedy I’d probably try to become a National Park Ranger.”

Ticket prices range from $8-$75 and can be purchased at jtimprovfestival.org.