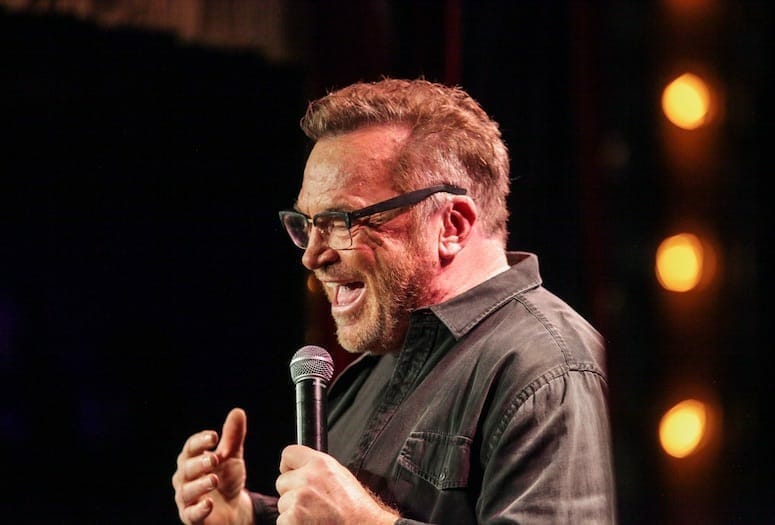 Tom Arnold has made the trek to the Coachella Valley “a million times.” However, one trip remains cemented in his brain.

In 1993, he and his No. 2 wife, Roseann Barr, were asked to speak about the effects of child sexual abuse by Barbara Sinatra at her children’s center in Rancho Mirage. Frank Sinatra was also present and afterward he invited both of them to their home.

Sinatra offered Arnold a drink. “I said, ‘No, I'm not drinking. I've been to rehab,’” Arnold says. “I didn't think he'd understand that. So he goes, ‘Why?’ And I go, ‘Well, the old lady, she doesn't like it.’ And then he says, ‘Tom, no broad could stop me from drinking.’ And I said, ‘Well, I guess you'd never been with a really big one.’ And he laughed at that. Roseanne actually thought it was very funny too, but it was a wonderful time.” 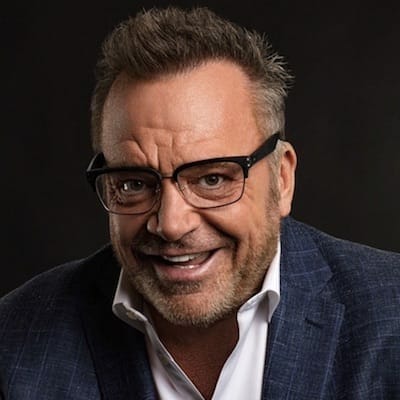 A year after that stop at Sinatra’s house, Arnold and Barr divorced to end a tumultuous six years together that was often played out in the media because of the couple’s popular sitcom, Roseanne, which brought them together in 1988 when Barr hired Arnold as a writer.

Arnold married two more times, becoming the father of two with wife No. 4, Ashley Groussman. The couple divorced last year, but it’s probably safe to say that Arnold’s life has made a dramatic turn from those crazy days with Roseanne to tending to the needs of his kids at the age of 62.

That doesn’t mean Arnold won’t talk about those days. He will, and you can expect to hear more when Arnold appears Oct. 29 at the Agua Caliente Casino Palm Springs’ “Caliente Comedy” show.  Arnold recently chatted with Palm Springs Life about his show and more.

How much have you been able to perform in person recently?

When I land for the show (in LA), I will have come from England, filming a movie. And I went to Italy twice and filmed movies this last year. Because again, I have four ex-wives and I have to be working. I'm a 60-year-old dad with an 8 year old and a 5 year old. And so I will work forever, but I love it. And Palm Springs will be the farthest away from LA that I've gone for a show, and I'm very excited about it.

What has the shutdown been like for you, home schooling your kids?

The teachers did their best. I mean, it's a like herding cats. But my son was in first grade last year. I got the gamer chair, like the gamer’s use and everything. But still, he's fidgety, and I noticed that he wasn't alone in the class. But I would sit in there with him, or I have a camera in his room, and then I would reteach the lesson. And honestly, I forgot the stuff from first grade, so that was a great... I'm sure he didn't like it, but we'd sit there and go over each of the lessons and I'd have to remember stuff. And my daughter, her first year of real school was this year. I didn't want her to go to Zoom preschool last year, so I just thought, well, this will be a year she always remembers. Got to stay home with dad. Or in my mind, I will always remember.

How have your kids changed you?

They changed me completely. I had my son when I was 54 and I always wanted kids. And it's a good thing I did, because it's on from the moment you meet them and you realize, ‘Oh, I mean nothing. It's not about me. It's just about him.’ When my son was born, my friends were like, ‘Well, let mom do everything until he's seven, and then he'll be fun for you.’ And I was 54 and I said, ‘I don't know where I'll be when he's seven.’ And then because of the miracle of in vitro fertilization, there was a frozen embryo from four years before. And I tell the story about how I found out about it. And their mom, we weren't even... It was physiologically impossible for me to have another kid. You know what I mean? And she went and took that and put it up there in her hoo-ha, and nine months later, my daughter was born. I'm so grateful that I have this daughter. She's five and she's different than her brother. 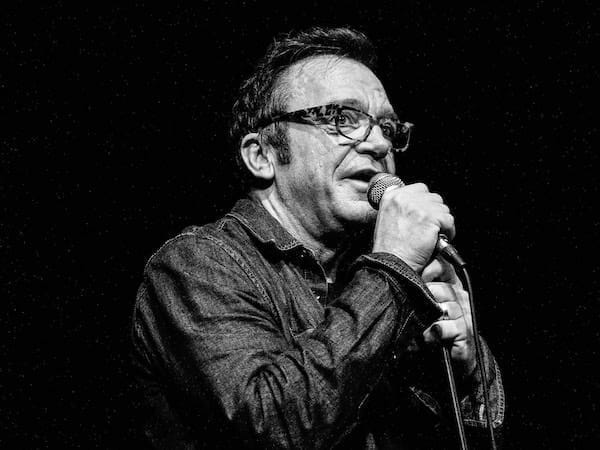 Tom Arnold: "People are always like, ‘Well, there's a fine line between love and hate.’ Yeah, I know that line. I have beared witness to that line."


How has being a father changed the way you look at your own upbringing?

I look at my childhood a lot differently now that I have kids. First of all, my dad was 22. I was 4, my sister was 4, my other sister was 1. If you could imagine, raising us by himself. His focus was on us kids, his attention, his humor. I'm grateful that I didn't do it when I was 18, like he did.

When I was 18, the lunatic. And I now appreciate the sacrifices that he made. I mean, my dad had to eventually, when I was 10, marry the next door neighbor, because he couldn't date. Nobody was really looking for a guy with two kids. And she had two kids, the next door neighbor, and so then they had two more together. And so I mean, there are many moments where I think about him.

So you bring these stories into your act?

I do cover it. And I also have some fun stories from some of the movies that I've done, things that people might be aware of, at least the movie. And I have some intimate stories about the people I work with. A I do acknowledge my ex-wives. I used to say, after my third divorce, I started thinking, maybe it's me. I cover a lot of ground, because people know me from a lot of different things.

What do you take away from working on Roseanne?

I was blessed to be able to work on that show for six years. And write, act, produce, and hire people that I thought were good. I mean, people say, ‘What's Roseanne up to?’ I have no idea. I've seen her once in person, in all these years, and that was at her roast, when she asked me to do her roast. And I thought that went perfectly. And so I wanted to get out of there before it didn't go perfectly. People are always like, ‘Well, there's a fine line between love and hate.’ Yeah, I know that line. I have beared witness to that line.

So I'm sure you watched, Roseanne brought her show back and then she left the show and it came back as The Connors. When you were watching all that going on, what was your reaction?

Well, I reviewed the (second Roseanne) show for the Hollywood Reporter, the first episode of the show, but gave it a good review. I think you're always going to think it was better when you were there. The thing that people don't remember is, the show basically just fizzed out the first time. And John Goodman wasn't even on the show the last year. He quit. And so every show has their run. I like The Connors. I also was aware that Roseanne herself, was incredibly political. I mean, not just like, ‘Oh, I'm Democrat. I'm a Republican.’ And I was talking to my former stepdaughter the whole time that show was airing, and I said, ‘You got to get her (Roseanne) phone away from her, her tweeting." I mean, here's what I would've done. Besides grabbing it and throwing it in the river, I would've made sure there wasn't wifi. I would've really worked on that.

Because the thing I knew about her, was from 1988 on, she would try to quit the first show and it was my job to make sure she did it because, well, hundreds of million dollars, but also because she would be so hurt if she quit that show. I knew that at the other end of this tantrum she was having about not getting any respect, this and that... And as a good partner, you got to stay in there and make sure that your partner doesn't do something that hurts her. And I knew how much she loved the show. And even though she was mad a lot, she loved it.

You mentioned you were working in films. What can people expect to see you in?

Michael Madison and I went to Rome and did the holiday movie (Christmas Thieves, The Christmas Witch) that has animation. It's based on the books out of Italy, but we did it in English. And then I did a sequel of that, right away. I've filmed a movie down at Bombay Beach this summer (Naked Umbrella), which was so freaking hot. Palm Springs is nothing. And there's a movie called High Holiday coming out this fall with Cloris Leachman.