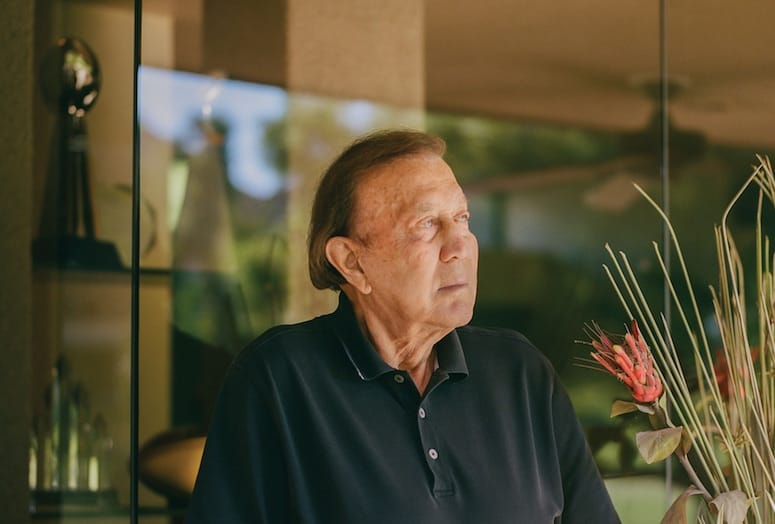 As he approaches the moment that he has long coveted, Tom Flores uses a nice, tidy phrase that captures both his approach to life and his even-handed perspective on all things: “This will be a nice ending to my journey.”
Flores, longtime Raiders player and coach, is going into the Pro Football Hall of Fame. That’s a huge deal. They make bronze statues of people honored. His biography and his Wikipedia entry, already jammed with superlatives, will now include the word “legend.”

For the longtime Indian Wells resident, who turns 84 in March and will celebrate his 60th wedding anniversary with his wife, Barbara, the same month, the induction will be the final layer of frosting on his career cake. Thousands of men play, coach, and administrate in the National Football League. Only a fraction of those are deemed special enough to be on the wall of the sacred building on George Halas Drive in Canton, Ohio.

Flores is thrilled, excited, overwhelmed. Yet even if he were the kind of person to react with backflips — which he is not — he will remain joyously restrained, if such an emotional contradiction is even possible. See, it’s not quite a done deal. And his hopes and expectations have been stomped on before. 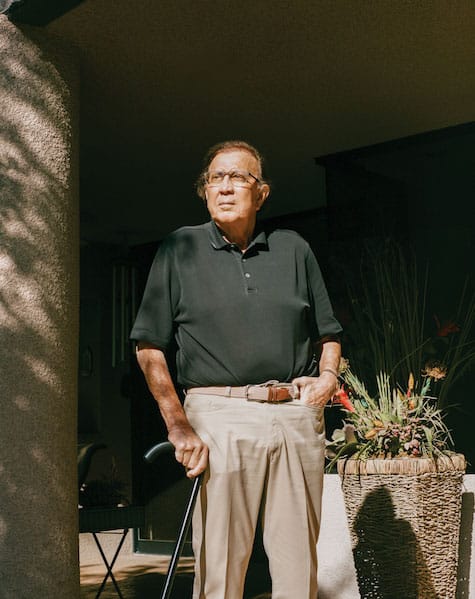 Last August, he received a phone call from Hall of Fame president David Baker. A committee had chosen Flores as the “top finalist” for 2021 selection, Baker told him. Flores would be inducted in a newly designated coaching category. As the “top finalist,” his selection was virtually assured. Baker didn’t say exactly that, but his celebratory tone and the fact that the call was filmed and posted to the internet inferred as much.

Flores’ selection will become official the day before the Super Bowl on Feb. 7, when the class of 2021 is chosen for the annual August ceremony in Canton. There are 48 voting members, and Flores needs to be named on 80 percent of the ballots, or 38.4 people. Nobody seems sure about how he gets that .4 if he needs it, but all involved in this process are clear: The “top finalist” is as good as in. The main voting body seldom strays from the selection committee’s “top finalist.”

It also helps that the Hall of Fame has added, and will continue to add on an occasional basis, a coaches’ category. Prior to this update, coaches were tossed in with players, and the higher profile of many players made that a tough path for coaches. Nevertheless, Flores was among the Hall of Fame nominees who were brought to Atlanta for the Hall of Fame vote at the 2019 Super Bowl. “I had some assurances that I was going to get in,” he says. “You are told to wait in your hotel room for word. But the knock on the door never came, so Barbara and I got on a plane and flew home. We had tickets for the game, but we watched on TV at home.” 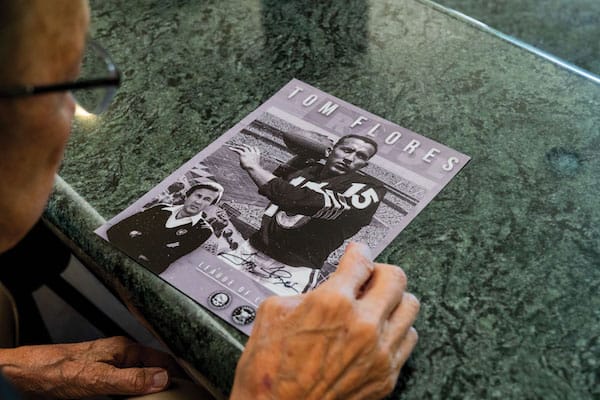 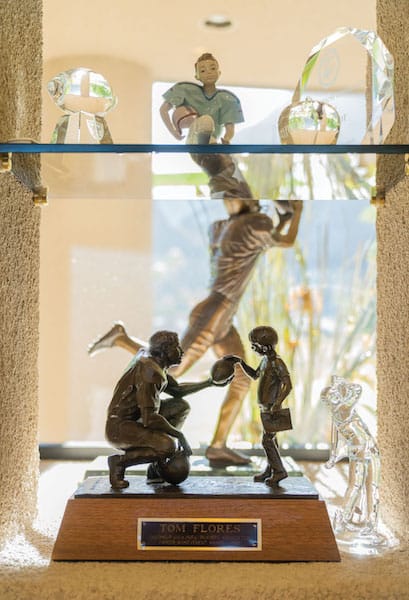 Then, at the 2020 Super Bowl, Flores watched in amazement as two other coaches, Bill Cowher and Jimmy Johnson, were inducted into the Hall of Fame in a specially created centennial category, celebrating the league’s 100th year. Both were network broadcasters and both were given the news during their respective national TV shows. After that, several members of the Palm Desert NFL Alumni Club got to work on Flores’ behalf. But once the new coaches’ category was created, Flores — with his credentials — was considered, well, a touchdown.

Flores is the son of a California Central Valley sharecropper, who came with his family from Mexico at age 12 and worked the fields in the 1940s alongside his sons. “We picked everything, every kind of fruit, depending on the season,” Flores says. “We lived in a lean-to, with no inside plumbing and running water. My crib was a box. We had no TV, but we could run and play. We were poor but we didn’t feel that. There was another life out there, but we didn’t know about it.”

World War II turned into good break for the Flores family. The land they worked was owned in part by a Japanese U.S. citizen. When he was sent with his family to an internment camp, the other landowner offered to split the work in the fields and the profits with Flores’ family and let them move into the house where the Japanese family had lived. They had beds, running water, and a sudden upgrade in life, even though they knew a promise (which they agreed with) had been made to the Japanese family that they could move back in when the war and internment camps ended. The promise was kept, but by then, Flores’ father had saved enough to buy a house in Sanger where the family lived for years.

Flores loved sports. His favorite was basketball, but he starred in football at Sanger High School, where the field is now named in honor of him, and went from there to Fresno Junior College (now Fresno City College) and eventually to College of the Pacific in nearby Stockton. At COP, now University of the Pacific, he was a star quarterback.

By the summer of 1960, Flores had done some coaching at COP and worked toward advanced degrees. He was about to take a teaching job in Fresno when he was invited to try out for something called the Oakland Raiders of the newly formed American Football League. Eddie LeBaron, who preceded Flores as quarterback at COP, had recommended him. “I had never heard of the AFL,” Flores says. “I had no idea what they were talking about.”

Much to his mother’s chagrin, Flores gave it a shot. There were 11 quarterbacks when he showed up. The next day, there were six, and he quickly won the job, with Vito “Babe” Parilli as his backup.

So, it had begun. Flores was a Raider, and the long list of “firsts” and achievements have likely taken him to where he belongs: the Pro Football Hall of Fame. The list could fill a wall at Canton. He is:

• The fifth-leading passer in AFL history.

• One of only 20 players who competed in all 10 years of the AFL’s existence. Besides the Raiders, he played for the Buffalo Bills and the Kansas City Chiefs.

• One of only two people who have been a player, assistant coach, and head coach in a Super Bowl. Flores was with the Chiefs as a backup to Len Dawson in the 1970 Super Bowl and with the Raiders as an assistant under John Madden in addition to his two coaching titles. The other is Mike Ditka. 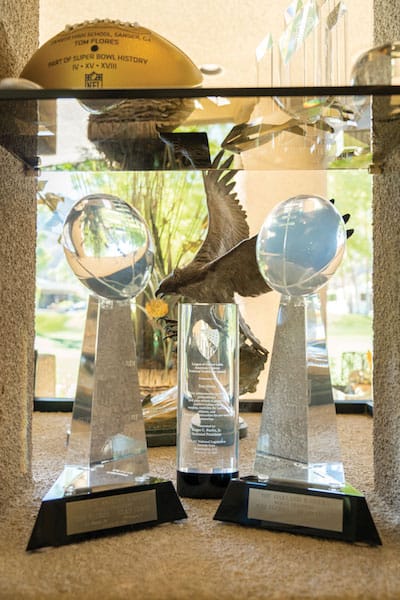 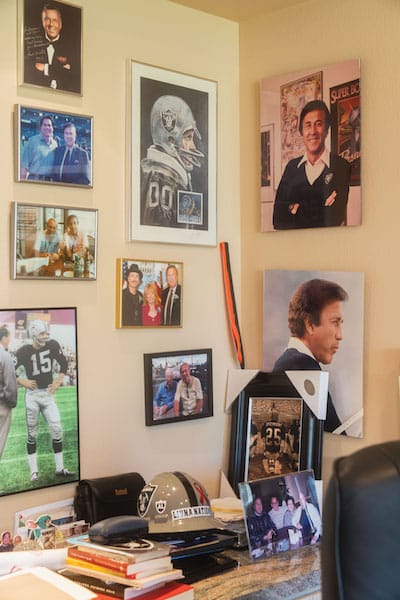 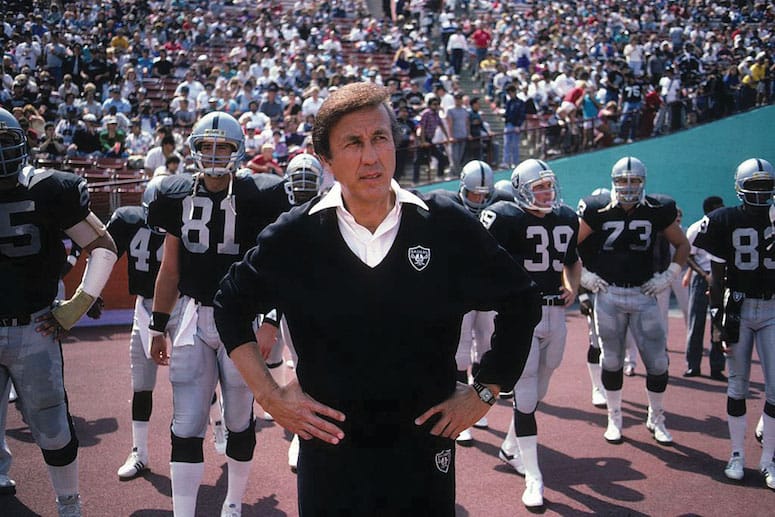 Tom Flores and the Raiders prepare to play the San Diego Chargers at Los Angeles Memorial Coliseum in September 1986. (The Raiders won 17–13.)

The special day in Canton will arrive quickly in August. That’s usually the way it works when you have been waiting a long time. It will likely be a wild scene with Raiders everywhere — fans, former players, people who just like to dress in black. Nothing about the Raiders is understated or quiet. Nothing, that is, except the man who is such an important part of their history and soul, a man named Tom Flores, who will be enjoying the “nice ending of his journey.”

Flores and the Raiders prepare to play the San Diego Chargers at Los Angeles Memorial Coliseum in September 1986. (The Raiders won 17–13.