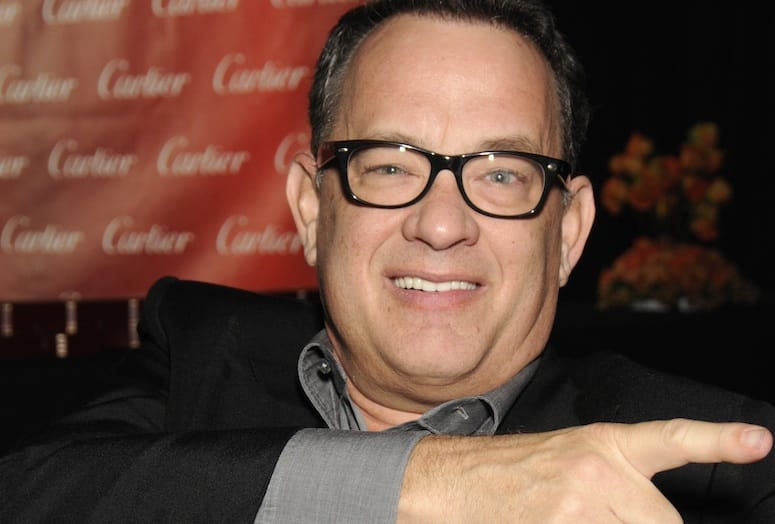 “Tom Hanks is one of the greatest actors of his generation,” said Festival Chairman Harold Matzner.  “In a remarkable feat that vividly illustrates the range of his talent, this year he portrayed two real life characters, each a powerhouse performance in its own right.”

Hanks holds the distinction of being the first actor in 50 years to be awarded back-to-back Best Actor Academy Awards: in 1993 as the AIDS-stricken lawyer in Philadelphia and the following year in the title role of Forrest Gump. He also received Academy Award nominations for his roles in Big, Castaway and Saving Private Ryan.

His other on screen credits include Angels & Demons, Apollo 13, Bachelor Party, Catch Me If You Can, Charlie Wilson’s War, Cloud Atlas, The Da Vinci Code, Extremely Loud and Incredibly Close, The Green Mile, The Ladykillers, Larry Crowne, A League of Their Own, The Money Pit, Nothing in Common, The Polar Express, Punchline, Road to Perdition, Sleepless in Seattle, Splash, The Terminal, Volunteers, and three Toy Story films.

Captain Phillips is a multi-layered examination of the 2009 hijacking of the U.S. container ship Maersk Alabama by a crew of Somali pirates.  It is — through director Paul Greengrass’s distinctive lens — simultaneously a pulse-pounding thriller, and a complex portrait of the myriad effects of globalization.

The film focuses on the relationship between the Alabama’s commanding officer, Captain Richard Phillips (played by Hanks), and the Somali pirate captain, Muse (Barkhad Abdi), who takes him hostage.  Phillips and Muse are set on an unstoppable collision course when Muse and his crew target Phillips’ unarmed ship; in the ensuing standoff, 145 miles off the Somali coast, both men will find themselves at the mercy of forces beyond their control.

The film is directed by Academy Award  nominee Paul Greengrass, from a screenplay by Billy Ray based upon the book, “A Captain's Duty: Somali Pirates, Navy SEALs, and Dangerous Days at Sea,” by Richard Phillips with Stephan Talty. Hanks received a Best Actor in a Motion Picture – Drama Golden Globe nomination for his role in the film.

Two-time Academy Award-winner Emma Thompson and Hanks topline Disney’s Saving Mr. Banks, inspired by the extraordinary, untold backstory of how Disney’s classic Mary Poppins made it to the screen.

When Walt Disney’s daughters begged him to make a movie of their favorite book, P.L. Travers’ “Mary Poppins,” he made them a promise — one that he didn’t realize would take 20 years to keep. In his quest to obtain the rights, Walt comes up against a curmudgeonly, uncompromising writer who has absolutely no intention of letting her beloved magical nanny get mauled by the Hollywood machine.

But, as the books stop selling and money grows short, Travers reluctantly agrees to go to Los Angeles to hear Disney’s plans for the adaptation. For those two short weeks in 1961, Walt Disney pulls out all the stops.

Armed with imaginative storyboards and chirpy songs from the talented Sherman brothers, Walt launches an all-out onslaught on Travers, but the prickly author doesn’t budge. He soon begins to watch helplessly as Travers becomes increasingly immovable and the rights begin to move further away from his grasp.

It is only when he reaches into his own childhood that Walt discovers the truth about the ghosts that haunt her, and together they set Mary Poppins free to ultimately make one of the most endearing films in cinematic history.