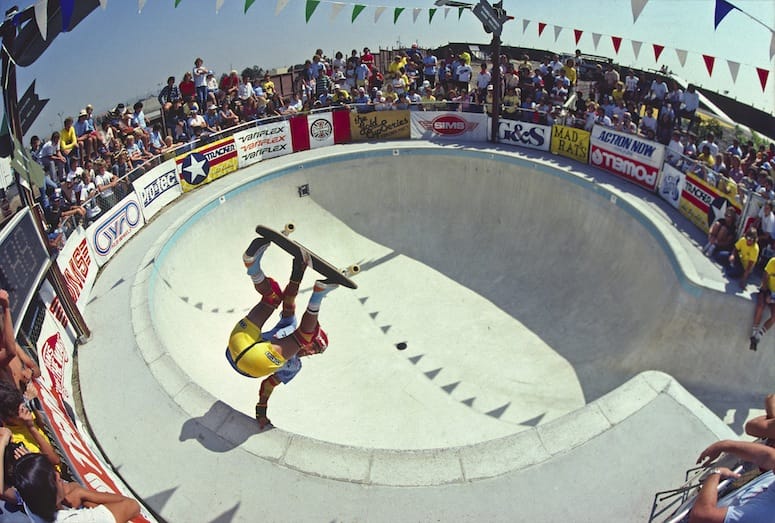 Before “shredding” was cool and “pipes”, “ramps”, and “bowls” were simply utilitarian, a group of talented skateboard pros paved the way for modern stars well known for their tricks and ability to “fly”.

Eddie Elguera, who grew up in Lake Arrowhead and moved to the Palm Desert about eight years ago, is considered one of the greats. Named “Skateboarder of the Year” in 1979 and 1980, he is a two-time World Champion. Eddie Elguera pushed the envelope when it came to skateboarding tricks.

His agility and finesse led his sponsors to aptly name him, “El Gato”, or the cat, because he says, “I skated smooth like a cat and would land on my feet off the bowl.”

Elguera is currently gathering legends in his sport to come to the Coachella Valley for his inaugural “El Gato Classic”, Jan. 23-25 in Palm Springs, featuring a series of skateboarding contests, demonstrations, and events as a tribute to what he believes are the guys that made the sport what it is today. Tony Hawk will conduct a demonstration with Eddie Elguera during the three-day event.

So far on tap to appear are world-class skateboarders Tony Hawk; Alan Gelfand, the inventor of the OLLIE;  Mike McGill, inventor of the first “540 Areal;” Steve Caballero; Christian Hosoi and Eric Koston to meet, mingle, and wow the crowd over the planned three-day event.

“I felt that being a part of this sport and seeing where it is today, I don’t want to lose a part of (skateboarding) history,” he says. “People forget where it all started and the tricks that have inspired future generations. I strongly believe that if skateboarding honors the past and champions the future, skateboarding will never die.” Alan Gelfand, the inventor of the OLLIE, is scheduled to appear.

During the height of his career, Elguera helped popularize the "Bowl Competitions" during the late 1970s, set the foundation for current expositions that became a precursor to the X Games. During this revolutionary time, Elquera was pushing the envelope in speed, vert tricks, and air.

• He perfected the “Fakie Ollie” …a jump that pops the board, giving air while going backwards.