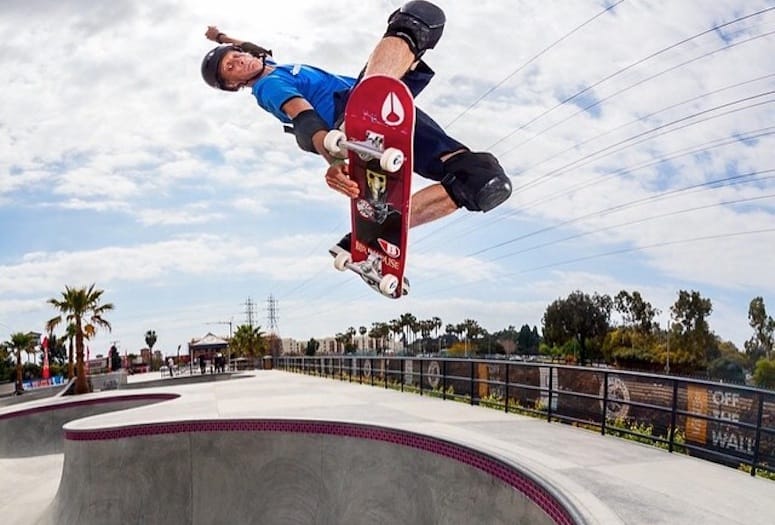 More than 100,000 residents and visitors are expected in downtown for the parade, which kicks off at 5:45 p.m. on Palm Canyon Drive and Ramon Road. Hawk will be in town as the main draw for the 2nd Annual El Gato Skateboard Competition and Block Party, Dec. 4-6 — and is thrilled to be part of the parade, which every year includes magnificent marching bands and twinkling holiday floats adorned in thousands of magical colored lights. In addition, some of Hawk’s world famous skater pals will join him in the parade riding in a giant, twinkling Vans shoe.

Other parade highlights always include the wildly popular Macy’s-style holiday balloons along with Santa and his reindeer on the spectacular Jackie Lee Houston Santa Claus Express.

Parade entries are still being accepted. The deadline to submit an application is Oct. 23. Visit www.psfestivaloflights.com to download an application and view requirements for float entries.

“Tony Hawk is a fabulous addition to the Festival of Lights Parade and we are excited he will be joining us for this one-of-a-kind holiday event in downtown. A big thanks to the El Gato team for bringing Tony to our community to share his talent and passion for skateboarding this holiday season,” said Tim Ellis, vice-chair of P.S. Resorts, a group of large hoteliers who are the Presenting Sponsor of this year’s Festival of Lights Parade and the El Gato Competition.

Other sponsors include the Agua Caliente Band of Cahuilla Indians and the Spa Resort Casino.