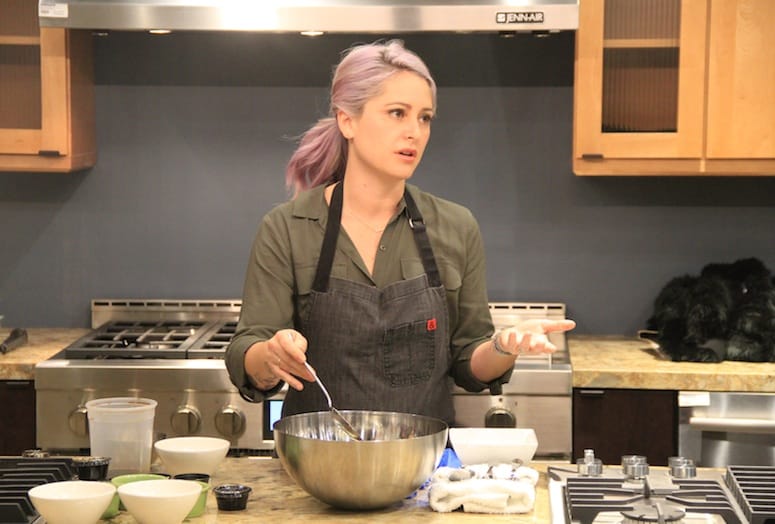 Trust Brooke Williamson with a secret.

Anyone who can sit on the results of winning Top Chef for months is worth her weight in gold. Or maybe dough is a better word.

Williamson, who is coming to Palm Desert Food & Wine starting March 24, was judged to be the best after a four-course cook-off with Shirley Chung. After being eliminated in the early rounds, Williamson was given a chance to earn a spot back in the Top Chef finale through the show, Last Chance Kitchen.

You can see Williamson in person at Palm Desert Food & Wine when she conducts a cooking demonstration with food expert and Top Chef judge Gail Simmons at 11:30 a.m. March 25. Williamson, who owns three Southern California restaurants with her husband, Nick Roberts, took time to speak to Palm Springs Life about her Top Chef accomplishment and coming to Palm Desert.

Brooke Williamson: You know, it happened over the summer and it was sort of this surreal thing where I couldn’t really celebrate or tell anybody about what I had just done or what had just happened. And so, by the time it aired on TV, people were saying congratulations and I was like ‘for what?’ I mean, it’s super cool and it’s all, I mean, I don’t really even know how it sinked in. At this point it’s something that happened, it’s something I did but it’s not something that happened, really, in the moment in that kind of a situation. So, it’s fascinating to see all the opportunities and things come my way so far after the fact. You know? It’s very strange. 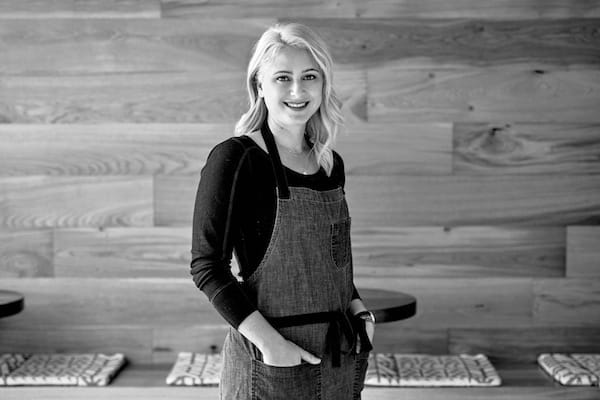 PSL: What did you try to focus on after being eliminated early?

BW: Nothing really. Honestly I … it went from a period of time where I’m feeling like I was burning out and becoming really hard on myself. It’s a really stressful environment but to remain creative and inspired during that kind of a lengthy period of stress is really difficult. When I was eliminated it kind of relieved that stress for me.

And, kind of showed me that the worst thing that I could possibly imagine happening happened, and I was still alive. I went into the last chance kitchen and I just had a really good time. It was kind of just re-inspiring in terms of, like you know, pay attention to or concentrate on what you do best and why you do it. The reason why I cook is because I love it and I have so much fun being creative and inspired. When I’m able to just live in that moment, I cook so much better. So I kind of just turned my attitude around and turned it into a situation where I just was having fun again. Apparently that works for me.

PSL: Why do you think it was important to be on Top Chef?

BW: You know, I didn’t for very long time think that TV was important. I still think it’s a very specific part of my career. It really has nothing to do with why I got into cooking in the first place. It turned out to be a really fun, creative outlet, and I turned out to be good at it. I kind of parlayed that into an opportunity to bring some extra attention to my restaurants, which are my first passion. It became something that opened so many doors for me, and so many avenues for things that I never would have gotten the opportunity to do. I’ve really just been able to turn that into something that adds to my life, rather than becomes my life.

PSL: What, if anything, will you be bringing back to your L.A. restaurants that you learned from Top Chef?

BW: They’re really two very separate worlds. Competing and being in a world where all I have to think about is food is really beautiful for me, as a chef, to be able to strictly concentrate on food; which is something that I don’t get to do in my everyday life. It’s really re-inspiring. As restaurateurs, my husband and I get bogged down with daily stuff. And very seldom do we get to spend an entire, even day, thinking about food and menus and ingredients and, you know, I got to do that for seven weeks. Which was pretty cool, and just sort of re-inspiring.

PSL: We’re excited to see you at Palm Desert Food & Wine. What will you be preparing? Do you like to use local ingredients from the area you’ll be visiting?

BW: I do. So I’m doing a demo with Gail (Simmons), and we decided to combine Top Chef Charleston and Palm Springs. You know, kind of the best of both worlds. So I’m going to make biscuits; I’m going to make sort of traditional biscuits, and she’s making a date butter and lemon curd to go on them. So we’re kind of combining the south and dates; what we both consider and ingredient that reminds us of Palm Springs or Palm Desert.