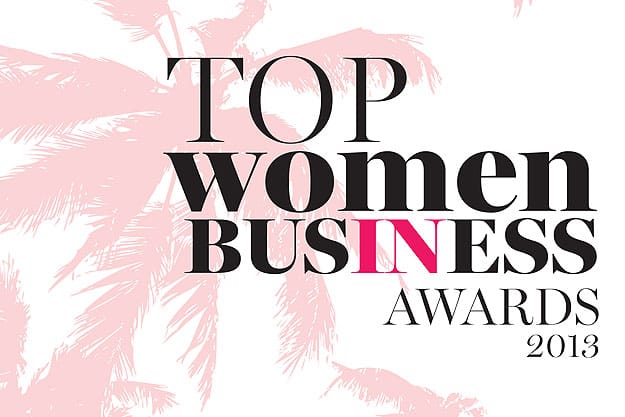 The winners all live and work in the Coachella Valley, and have excelled in their professional lives and as leadersand role models.

They come from different industries and walks of life, but they share several things — extraordinary accomplishments, a strong sense of self, and a belief that anything is possible. “Real estate is serious business,” says Valery Neuman, keynote speaker at this year’s Top Women in Business awards. And Neuman takes business very seriously. During the last 19 years, she has closed in excess of $1 billion worth of Coachella Valley real estate sales. Prior to capitalizing on real estate, she enjoyed a successful stint as an executive in aerospace, where she negotiated multimillion-dollar contracts.

Neuman fuses her innate passion and compassion with a savvy head for business. And she does it all with a smile and concern for others. Her formula for success involves staying focused and informed and being empathetic. “It’s important to put yourself in someone else’s shoes and genuinely care about people,” she says.

Neuman says she is impressed and inspired by Coachella Valley businesswomen. “To have kids and families, get an education, and grow a business, you have to be very, very strong,” she says. “In general, I see a lot more entrepreneurs, from physicians and health service workers to women in construction — women we can all look up to.”

Some of the topics she will address during her presentation at the Top Women in Business event include how to remain as knowledgeable as possible about your individual business, while multitasking and juggling the responsibilities of daily life. While Neuman acknowledges that she is, by nature, very competitive and follows the credo of “know your competition,” it’s not a necessary trait for success in all fields; but always striving for excellence is.

Overall, Neuman embraces a zen-like business philosophy: “The money will come. Do the right thing, and everything else will follow,” she says. “But you have to know what you’re doing. And don’t settle for mediocrity.” Lisa Houston joined FIND Food Bank as a volunteer in 2009, bringing years of experience as a certified financial planner and real estate developer. She took over as CEO when the organization faced financial challenges and worked without pay for several months in order to return FIND to sound financial footing.

She manages a team of 18 part- and full-time employees and more than 1,000 volunteers. They work to find and d istribute 8 million pounds of food each year, helping an average of 80,000 area residents each month. Half of those are children; the remainder includes the elderly, homebound, homeless, unemployed, and a growing number of working poor.

“The economic health of the Coachella Valley depends on healthy people,” Houston says. “When someone has enough to eat, they can work, [and] they don’t get sick as often. Children who have enough to eat do better in school, and the dropout rate goes down. Hunger is a very solvable problem. It depends on everyone embracing the subject and being able to talk about it. The face of hunger is standing right behind you in the grocery checkout line. Someone who is making minimum wage and working several jobs often has to choose between eating enough and paying rent.” Kim Waltrip started her career as a model and actress, moved to Palm Springs to work as district director for former U.S. Rep. Mary Bono, and produced her first film, Adopt a Sailor, in 2008. Her PBS special, Diahann Carroll — The Lady. The Music. The Legend., aired in 2010 and 2011. In 2012, she produced the comedy Hit and Run starring Kristen Bell and Bradley Cooper.

“The rest of this year is very busy — a music video shooting here, a feature shooting here and in Los Angeles, and a horror film festival set to premiere in October. I love the desert, and I do whatever I can to help make this valley a better place and grow the film industry. I hire as many locals as possible, support local filmmakers by giving internships, and give money to film short videos.” After spending 20 years in biomedical research in cancer and genetics at prestigious institutions such as Mayo Clinic, MD Anderson Cancer Center, University of Chicago, and National Institutes of Health Institute for Human Genome Research, Betty Wolf moved into biotechnology sales and marketing, then philanthropic development at University of Chicago, UCLA, Saint John’s Health Center in Santa Monica, and Eisenhower Medical Center. She has personally closed more than $150 million in philanthropic support.

“Eisenhower Medical Center is the Coachella Valley’s only not-for-profit health system, and we’re pouring resources into the community to make preventive medicine the platinum standard,” Wolf says. “We expanded into La Quinta in 2009 and Palm Springs in 2010, and opened our third Palm Springs outpatient clinic this April.

“At a time when Medicare and other healthcare benefits are being whittled away, donor dollars are covering areas of public need,” she continues. “Our board of directors is the group that makes the difference in connecting with donors, because fundraising is very much an unchoreographed dance. We saw a huge dip in 2008-2009, and now we’re seeing a definite uptick. I think companies and nonprofits, as well, have gotten just as about as lean as possible, and now that the economy is getting stronger, philanthropy is also getting stronger.” On her way to earning a doctorate in naturopathic medicine, Nicole Ortiz led a study in Ecuador on women’s health care services in indigenous populations. In South America, she began to appreciate the power of holistic integrative medicine.

She is a board member of Women Leaders Forum, where she started a professional mentoring program that serves more than 170 high school girls across the Coachella Valley.

“I chose this area because it’s very important for me to live the lifestyle I advocate for my patients,” Ortiz says. “I also saw that the need for options to support healthy living was great.

“In the year ahead,” she continues, “I want to make a larger contribution in the community. I work on a council to develop a valleywide walking trail that gives people access to the outdoors no matter where they are. I’m also developing nutrition programs that will really make a difference. We also plan to add a practitioner of Eastern medicine and another naturopathic doctor.”