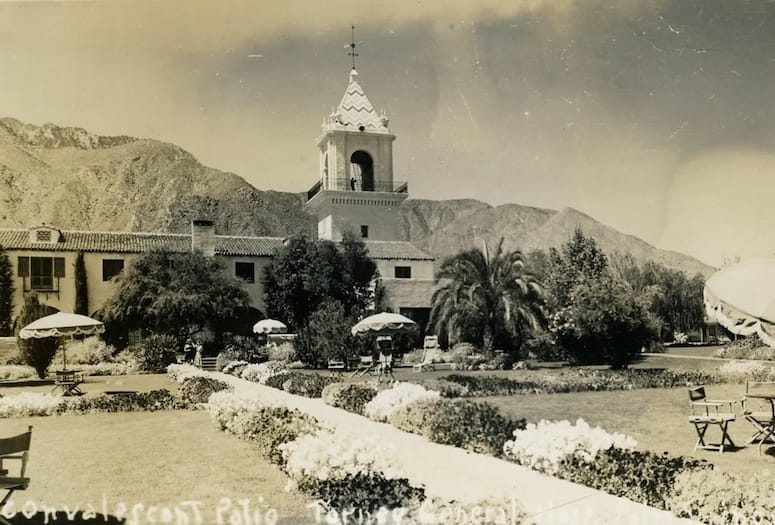 At the beginning of the American involvement in World War II, the Army began to look for locations for hospitals that would serve the wounded soldiers returning from the Pacific Theatre. They purchased the elegant El Mirador Hotel in Palm Springs for $420,000.

The Army expended another $4 million dollars and purchased the land around the hotel, paying for the construction costs to turn the hotel into a 1,500-bed hospital.

According to Doris Howard, one of six nurses who arrived at the Palm Springs Train Depot in June of 1942, the train station was empty. The wind was strong and when they stepped outside, the sand and the heat stretched out as far as they could see. About a half an hour later they could hear soldiers coming to get them, singing songs as they arrived. The nurses were relieved as they had been concerned about spending the night with no water or food in the dry and windy desert. 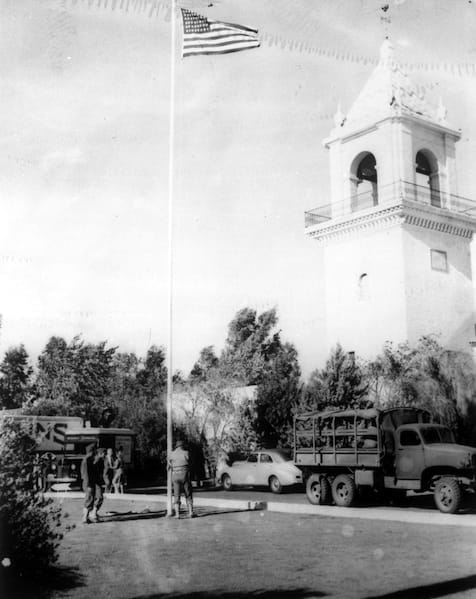 Once they arrived, they began the process of converting the El Mirador Hotel into a military hospital named for deceased Surgeon General George Torney. Torney General Hospital had over 1,500 beds that the nurses stocked with linens, medications, and instruments. Within a couple of months 1,200 to 1,5000 doctors, nurses, corpsmen and general helpers were providing medical attention to the wounded soldiers flown into the local Air Transport Command Base or brought in by train and transported to the hospital by ambulance.