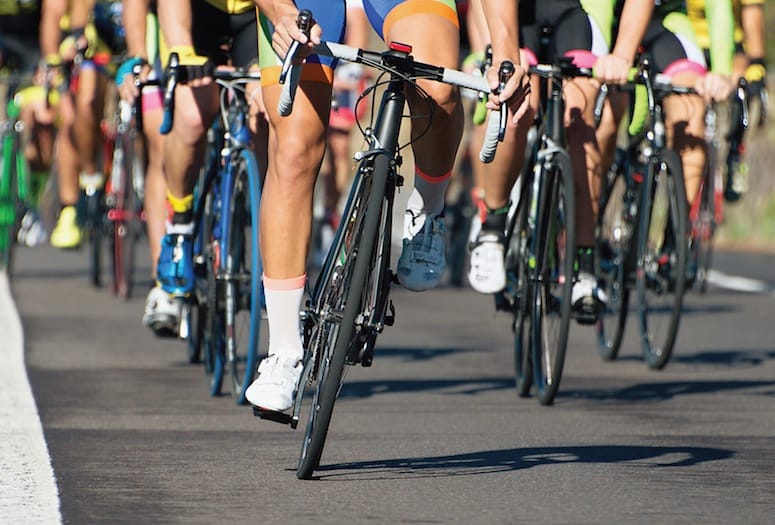 In 1998, local cyclist Tim Esser challenged himself with a cross-country trip, riding from the Coachella Valley to Jacksonville, Florida, in 30 days and raising $20,000 for local charities. With city, police, and fire department backing, his Spokes for Different Folks ride drew 400 fellow pedalers, riding distances up to 50 miles through scenic Greater Palm Springs.

“My initial ride was only supposed to be from here to Blythe,” Esser says. But as more cyclists signed on to spin for a cause, Esser committed himself to longer routes. “I had no idea how big this thing would be.”

Esser set out with an intended finish line of El Paso, Texas, and ultimately decided to push to the Atlantic coast. “People always told me, ‘If you want to start something big, you have to do something stupid.’ ”

Following the first fundraiser’s success, he organized the inaugural Tour de Palm Springs to facilitate rides in distances up to 100 miles to support area nonprofits. Now in its 20th year, the event draws 6,000 to 10,000 bikers annually and has raised more than $3 million since its inception. Meanwhile, Esser is training for a third journey across the country in the coming year.

“I’ve clocked over 125,000 miles since I started,” he says. And he started with that first Spokes ride. “I just came up with a challenge: that I would do something to make money for clubs and charities locally,” Esser recalls. “I had not been on a bike in probably 35 or 40 years.”

The Tour de Palm Springs isn’t a race, he stresses. “There’s no hurry. We have people in their late 80s doing it ... To me, that’s inspiration to keep going.”

Bicyclists (and walkers, who begin after participants on wheels) depart from North Palm Canyon Drive and Alejo Road in Downtown Palm Springs. The shortest, 1.5-mile route takes riders past the Palm Springs Art Museum to a finish line near Starbucks Reserve. The 100-mile route circles the valley, bounding around the windmills and into the foothills of the San Bernardino Mountains, through the agricultural areas south of Coachella and La Quinta Cove, around the Indian Wells Tennis Garden, and back to Palm Springs. 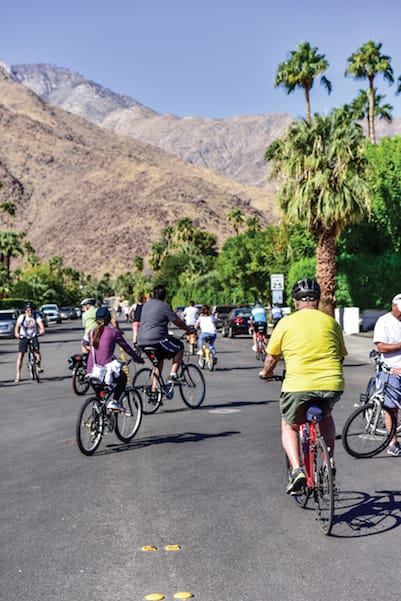 The lengthy desert course connects Palm Springs with Indio. “If I want to do 50 to 100 miles, I take that all the way out and around to the Coachella Valley preserve.” 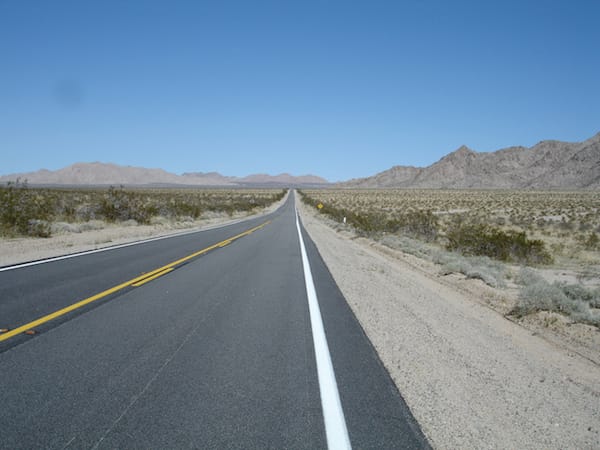 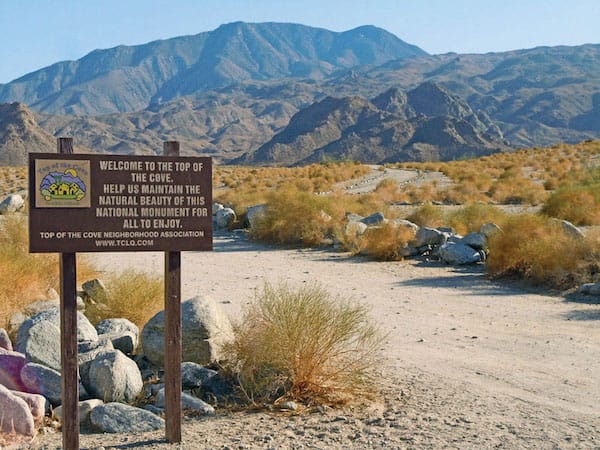 Tucked into the Santa Rosa Mountains, the quiet residential area connects to several dirt trails of varying length and difficulty. “You get a little bit of climbing up there.”

Experts should embark on the Palms to Pines Scenic Byway, from Palm Desert to the mountains. “It’s the most beautiful ride in the world if you’re up for it.” 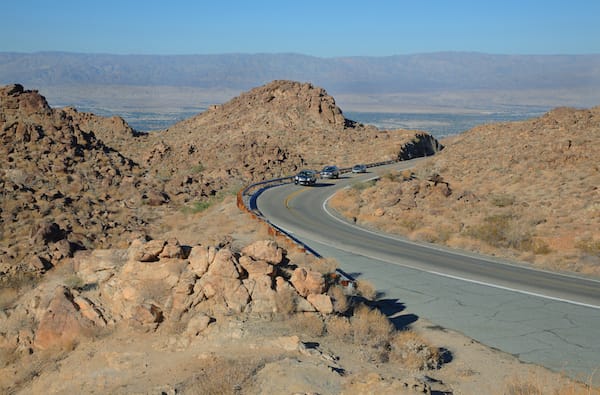