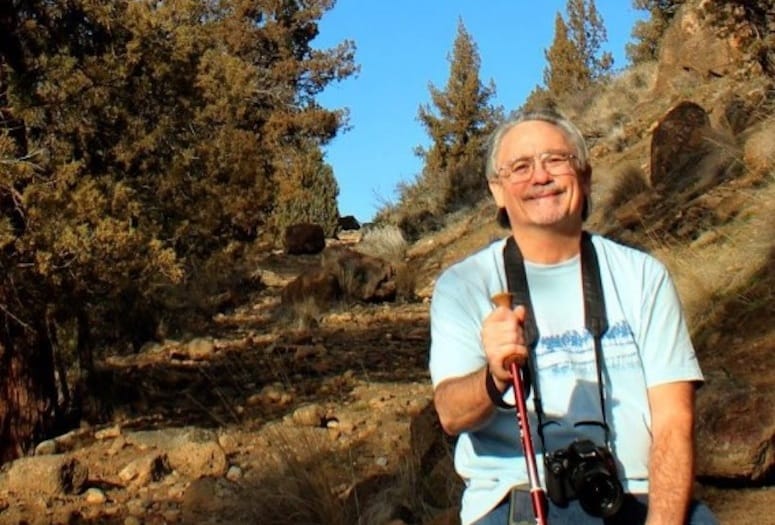 When Gary Burzell was a youngster, he would often tag along on hiking excursions with his grandfather. He fondly harbors those memories of long walks through Borrego Springs and the trails they discovered along the way.

The longtime Coachella Valley resident, who relocated to Oregon in 2012, tackled the trails even while recovering from double hip replacement surgery last year. Twelve weeks after his operation, he was back at it.

Burzell, 60, and his wife Lily, along with family members from Indio, regularly hit the trails. "I really started back into it around 1999 at the age when I was getting out of shape," said Burzell, who was in Oregon for the holidays last year and went on a snowshoe hike on Christmas Eve. "I got married and my wife really enjoyed it too. We started going out on hikes and it grew from there. It's a lifestyle.

"My daughter and 8-year-old grandson are also starting. This is something you can do at any age."

Burzell, whose website is dedicated to hiking in Palm Springs and beyond (www.hiking-in-ps.com), suggests first-timers try the Andreas Canyon/Indians Canyons areas. Also, the McCallum Trail to the Coachella Valley Preserve in Thousand Palms is another good introduction.

"Those are a couple of good ones just to start out walking on the dirt and in rocks," he says. "And they're not too steep."

He advises going as far as you can for the first time out, then try the same trail to go a bit father. It took him four attempts to reach the top of the South Lykken Trail, one of his all-time favorites.

"If you're old enough to have grandkids old enough to hike, it's a great way to get them off their computers, their phones and tablets — and out in nature," he says. "You can teach them a little about nature just being out there.”

"If they're out on a trail and see a Bighorn [sheep] or snake, they'll remember those things for the rest of their lives. Even at Joshua Tree where, unfortunately, you see graffiti, there's something to be taught about the ‘Leave No Trace’ [www.lnt.org ] movement, taking care of your own things, your trash. They learn from this. Have them carry their own water and food where they take the responsibility and know what's needed to be out there." While some trails do offer some shade, it's best to wear a hat to protect yourself from the sun.

Wear a hat. "Whether you're in Palm Springs or in Oregon, a good hat is needed for the sun."

Use trekking poles. "It helps especially for downhill. Using them uphill burns a little more calories."

Drink water. "Important in any climate, even in winter in Palm Springs, and not just a small water bottle."

Wear boots. "Not low-cut boots, but ones that are a little higher because there are a lot of rocks on those trails."

Take care of your toes. "Trim your toenails, especially the big toe. You don't want that big toe jammed into the end of the boot." Hiking Indian Canyons — there is a one-mile trek that is great for beginners.