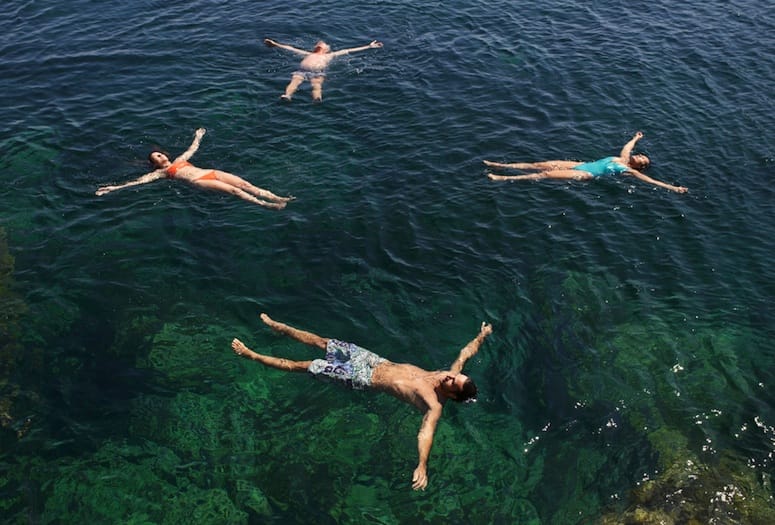 We enjoy personhood subjectively and aesthetically as an object of our consciousness.
Photo by thinkstockphotos.com

Do you like to be in on trends? Then here’s one I’ve spotted for you.

The autonomy of one is trending now. As never before, we are being asked to stand alone. The marketing geniuses are in on it, too. “In the future, all products will be made for a market of one.” The Economist, 2009.

So, who is this one who stands alone and manifests this experimental design? Let’s take a look.

Our sense of who we are is more than the sum of the parts we can identify. We may associate who we are with our ethnicity, gender, family, career, social standing, etc. But it’s funny, isn’t it; we still don’t necessarily feel “known” by ourselves or by those who know these things about us.

In fact, though we may realize that our knowable sense of who we are is hard to describe even to ourselves, uncertainty, if not personally distasteful, is culturally unthinkable. If we can’t put the omnipresent demand for competency in all our roles together seamlessly, logically and psychologically or egoistically, we’re perceived as non-contenders, undependable, unable to stand alone. Indeed, isn’t our identity put into crisis-mode, so to speak, when we feel at the effect of the pressure, when we can’t quite get at how the felt experience of our existence is constituted and what to do about it?

Back to trending now: This human trend toward the autonomy of one is a long-term, evolving phenomenon and its history — the sense of responsibility that led ultimately to its modern emergence — can be seen and told from many vantage points, some poetic, some harsh.

For example, this from Gustave Flaubert’s correspondence* circa 1860: "Just when the gods had ceased to be, and the Christ had not yet come, there was a unique moment in history, between Cicero and Marcus Aurelius when man stood alone."

There is also Hammurabi, king of an early city/state, who warned his subjects that they, though under the influence of gods, would be punished by human-made law (an eye for an eye) if they injured another.

Its history can also be told from the time of the Abrahamic Covenant whose common core of religious teaching gave rise to Judaism, Christianity and Islam. Or we can tell of it from the vantage point of Classical Greece, which culturally idealized the warrior and athlete and was also home to Socrates who laid the fundamentals of modern Western philosophy and invented the teaching practice of pedagogy.

In short, we can view the history of autonomy from many perspectives but they all lead to how it works in liberal, democratic, pragmatically minded America, here and now.
We are asked to store our faith in the sense and sensibilities attached to the extended attention we pay to an independent mind rather than to the isolated authority of what is commonly known as the ego. For it is persons, not egos, who enjoy autonomy and life. We enjoy personhood subjectively and aesthetically as an object of our consciousness. But we also enjoy it functionally, in motion, in the mechanics of the mind/world continuum.

Moving toward a more human existence, the point is to own (to recognize, to know) and not retreat from the structure of perception unifying mind and world we know as personhood. We are functioning as a person among persons and as such, we are subject to relentless demands for competency, that is, to the relationship of reward to merit.

However, the commercial trend toward the autonomy of one predictably takes another approach to our competitive nature, namely technology. For example, by promoting that the most honest way to get down to distinctions about worthiness, or courageous or muscular heroism, is through competition, technologically tracked.

Hundreds of companies will monitor every aspect of our home’s functioning and compare data about our ecological chops to others in a similar income bracket. And companies such as Fitbit sell activity trackers. Designed to be worn 24/7, these trackers use bio-data to demonstrate (on Facebook if we like) that we’re more motivated, focused and fit than any other in our peer group, if not in all the land.

For us, as I said, the autonomy of one is a different matter. We don’t promote the isolated ego’s attempt to demonstrate technologically measured worthiness or valor. We do accept that competence requires personal authority, including the capacity to think wholistically and compete wholeheartedly.

Indeed, the value of reframing our vantage point is compellingly revealed to us in the use we make of our constitutive link in the generational chain of custody of our civilization and of our ability to modulate our experience. Our creativity and desire to contribute are put to use in reinvesting our misplaced egoism in a life that is meaningful to us, that suits who we are as comprehended universally and particularly, that recognizes the civilizing mechanics of personage and that reaches for the most human existence.