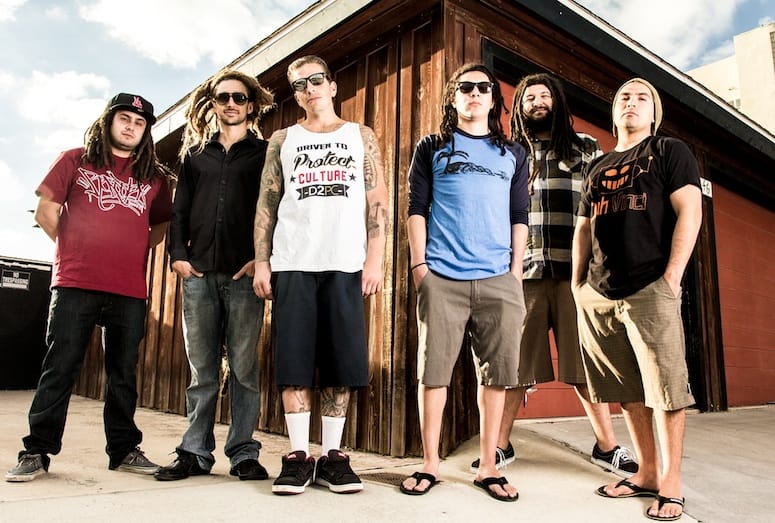 Growing up as kids in San Diego, the sweet wafting tunes of reggae floated through the home of brothers Tony-Ray and Steven Rene Jacobo.

Bob Marley and Steel Pulse were their favorites early on, but as they reached high school they found a St. Croix group called Midnight that inspired the brothers to think about starting their own band.

“Tribes are the original form of family, but more than that, it represents a community, brotherhood, where everyone was looking out for each other, and that’s what we want our band to represent,” says Tony-Ray Jacobo of the Reggae band Tribal Seeds.

The group is currently working on their soon-to-be released album, “Representing”.

“We are going to play three new songs, but I’m not going to say the names. Our hardcore fans will have to figure out which ones are new,” says Tony-Ray about their upcoming Feb. 1 show at The Date Shed in Indio.

After forming their tribe, musically speaking, the brothers never would have guessed whom their paths would cross along this reggae road.

In 2003, when Tony-Ray and Steven began jamming together, never would they suspect within a 10-year period that they would play with and next to Steel Pulse, The Wailers, and Midnight at various shows and festivals.

During that same time period, Tribal Seeds has grown to six members. They have been nominated “Best Of Reggae Albums ” by iTunes for both LP releases, and their last LP, “The Harvest”, hit No. 5 on the Billboard Reggae charts in 2009.

“Amlak Tafari, the bass player for Steel Pulse, pulled me up on stage (at a New Mexico festival in 2013) and had me sing the final number with them. It was unbelievable,” says Tony-Ray.