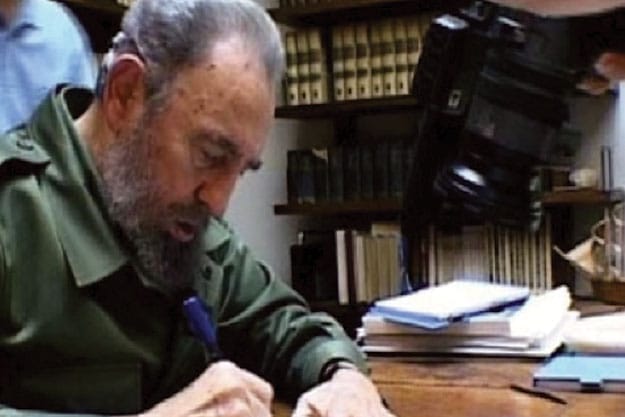 Academy Award-winning producer and director Oliver Stone; his mom, Jacqueline; and his son, Sean (also a filmmaker) sat together in Camelot Theatres for the screening of Comandante. The first of five Oliver Stone documentaries about Fidel Castro, the film opened the inaugural American Documentary Film Festival in Palm Springs. Following the screening to a full house, festival Director Ted Grouya presented Stone with the Filmmaker Who Makes a Difference Award.

In addition to a retrospective including five Oliver Stone documentaries, 54 films shown over the course of the eight-day festival came from around the world: the United States, Canada, Denmark, Norway, Netherlands, United Kingdom, Ireland, France, Spain, Italy, Germany, Russia, Chile, and Australia — and ranged from six minutes to 102 minutes in length. U.S. filmmaker Andrea Meyerson’s I Stand Corrected, about jazz bassist Jennifer Leitham won the Audience Favorite Award, presented on the closing night of festival.

AmDocs 2012, as Grouya refers to his undertaking, was the first documentary festival in which all films were converted to digital cinema format — providing viewers with the best picture and sound available. It showcased a number of world premieres that are already finding sales and distribution deals since their Palm Springs screenings.

AmDocs 2012 also was the first documentary-only film festival to have a U.S. citizens-only film fund competition. An industry panel that included Sean Stone, Ilko Davidov, and Joel Douglas selected the following winners: Bill Siegel for The Trials of Muhammad Ali, Billy Fox for 7th & Hill, Roger Tessier for Dead Man Rockin’, and Sarah Sellman and Greg Grano for American Bear: An Adventure in the Kindness of Strangers.

According to Grouya, AmDocs 2013 “will continue to forge into new arenas, forming an international alliance with several European documentary festivals in order to encourage more intercultural exchanges of films and filmmakers.” Beginning March 28, 2013, the second annual festival will again be hosted by Ric and Rozene Supple’s Camelot Theatres and benefit its nonprofit arts and education arm: Palm Springs Cultural Center.

As with this year’s event, next year’s festival will include free seminars open to the public. “We also plan to host more live events, including music shows in conjunction with screenings, emphasizing the mission that each movie-going experience will be an event,” Grouya says.

Each month leading up to the 2013 event, festival organizers will screen a 2012 film favorite at Camelot Theatres.