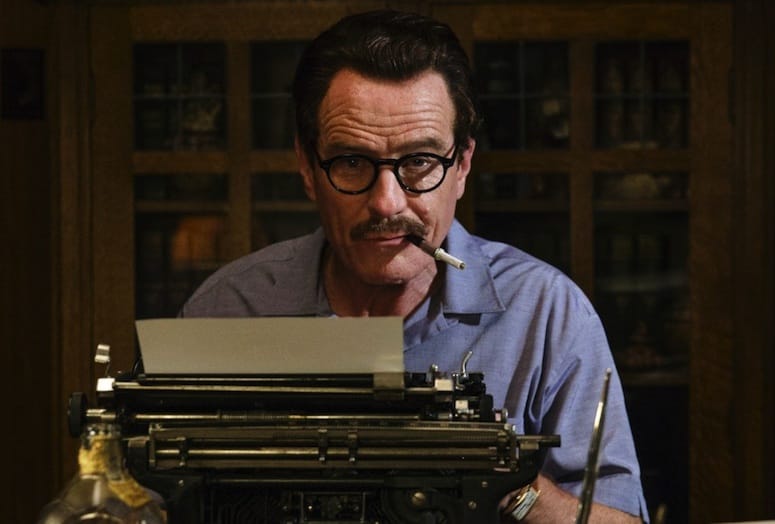 Bryan Cranston couldn't help but be attracted to the enormity of playing a real-life character like Dalton Trumbo.

“He’s flamboyant, dramatic, his choice was to smoke cigarettes with that cigarette holder," said Cranston during a Q&A session following a screening of the film, Trumbo, at the theater he co-owns, Cinemas Palme d’Or in Palm Desert.

“He had a big ego. And a huge flair. He was a writer so he acted all his scenes. He talked his way through dialogue in his head.”

But that's not what sold him on signing the contract to portray Trumbo, which tells the true story of the Hollywood screenwriter who was blacklisted along with several other writers for ties to the Communist Party during the late 1940s. Under a different name, Trumbo wrote screen plays for such Oscar winners as Roman Holiday and The Brave One.

“It really wouldn’t have added up to anything for me to take this part had it not been for the great power of this story, the jeopardy of losing first amendment rights is an enormous thing,” Cranston said.

“These guys went to jail for a year not because they committed a crime, but because this committee (House UnAmerican Activities) wasn’t pleased with their answers. They felt very strongly that the power of the first amendment would be on their side. And it’s not the way it worked out.”

Cranston is among five nominees for Best Actor when the 88th Academy Awards takes place Feb. 28 in Hollywood. The other nominees are Matt Damon (The Martian), Leonrado DiCaprio (The Revenant), Eddie Redmayne (The Danish Girl) and Michael Fassbender (Steve Jobs).

Looking for a place to view the Oscars, check out these options:

VIDEO: Bryan Cranston recounts a funny scenario from playing President Lyndon Johnson in the HBO adaptation, All the Way.