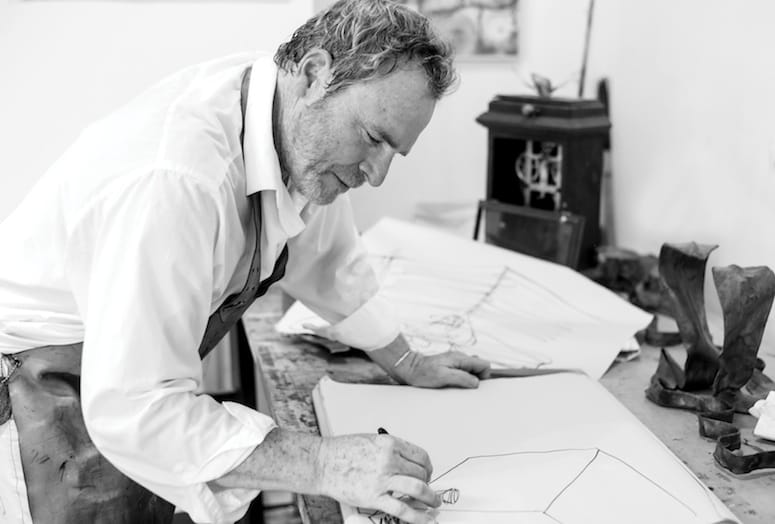 You could easily describe Tim Shockley’s sculpture as clever and playful, but the closer you get to the art and the artist, the more clearly his ideas reflect a lifelong connection to where he is from: a 5-acre ranch in Indio Hills.

“It has everything to do with who I am and how I approach art,” he says as his exhibition at the Festival of the Arts winds down in Laguna Beach. “In the city you’re inundated with things that aren’t real, like billboards and traffic. When you live on a ranch, everything is real. What’s in front of you is a lizard or some bushes or a mountain. As kids we built rock forts, and now I’m a hands-on guy, not technology driven.”

Almost 20 years ago, while participating in a project where artists turned plain white neckties into works of art, Shockley drew from his time on the ranch and ultimately birthed one of his most popular bodies of work, Loose Ties.

“One of my dad’s hillbilly friends taught me how to skin a rattlesnake,” he says. “When I looked at the tie, I thought, this is what a snake looks like when you open it up.” Using a piece of mesh as a stencil, he painted a ground that looked like a snakeskin, and that led to the sculptures. 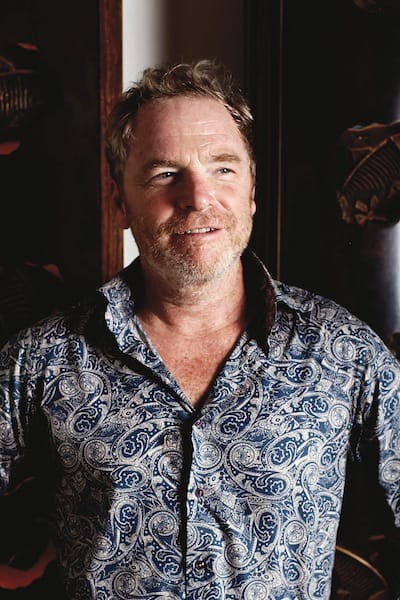 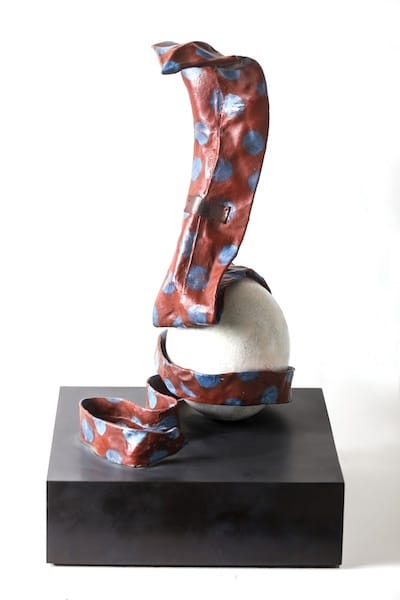 Tim Shockley recalled skinning a rattlesnake when he created his Loose Ties series.

At SOFA Chicago next month, Shockley’s dealer, Maria Elena Kravetz Gallery of Córdoba, Argentina, will exhibit works from his earliest series, Small Reminder, and his most recent, Taming the Wild West. His newest sculpture from the latter series, a tumbleweed fashioned from barbed wire tethered to a ball and chain, appeared in Desert Island, a Desert X parallel project last winter at the Coachella Valley Art Center in Indio.

“I like to tweak the perspective in my work,” says Shockley, who looks up to artists of the Dada movement for their ability to simply express complex ideas. “In this case, it’s by creating tumbleweed out of the material that’s meant to contain it.”

Like the Dadaists’, his ideas appear whimsical, but also pack a message. The works in Taming the Wild West poignantly express that man and nature will never achieve perfect harmony.

At SOFA, his dealer will exhibit barbed-wire tumbleweeds in jail-like cages. “People related to it in the Midwest,” he says of last year’s fair. “I didn’t show as much as I could have, so this year I want to give them a bit more.”

The works will appear with pieces from Small Reminder, a series of cast bronze snail shells that trace to his childhood when he lived in Huntington Beach. “Snails were everywhere,” he says. “It was a struggle to keep the garden alive. My grandfather gave me a hammer, and my job was to smash snails.”

He cast his first snail sculpture in 1989 at College of the Desert’s foundry (now the Walter N. Marks Center for the Arts) in Palm Desert. “What I like is that you can add a couple of snails to anything and they give it a surreal quality.” He put a few on a broken picture frame and immediately gave it a Dadaist vibe.

Aside from simple expressions of clever ideas, the most distinguishing quality of Shockley’s work is his craftsmanship. “The more [skills] you know,” he says, “the more freedom you have to create. I work with my hands and with tools where [other artists] work with electronics. Once art loses the human touch, it loses me.”

Shockley picked up a range of skills over the years while working with other artists and artisans. He learned about steel, welding, and fabrication while assisting artist Steve Webster. He managed an art handling team at Palm Springs Art Museum. 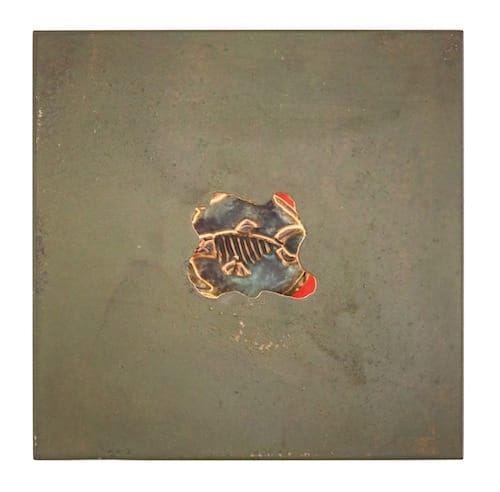 The artist began using light and bronze in his Tempus Fugit series, which also references memories of growing up on an Indio ranch.

He helped Phillip K. Smith III with an installation in the Bay Area that led to a gig earlier this year as project manager for Tavares Strachan’s Desert X installation, I Am. Shockley’s charge was to dig 218 ditches over 98,000 square feet — the size of two football fields — on a Rancho Mirage property, and line each crater with solar-powered neon tubes. When viewed from the sky at night, the installation looked like an explosion of light revealing the phrase “I am.”

Another benefit of working with other artists is the opportunity to trade art. He made his first trade, a large pop art–style painting, with Michael Teague, his former art teacher at Indio High School. Shockley recalls being drawn to its color and organic quality. “You can see the fast, wide brushstrokes,” he says. “The drips and imperfections give it that human touch I want to see in art.”

Teague was a mentor to Shockley, the younger artist explains. “Art is a selfish endeavor in many ways,” he says, adding that his teacher showed him it was possible to be an artist and have a family.

Shockley moved to Laguna Beach after high school and regularly returned to the desert. His visits grew more frequent when he met his wife, Leslie. Eventually they bought a house in Palm Desert, where they still live with their daughter Ellie, dogs Luna and Sophie, and four desert tortoises, including Iris, the namesake of Leslie’s company, Tea With Iris, which sells organic and upcycled women’s and girls’ clothing made on her grandmother’s 1958 Singer Slant-O-Matic sewing machine.

The house showcases his trades and purchases: Teague’s painting, Victoria Calabro’s surrealist “melted” glass picture frame, Colette Hosmer’s globe made of dried preserved minnows, Andrew Myers’ portrait of Shockley constructed with painted screws, Elisabeth Higgins O’Connor’s crudely painted wire sculpture of a standing rabbit, and paintings by Gary Fishman, Elizabeth McGee, Rick Monzon, and Cristopher Cichocki. “I have a hit list,” he says of the artists with whom he wants to trade. “I’m happy to get one off the list, but then I add someone else.”

For Shockley, who likes (and makes) art that’s organic and personal, it’s all about connecting with something real.

Teague was a mentor  to Shockley, the younger artist explains. “Art is a  selfish endeavor in  many ways,” he says, adding  that his teacher showed  it was possible to be an artist  and have a family.