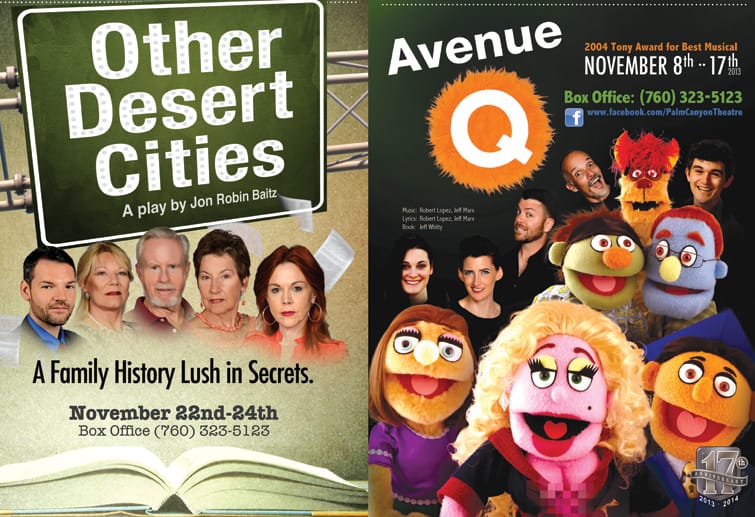 The laugh-out-loud musical follows the story of Princeton, a recent college graduate who moves into a shabby New York apartment on Avenue Q, where he meets Kate Monster (the girl next door), Rod (the Republican), Trekkie Monster (the Internet “sexpert”), Lucy the Slut, and other characters who help Princeton discover his purpose in life.

Avenue Q, the second production in this season’s Broadway Series at the theater, is most memorable for its catchy songs: “What Do You Do With a B.A. in English?,” “It Sucks to Be Me,” “Everyone’s a Little Bit Racist,” “Schadenfreude,” and “The Money Song.”

Jon Robin Baitz’s Other Desert Cities, part of the theater’s Classic Series, comes in perfect time for the holidays. Named for the freeway sign on eastbound Interstate 10, the show is a family reunion from hell.

The play was a finalist for the 2012 Pulitzer Prize for drama.