Tycho Set to Ride the Chillwave at Coachella 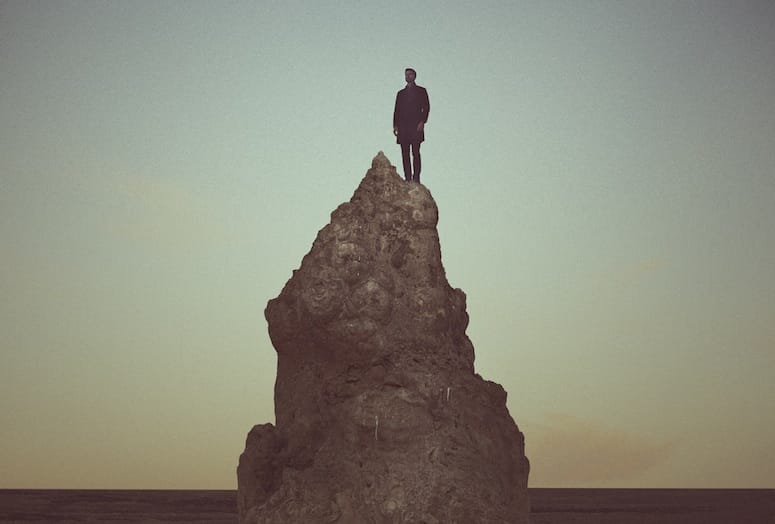 Tycho plays Coachella Music and Arts Festival April 11: “I want to show the audience some new ways of thinking about my stuff."
Photos courtesy of Tycho

If you told ambient chillwave artist Tycho that it seems like he’s in a constant dream state with a course permanently set for the outer reaches of the cosmos, he would very much appreciate the sentiment. That said, “I feel like I’ve gotten to a place where I can translate my ideas a lot smoother into reality,” observes the man also known as Scott Hansen. “I want to keep moving beyond what I’ve already done.”

Hansen, who got his stage name from Tycho Brahe, a 16th-century Danish nobleman and astronomer, is also known for the innovative photography and design work he does under the moniker ISO50. His band has spent most of the past few months touring behind his ambitious 2014 release, Awake, and he’s very much looking forward to upping the ante for the live set being prepped for his first-ever appearance at Coachella.

“I want to introduce some new elements and try to push in new directions instead of going in a linear way,” he explains. “I want to show the audience some new ways of thinking about my stuff. We’ll see how it all comes out. You never know if it’s worthy.” Tycho on Coachella: "I feel like we have to step it up, so we’ve been planning some special stuff in anticipation for it."

Hansen took time out to speak to Palm Springs Life.

You’ve been testing out some new stage elements on your current 2015 tour. Is appearing at Coachella the icing on the live cake, so to speak?
"(chuckles) Oh yeah, of course! We’ve been hoping for that slot for a while, and we’re really honored to be able to play there. I’ve never been to it, but hopefully we’ll have time to enjoy the festival itself. It’s kind of intimidating, because you hear all these stories. We’ve heard about all these crazy productions by people like Daft Punk. I feel like we have to step it up, so we’ve been planning some special stuff in anticipation for it."

Like what? Can you give us a teaser?
"We’re experimenting with a few volumetric effects, like projections through smoke, and other stuff like that right now on this spring tour. But we’re going to scale all that up even more for Coachella."

Are some songs of yours more difficult to play live than others?
"Yeah, putting together “Montana” [from Awake] is one of the most difficult ones. There’s a lot of stuff going on at once there. It’s a very dense, complex arrangement — it’s almost just like a rock song, and not really in the center of what I’ve been doing for a long time. I’m not used to arranging drums that way or guitars in that fashion. Some of the older songs have more complex keyboard passages, like “PBS” [from 2004’s Past Is Prologue]. No matter how many times I play that one, I feel like I still haven’t gotten it."

You’ve been to Coachella Valley before, haven’t you?
"Oh yeah, yeah. I live in San Francisco, so it’s not super-far. I go down there once in a while and hang out. I love Palm Springs. I love the desert. And I love that mountain [in Chino Canyon] where you can ride the tram [Palm Springs Aerial Tram] up to it and go hiking all around it. Joshua Tree is beautiful too. I went there for the first time last year when we played at Pappy & Harriet’s. Just beautiful."

Any other places in Palm Springs you would recommend?
"We once stayed at the East Canyon Hotel [and Spa], a really nice hotel. It was really cool because it looks like an old hotel that had been redone but they kept it the same, like one of those ’40s-through-’60s Route 66 hotels. It was really nice."

What draws you to the desert? I feel that vibe coming through the imagery you’ve used with your some of your album art and live campaigns.
"It’s like the furthest you can get off the earth without leaving. It’s kind of like what the songs Ascension [on 2011’s Dive] and Apogee [on Awake] are about. 'Apogee' means the furthest plane in orbit. I feel like every time I go to the desert, I’m in this outer orbit, you know? The desert is just something I’ve always been drawn to aesthetically. It’s a place I really enjoy being present in. It feels very calming. I feel healthier when I’m up there, respitorially speaking. It seems like the way it’s supposed to be."