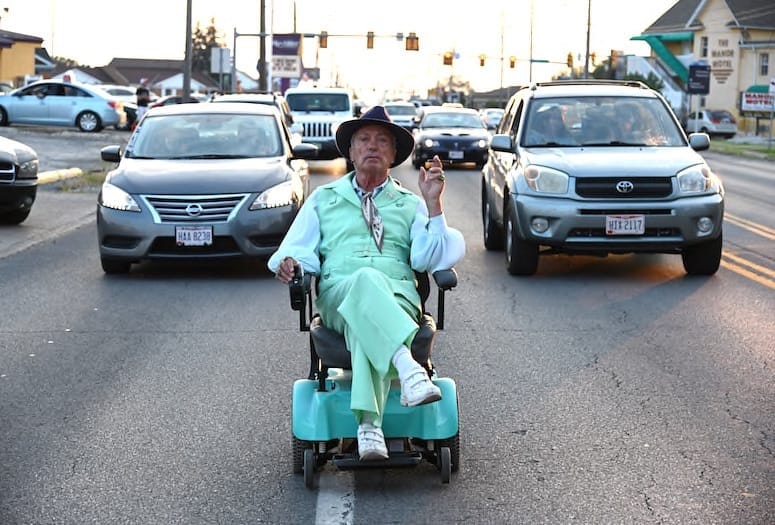 In one of the opening scenes from Swan Song, Udo Kier enjoys a ride down a Sandusky, Ohio street. PHOTOGRAPHS COURTESY MAGNOLIA PICTURES

As far as Udo Kier was concerned, this was the film for him.

For director Todd Stephens, whose film Swan Song pays homage to the late Pat Pitsenberger from his hometown of Sandusky, Ohio, he quickly got on the same page as soon as Kier opened the door to his Palm Springs home.

“Because Pat was from West Virginia and Udo obviously isn’t, I put him (Udo) in but I kept thinking about it," Stephens says. "And the thing about the real Mr. Pat is that he had really big gorgeous blue eyes just like Udo. So I flew to Palm Springs and met Udo, and he opened the door, and he introduced me to his dog, Liza Minnelli, and then I decided to cast him.”

That comment was met with laughter from the audience at the Palm Springs Cultural Center, which held a special screening of the film recently and invited Stephens and Kier to follow with a Q&A. The film continues to screen at the PSCC. Consult their website for screening times. 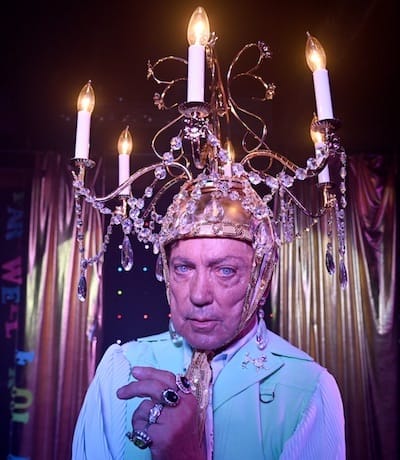 The German-born Kier, who has been cast in hundreds of films over the past 50 years and oftentimes as the villain, plays Pitsenberger, a former hairdresser who back in the day never hid his sexual orientation. The film opens with a lawyer asking Pitsenberger to style the hair of a dead ex-friend (played by Linda Evans) for her funeral and the promise of $25,000. Stephens, who is gay and met his partner 37 years ago in a Sandusky bar recreated for Swan Song, says he’s had the idea for the film in his head for 20+ years.

“In my first film Edge of Seventeen, I wrote a Mr. Pat character that was meant to be a part of my personal coming out story set in the '80s,” Stephens recalls. “The mentor of my character, originally, was Mr. Pat but we literally couldn't find the right actor to play the character so we cut the part.”

Kier made it possible for him to tell that story.

“Swan Song pays homage to that generation in a small town,” Stephens says. “The hairdressers, the florist, the interior decorators, the people that have the courage to be out loud and proud in the '70s, and the '80s. It took a lot of guts, and I feel like I stand on the shoulders of that generation.”

How was the film important to you, Udo?

I'm from Germany, and in Germany if two men, for example, were living together and your neighbors did hear some erotic sound, they could call the police, and they head to jail. So this film is also my evolution, and the evolution of today, people holding hands at Applebee’s or McDonald's, no one cares. If you could have told people years ago that men or women can love each other, can get married, everybody will say, "What? You must be joking." And now you can adopt children, which is wonderful. Coming from that generation, I’m 76, to see the evolution and to see it’s all different and my character tries to blend in, and that was also very important issue of me doing that film. 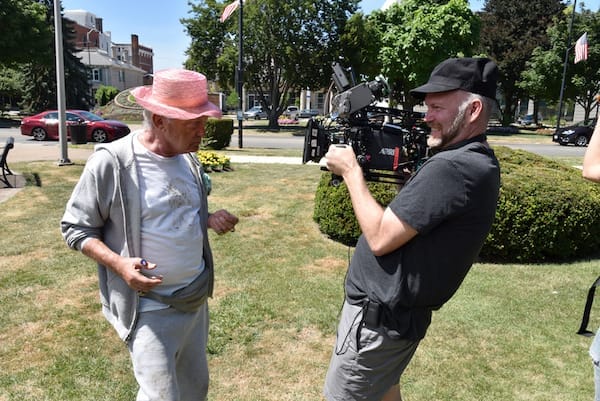 How did you pick Linda Evans for the film?

I don't know if who remembers, but right when it announced that Rock Hudson had AIDS, I think the Dynasty episode came out where Linda Evans kissed Rock Hudson in that episode. And she really stood up for him, really educated people that you can’t get HIV from kissing. And so I remembered that, and we got the script to her, and it just touched her. I mean, it just really spoke to her on many levels. She hadn't done film in about 20 years. She's been retired, so it's been a huge honor for me to bring her back and I think she looks fabulous.

Udo, you have a scene toward the end of the film with Linda. How did that go?

We did not rehearse in the movie. When I met Linda, she wanted to be alone with me and rehearse. So we rehearsed, rehearsed, and rehearsed. And when we were shooting the scene, and she comes alive, we did not act anymore. It was all in us, and that's why she's a wonderful woman.

This was a low-budget film. Did that take anything away from it?

Kier: The street became our studio. Everybody was real. There wasn't any kind of, "Oh no. I don't like it. Where’s my money?”, it wasn't like that. There was no money. (Laughter) I really had a great time doing this movie. 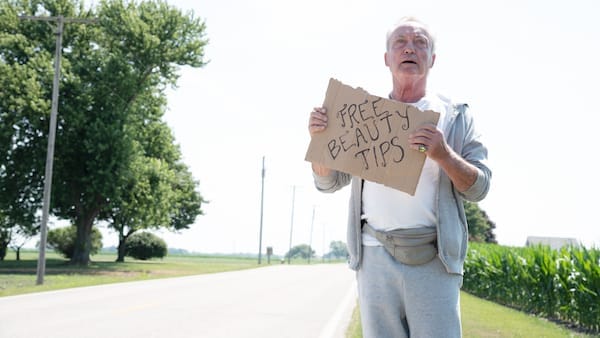 Kier asked for the film to be shot sequentially. How did that work out?

Stephens: Usually you can't do that because you got to shoot everything in locations. But we were able to. And I think that it really helped both of us a lot.

Kier: It helped me to build up to it. I wanted me to be the old man who was famous, has a heart attack, and goes back to his past.

Is this your swan song, Udo?

No. I’m still working. I’m in The Kingdom, The Ark: An Iron Sky Story, and My Neighbor, Adolph.

VIDEO: Udo Kier talks about the role he played in Swan Song compared to the villian characters he is known for.