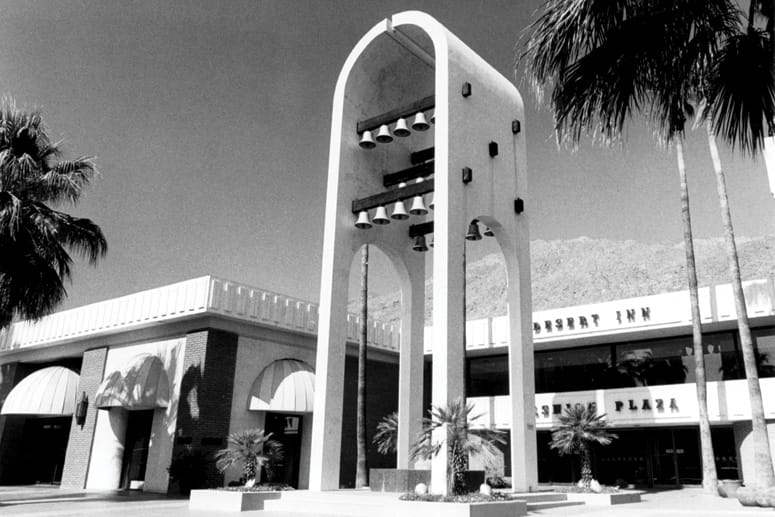 The wine was a Barolo, one of Italy’s finest reds. A classic Barolo requires at least 10 years of aging to tame the tannins — about the amount of time it took for the Desert Fashion Plaza redevelopment project to come of age. Through recession, a changing retail market, and an activist community critical of every plan that surfaced, the property in the heart of downtown sat empty and deteriorating for more than a decade.

The day before his 2010 annual State of the City luncheon, Mayor Steve Pougnet was beyond frustrated, on the verge of asking the city to file eminent domain against owner John Wessman, if only to set the project in motion. Late in the day, he called Michael Braun, Wessman Development Company senior vice president. Braun set up a meeting at Wessman’s house for that night.

“I went up to the house with Michael and we sat down with John over a glass of wine,” Pougnet recalls. “After an hour or so, John and I had worked out our differences and we shook hands on it. The next day, I was able to announce the breakthrough to the community leaders gathered at the convention center for the luncheon.”

Braun remembers the evening a bit differently. “We met for five hours, and it might have been more than one bottle of wine,” he laughs.

Pougnet says, “Until that night, I spent every day for nine years thinking and worrying about the site. Not a day goes by that the project isn’t my No. 1 priority. It follows me everywhere. Since that night, our communication has been great. Michael Braun and I have stayed in close touch every day to keep the project moving forward.”

The first of Desert Fashion Plaza’s old buildings, Bank of America, came down in 2012 to make room for a 26-foot-high Forever Marilyn statue that has since become an icon for downtown Palm Springs. According to Braun, demolition of the rest of the site will be finished and new construction will start in early 2014, with a grand opening in late 2015.

“The project acknowledges and celebrates the brand that is Palm Springs,” Wessman says. “The new downtown will enhance our brand, once again making Palm Springs one of the top tourist attractions in Southern California. It will benefit all of Palm Springs and the valley.”

Two essential pieces of the redevelopment project aim to capture a wide demographic and optimize the allure of sunny Palm Springs. Outdoor areas include a central park and space for events. The Palomar, the Kimpton-branded hotel that is the new plaza’s showpiece, will have the Coachella Valley’s only rooftop bar and pool, along with expansive space for weddings, special events, and meetings. “I can’t tell you how excited I am,” Pougnet says. “We already have a great vibe and energy downtown. This will be transformational.”

Braun will drink to that. He says that because shopping is becoming more of a social activity, retailers must deliver a better, richer experience for their customers, one in which mobile, online, and in-store shopping complement one another. The new development, tentatively called Museum Market Plaza, will work with tenants to create a seamless, multimedia shopping and entertainment experience.