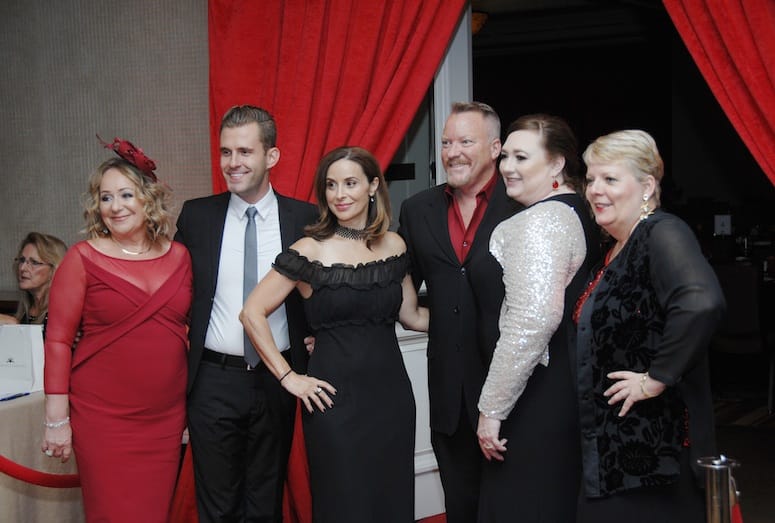 The black-tie-optional dress code allowed men to be creative with tuxedos, while women looked ravishing in the evening’s suggested colors: red, black, and gold.

Jack Fitzgerald, president emeritus of United Way of the Desert, presented a touching tribute to honor the late John J. Benoit, a member of the Riverside County Board of Supervisors from 2009–2016, for his dedication to United Way of the Desert as well as many other community organizations. The inaugural John J. Benoit Community Hero Award was presented to Benoit’s wife, Sheryl.

The Sensation Show Band played soft jazz during dinner and amped up the rhythm after the auction to lure guests onto the dance floor.

Kristal Granados, United Way’s executive director, noted, “Thousands of individuals support our workplace campaign to address the needs of our residents. The gala is our time to reaffirm the power of our collective impact.”