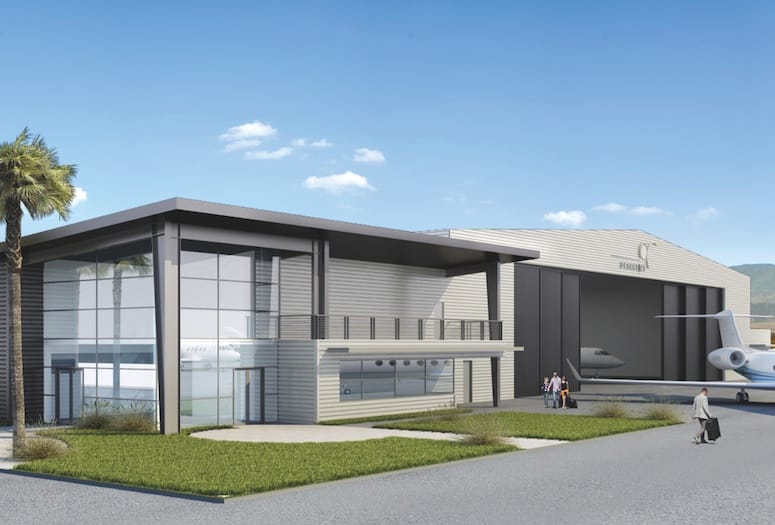 A flurry of activity has Jacqueline Cochran Regional Airport buzzing, and most of the action is taking off away from the runways.

Over the last 18 months, the airport, located in Thermal and owned and managed by Riverside County, has broken ground on projects to expand capacity, increase service, and create economic opportunity.

Denise Wilson, president and CEO of Desert Jet, started the company to be like a private car service of the sky. “Individuals who value their time can fly without the hassles and inconvenience of airline travel,” she says, adding that there are no membership or fractional share requirements.

The expansion includes a state-of-the-art conference room, catering kitchen, jet maintenance shop space, the capacity to store 48,000 gallons of jet fuel, and 23,000 square feet of hangar space with door heights of 28 feet and a width of 130 feet to accommodate the latest corporate jets.

Meanwhile, Oliphant Aviation has begun selling and renting aircraft storage hangars in a new complex that will grow the airport’s capacity by about 10 percent. “Our clientele … want to put their airplanes in shade,” says longtime desert developer Dick Oliphant. “They’re here and all over, and they come in and out frequently. There’s a lot of them out there.”

With a shortage of private hangars at airports in Palm Springs and Bermuda Dunes, the new facilities at Jacqueline Cochran are meeting growing demand for space. The demand comes not only from high-wealth businesspeople who frequent the desert, but also from members of the Thermal Club, a private racetrack for owners of luxury sports cars situated on 344 acres south of the airport. About 80 percent of them also own aircraft, Oliphant estimates.

Major events such as the BNP Paribas Open tennis tournament and Goldenvoice concerts (Coachella, Stagecoach, and Desert Trip) also factor into the 90,000 annual takeoffs and landings at Jacqueline Cochran.