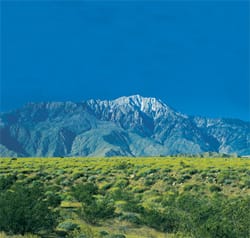 In a few days, you will probably offer a little prayer of thanks that it’s all over — the 2006 general election,
we mean. From Connecticut to the Coachella Valley, Nov. 7 will bring at least a brief national suspension of campaign posing, polling, and speech-ifying — but not, we hasten to note, of media punditry and pontification. It is an irrefutable fact of modern life that old columnists never die; they just opine away.

In that spirit, we’re hazarding a few modest election predictions. This is supposed to be a big Democratic year, yet as we write (some five weeks before the event), we’ve no idea whether Democrats will succeed in capturing one, neither, or both houses of Congress in Washington, D.C. How different that is from no-surprises Sacramento, where Democratic control of the state Senate and Assembly is guaranteed until the next legislative reapportionment — unlikely to occur before the 2010 U.S. Census results compel it, of course, despite occasional bipartisan blather to the contrary. Not to worry. Both parties get to luxuriate in the security of calculatedly “safe” seats. There are only a handful of exceptions in the entire state.

One of these, ironically, is right here: the 80th Assembly District, which currently consists of the West Valley linked to the East Valley by a strip running north of Interstate 10, plus all of rural, largely Latino Imperial County. Skillfully manipulating post-Census 2000 demographics, its designers surgically removed the heavily GOP midvalley — Rancho Mirage, Palm Desert, Indian Wells, Bermuda Dunes — and created a reliably Democratic seat, or so they thought. As it happened, they were wrong. Republican Bonnie Garcia of Cathedral City was narrowly elected in 2002, pleased her constituents well enough to win in a walk in ’04, and is now running for her third and final Assembly term.

In her previous two races, Ms. Garcia not only proved herself a highly effective campaigner, but also benefited immensely from the ineptness of her opponents. Apparently, this year is no different. Her Democratic challenger is Steve Clute, a former Sacramento legislator who has spent much of the last dozen years trying to return and losing every time. His woefully funded campaign remained all but invisible by our late-September deadline, a strong indicator that the state party had written him off. Small wonder — the quick-witted Ms. Garcia seems able to turn even potential public embarrassments into assets. (See the following article.) Speaking off the record, some local Democratic leaders have said their chance will come in 2008, when term limits force her to vacate the 80th District seat. For now, it is our not-particularly-gutsy prediction that Assemblywoman Garcia will win reelection handily.

There is one other partisan valley race; it is much more intense, and has attracted far more ink and air time. Democrat David Roth is taking on incumbent Republican Mary Bono, who has represented California’s 45th Congressional District since her late husband and predecessor, then-Congressman Sonny Bono, was killed in a skiing accident nine years ago. In Mr. Roth, she is facing her first really serious electoral challenge. He is a recent desert arrival (although he had frequented the desert since childhood and took his first job at the Palm Springs Aerial Tramway), and this is his first bid for elected office. However, he brings to bear big-gun advisers, substantial funding, and other evidence of at least a limited state and national party commitment and a fervent band of valley supporters mostly concentrated in Palm Springs.

His fundamental problem lies in the 45th’s demographics. Its two population centers are the Coachella and San Jacinto valleys. In the latter (the Hemet area), registered Republicans dominate. They are much the stronger party here, as well. True, Democrats hold pluralities of reg-istered voters in three of the valley’s nine cities — heavily so in Coachella with its small voting base and by ratios of about 5 to 4 in Indio and Palm Springs. But GOP registrants outnumber them in the unincorporated areas (Bermuda Dunes, Sun City, etc.) and in the other six cities — marginally in Desert Hot Springs and Cathedral City and overwhelmingly in the midvalley and La Quinta.

A Roth victory would thus require his holding all registered Democrats and winning over the vast majority of district independents, while thousands of unhappy Republicans stay home. That combination presumes a wave of anti-Bush voter sentiment sufficiently seismic for a left-leaning Democrat to take down a historically popular Republican incumbent in a solidly GOP district. To realists, such a triple-whammy is wildly improbable. Our prediction: Mary Bono will be re-elected by a somewhat reduced but still convincing majority.

Meanwhile, a couple of valley municipal contests offer interesting twists. Running for re-election in Cathedral City, Councilman Paul Marchand’s publicly stated “priority” issue (at least initially) was “trying to get away from the city’s old nickname, Cat City, and the stigma associated with it.” By that he meant its one-time (pre-World War II?) reputation for “brothels and prostitutes.”

Ah, c’mon. Contemporary valley residents know the spoken phrase “Cat City” carries no negative connotation. It is simply a conversational elision of an inconveniently long name, oral shorthand in the same sense that one says “L.A.,” “D.H.S.,” or “San Fran” (never “Frisco,” of course). It’s a lazy habit and not easy to break. Moreover, if the councilman is correct in believing that casual use of the phrase “Cat City” is his big-gest problem, then Cathedral City must truly be America’s most trouble-free municipality.

Finally, this election furnishes a classic example of Palm Desert’s distinctive civic culture. There, three city council seats are at stake. One was vacated by longtime Councilman Buford Crites, who recently resigned halfway through his term. The other two seats are for the usual four-year terms. Three candidates are vying for the two-year position, two of whom — Cindy Finerty and Sabby Jonathan — are eminently council-ready by Palm Desert criteria. Both have “paid their dues” with years of residency and civic good-works, including lengthy ser-vice on the planning commission, this city’s traditional steppingstone to the council.

So isn’t it odd that, with those credentials, neither is seeking a four-year term? No, that’s the way things work there. Council members Jean Benson and Jim Ferguson are running again, and in Palm Desert it is absolutely not the done thing to challenge incumbents at the polls. Anyone who does so, like one suicidal soul who is presently attempting it, is virtually sure to lose.

Mr. Ferguson himself is the only exception in at least 20 years.

For a long time, Palm Desert citizens have evidently liked how their city functions and wanted more of the same — and for that, they figure they might as well keep re-electing the experts.

Sun sets ‘prissy’ standard Quite apart from her re-election campaign, Assemblywoman Bonnie Garcia has had an enlivening few months. She was attending a summer birthday party in Sacramento when a tableside cooking accident briefly set her shirt on fire. Fortunately, a couple of fellow legislators at the dinner slapped the fire out before either she or the shirt sustained injury. A June 22 Desert Sun article quoted her joking response, “I guess you can call me a hot Latina.” Deep down, though, Sun editors blanch at such un-PC phrases, even when a Latina makes them.

Fate struck again in early September, this time in the form of Ms. Garcia’s good friend and political ally, Gov. Arnold Schwarzenegger. While bantering privately with his chief of staff, he segued from fond references to Ms. Garcia into more general remarks. Example: “Hot” personalities are produced when “black blood” and “Latino blood” mix. Oops! He presumably forgot that every word of his staff meetings is recorded. An audiotape found its way to a salivating Los Angeles Times, where a manufactured firestorm duly flared on Sept. 8. With Assemblywoman Garcia standing beside him, Mr. Schwarzenegger apologized (“I cringed when I read it”) and the unflappable Ms. Garcia denied taking offense or even the need for an apology, observing that this was only “a cheap political ploy.” Those two must have been convincing, because Democratic and Latino leaders in Sacramento subsequently dismissed the incident as an aberration and without significance.

And so the hubbub swiftly died, except around here. Some two dozen protestors picketed Ms. Garcia’s Cathedral City office, angered by her refusal to accept victimhood. They were madder at her than they were at the governor. And on Sept. 12, a lengthy Sun editorial flayed Mr. Schwarzenegger for his “offensive remarks” and Ms. Garcia for defending them.

Sun editors apparently claim the right to define permissible behavior for each member of a minority group. They are shocked by Assemblywoman Garcia’s unscripted conduct. Actually, that editorial set a new standard for prissy self-importance at our favorite valley newspaper. Some of the suits there take themselves ever so seriously — too bad for them that nobody else does.

The opinions in the Valley Observer are those of Hank Stokes. You can reach him in care of Palm Springs Life.