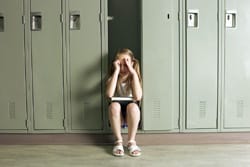 Don’t believe everything you read — that is, if you can read

We’ve all heard Mark Twain’s supposed quip: “Everybody talks about the weather, but nobody does anything about it.” While there’s no proof the witticism was Twain’s — although it surely does sound like him — it could aptly be said today of this country’s public education machine. Like the weather, plenty of deeply caring folks would do something about our abysmal 21st century schools if they could. But they can’t.

In state after state, the education establishment has seen to that. They have created an inviolable and marvelously self-perpetuating feeding trough for themselves. For everyone else it is dysfunctional: The actual education of children seems to be a very low priority. For years, comparative surveys of student knowledge across the developed world have ranked U.S. schoolchildren last or nearly so. The consequences to the postindustrial United States are intensely practical. Microsoft’s Bill Gates and Apple’s Steve Jobs — who seldom agree on anything — agree on this. In recent weeks, each has publicly deplored the growing shortage of highly skilled U.S. workers, though they come at the problem with different emphases. Mr. Jobs condemns the teachers unions; Mr. Gates would help fill the gap by allowing much larger numbers of qualified immigrants. Both arguments rest on the premise that our schools are failing.

In this as in so much else, California leads the way. Just as the United States lags in international student testing, so California lags nationally. Any remaining doubt on that score seems to have been settled with the mid-March release of a voluminous, complex, multisourced professional assessment of the California public schools. It is the result of a 2005 bipartisan gubernatorial/legislative request: a compilation of 23 university studies, in and out of state, coordinated by the Institute for Research on Education Policy and Practice at Stanford University. It took nearly two years to complete and was entirely financed by private nonprofit foundations. (You can slog through it here).

The report is damning. The New York Times, with perhaps a hint of East Coast smugness, described it as “a scathing 18-month evaluation of California’s public schools. … [It] has concluded that the state’s educational system is ‘broken,’ crippled by a complex bureaucracy, flawed teacher policies, and misspent school money.” Commenting editorially on the report, The Press-Enterprise thundered that California has “one of the most regulated but least effective public education systems in the country.”

Sacramento Bee columnist Dan Weintraub summed up the report’s most fundamental proposed reform: “The state government should set academic standards, assess student performance, and hold schools accountable, and then get out of the way and let local educators find the best way to teach our kids.” In short, give the school districts the money and turn ’em loose.

Bloated state officialdom and its political poodles aren’t likely to let that happen. But even if they did, are the locals any smarter? We doubt it.

Coincidentally, not long before this depressing report was published, The Desert Sun readers were treated to a four-page advertising insert titled “A supplement from the Palm Springs Unified School District.” This was a typical PR production meant to inform the public of all the peachy-keen things happening at the PSUSD. It was pure puffery, of course, yet no more blatant in that respect than desert residents routinely encounter in their respective city newsletters. But official communications from professional U.S. educators differ in one vital sense: Citizens expect that these will pay careful attention to the English language — which, whether spoken or written, is every school’s primary teaching tool.

In this case, parts of the insert were atrociously written, although we honestly tried not to be picky. For instance, one article quoted a visiting speaker’s advice that students should “all inspire [sic] to be like Martin Luther King, Jr.” But we chalked up this too-obvious howler to the combination of a typo and sloppy copyediting. (It happens. We know.)

Another story’s weird fixation on capitalizing place names in Manhattan struck us as less pardonable: “The World Trade Center Site … The Statue of Liberty … The Metropolitan Museum of Art … The Guggenheim Museum.” What’s with this capitalizing every “t” in town, not to mention the nonproper noun “site?” Many institutions tart up the lowly “the” these days (The River, The Reserve, The Desert Sun, etc.), but the New York tourist spots cited in that story are not among them.

But it was the excessively dreadful front-page account of a district “PLC workshop” (don’t even ask what that is) that finally got to us. Its language gaffes would have disgraced a ditch-digging manual, let alone a school publication. Whoever wrote it must have taken remedial English — and flunked. His/her prose was hopelessly muddled: “In reflecting upon the workshop, several teachers commented that they appreciated the fact that the focus of the two days was on the creation of an overall culture within the school rather than one of the newest educational reforms that seem to come and go as time moves on.” Huh?

And at least one passage in the story was virtually incoherent: “Others commented that they’ve learned that they need to collaborate differently to be most effective and that [sic] now realize that as a teacher [sic] they are not only responsible for their own class but the students in the entire grade level.” Would you knowingly entrust your child’s education to someone who can concoct a sentence like that? So much for the local guys saving education from state bureaucrats. Gobbledygook is gobbledygook, whether it originates in an intellectual sinkhole in Sacramento or in our own valley school districts.

When this devastating report on California schools was released, the governor immediately issued a statement promising changes. The great and the good in both political parties quickly got on board. Like the report itself, everyone stressed the need for “accountability.”

And there’s the rub, we think. There is no real accountability in U.S. public education, nor can there be. Addressing a New York audience this February, Apple’s Steve Jobs put his finger on why. “I believe that our schools have become unionized in the worst possible way,” he said. “What kind of person could you get to run a small business if you told them they couldn’t get rid of people that they thought weren’t any good? … This unionization and lifetime employment of K-12 teachers is off-the-charts crazy.”

If you cannot fire a teacher (or administrator) for incompetence — the unions say you can, but in practice it is all but impossible — and if you cannot reward superior teaching regardless of seniority, then “accountability” has no meaning. And without genuine accountability, educational reform in any basic sense will never happen.

The new millennium has not been kind to the Los Angeles Times. Come to think of it, nor were the final years of the old century. Remember the Staples Center shared-revenue scandal in 1999? Some very important heads rolled back then. In 2000, the Chandler family sold their Times-Mirror Co. to Chicago’s Tribune Co., whereupon additional heads rolled. Then came plunging circulation numbers, the failure of satellite editions, multiple layoffs (more heads), resignations in reaction to those layoffs, a musical chairs progression of publishers and top editors, Tribune Co.’s decision to offer itself for sale as a whole or in pieces, including the Times, and so on. It makes a dismal tale.

In mid-March, yet another all-too public internal flap roiled the Times. Editorial Page Editor Andrés Martinez quit when it was revealed he was dating an executive in the PR firm that represents Hollywood honcho Brian Grazer’s production company. Mr. Martinez, you see, had invited Mr. Grazer to pick the op-ed writers for a special March 25 Sunday opinion section (“Current”). He was to be the first in a series of guest editors — said to include Donald Rumsfeld and Magic Johnson. But when publisher David Hiller learned of the possible conflict of interest, he canceled the issue. Since scanning the alternative newspaper LA Weekly’s reported list of Mr. Grazer’s chosen writers and subjects, we say it was no great loss. And anyway, what is this guest-editor nonsense except the latest ill-conceived attempt to reverse hemorrhaging readership?

Mr. Martinez was furious; and in a lengthy, plaintive memo to his ex-staff (thoughtfully reprinted for us common folk in Editor & Publisher), he denied any conflict of interest. Mr. Hiller duly replied, and pretty soon battle was joined, mostly through third parties and on the Internet. Gleeful bloggers dubbed it “Grazergate.” Meanwhile, the once-mighty Los Angeles Times lurches unimpeded toward potential meltdown as both a business and an institution.

Desert Hot Springs voters chose Scott Matas from a five-person field on March 6 to fill the unexpired city council term of the late Gary Bosworth. They also defeated Measure A, which would have replaced direct election of the mayor with an annual rotation among sitting city council members. Both results were clear-cut; neither was a landslide. According to the county registrar of voters, the turnout was 25.69 percent of the city’s 6,866 registered voters. If you apply the most recent state ratio of registered to eligible voters, roughly one in seven D.H.S. citizens decided for all the rest. Even for a special election, that’s a somewhat shocking number.

College of the Desert has awarded its first honorary associate’s degree in 30 years to Mayor Pro Tem Jean Benson of Palm Desert. (The last such honoree was Bob Hope.) The occasion was a Rotary Club-sponsored dinner in late March to name her Palm Desert’s Citizen of the Year. Ms. Benson has sat continuously on the city council since 1984. Before that, she helped lead the city’s incorporation effort in 1973 and was elected to its first council. She is a civic patriot, yet is seen as the valley’s most consistent exponent of intercity cooperation. She is also immensely popular. To paraphrase the Sara Lee commercial, “Nobody doesn’t like Jean Benson.”

The opinions in Valley Observer are those of Hank Stokes, who may be reached in care of Palm Springs Life.