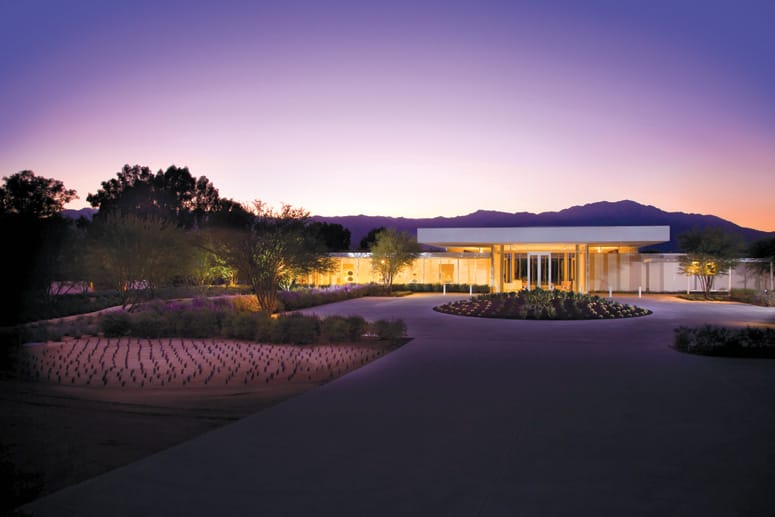 The popular event has breathed life into Uptown Palm Springs, which has fashioned itself as a design district, and inspired a community of architects, interior designers, event planners, and Realtors who specialize in perpetuating the modern vibe.

On the heels of Fashion Week, foodies and wine lovers enjoy the three-day Food+Wine Festival Palm Desert, a celebration of culinary finery with celebrity and Jame Beard award-winning chefs, grand tastings, and demonstrations.

ArtsOasis, an initiative of the Coachella Valley Economic Partnership, is building the creative segment by supporting school programs and attracting high-paying jobs.

ArtsOasis works with Palm Springs Women in Film and Television International and CVEP’s Workforce Excellence and Arts, Media and Entertainment Industry Councils to prepare students for creative careers. “Sixty percent of high school students live in families below the poverty level in this community,” says Robert Stearns, president of ArtsOasis. “Many don’t know they could have a job as a gaffer on a movie set. Here, they can learn about careers, graduate with a high school degree, and work in an exciting theater or film production capacity.”

REALIZING A VISION
Meet Levi Vincent of pstalent.com, a virtual production and animation company that operates inside the Sony PlayStation Home network, with license agreements to develop entertainment platforms. Vincent is one of the first five graduates of the Coachella Valley Innovation Hub Accelerator Campus.