Maggie Gyllenhaal Among Variety's 10 Directors to Watch in 2022 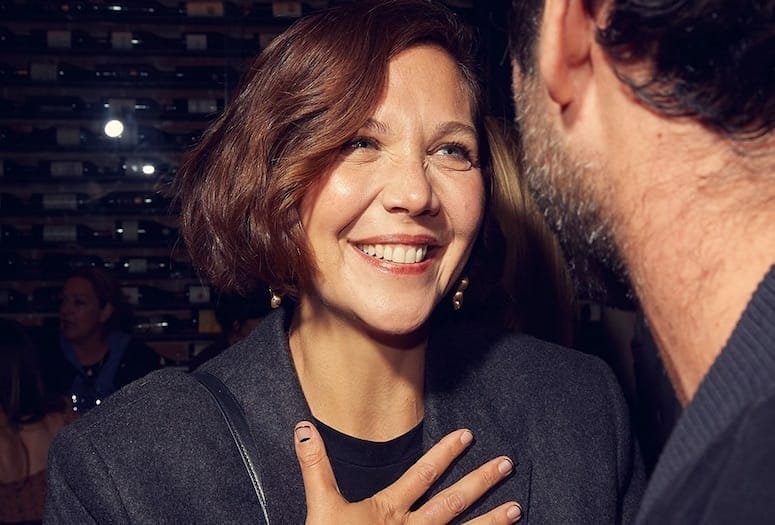 AcTress Maggie Gyllenhaal is being recognized for her directing talents after being named to Variety's 10 Directors to Watch in 2022. The diretors will be honored with an in-person brunch event in January 2022 during the Palm Springs International Film Festival.
PHOTOGRAPH COURTESY "THE LOST DAUGHTER" ON FACEBOOK

And now, on the strength of that track record, Variety announces 10 more helmers with sterling futures ahead: the class of 2022.  It’s a decidedly forward-looking — and female-driven — group of visionaries this time around, spanning genres, languages and a wide variety of backgrounds.

Just two of the 10 directors are men. Only four of the films have already premiered to the world at large; the remaining six are set to bow at high-profile festivals in 2022. (The selection process relies on Variety editors screening dozens of new and upcoming features, and curating a mix of the most promising emerging talents from among those first and second films.)

The most recognizable of the bunch is Maggie Gyllenhaal, whose directorial debut, The Lost Daughter, heralded the arrival of an exciting new voice when it premiered at the Venice Film Festival. Bowing alongside her, Audrey Diwan won the Golden Lion there for 1960s-set French abortion drama Happening. Another standout from the recent festival circuit, documentary veteran Tatiana Huezo’s powerful Prayers for the Stolen, about girls growing up in the shadow of an opium cartel, is representing Mexico in the Oscar international feature competition.

Gyllenhaal isn’t the only actor-turned-director on the list this year. Both Megan Park and Cooper Raiff broke out of the SXSW pack with their first features, school-shooting survivor story The Fallout and indie college comedy Shithouse, respectively. Raiff wrote, directed, produced and stars in Cha Cha Real Smooth, an age-gap love story in which his character falls for young mother Dakota Johnson. New Line will release The Fallout in early 2022.

Another sui generis auteur, Australia-educated Goran Stolevski, channels folklore from his native Macedonia in his own supernatural feature debut, You Won’t Be Alone, which explores gender and identity issues in ways that audiences have never seen before. And Aitch Alberto — the first trans director ever to make the list — is also guaranteed to surprise, with her sensitive and surreal adaptation of the beloved queer YA romance Aristotle and Dante Discover the Secrets of the Universe.

The 10 Directors to Watch are:

Variety’s 10 to Watch series spotlights emerging writers, actors, producers, directors, comics and cinematographers. Each of these lists is curated by a team of Variety editors, critics, and reporters.

The directors selected for this year’s list will be honored in person at a brunch event on Jan. 7 at the Palm Springs International Film Festival, which resumes in-person screenings, panels and parties in early January, following a COVID-impacted virtual edition in 2020.