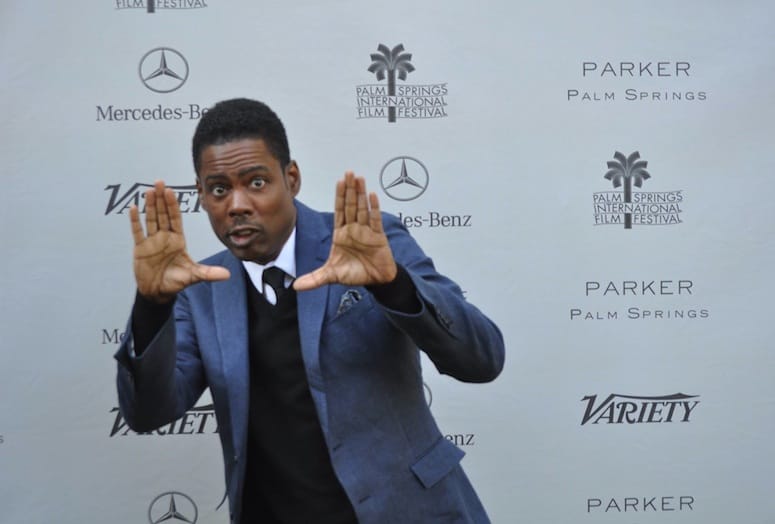 Variety's Sunday Brunch has become the hottest event of the entire Palm Springs International Film Festival. It takes place the morning after the gala and it’s just as star-studded; it fetes actors and directors with the Creative Impact Awards in the beautiful gardens of the Parker resort.

Julianne Moore warmly introduced Steve Carell as “the best on-screen husband” she’s ever had. She also praised his effortless ability to act because “he puts his soul” into it. Steve accepted the award by thanking his second-grade teacher for giving his first acting role in a Thanksgiving play. “If he had singled out my science project I would have won a Nobel Prize. Instead, I have a Creative Impact Award and I’m OK with that,” he said.

Rosamund Pike, the star of Gone Girl and recipient of the PSIFF Breakthrough Performance Award, introduced Rob Marshall. The Into the Woods director comes from musical theater and never believed that musicals are dead because they are a “true American art form.”

Director Richard Linklater presented Chris Rock with the Creative Impact in Comedy Award. Rock’s speech was hilarious and admitted that filmmakers are not in Palm Springs “because we like cactus. We’re trolling for Oscar votes, let’s be honest.”

He hopes his film, Top Five, will be nominated, so he can bring his mother to the Oscars, if not “I’ll take her to Fatburger.”

The backdrop of the San Jacinto Mountains framed by the tall palm trees make this brunch a picturesque and informal affair where many filmmakers and movie stars feel relaxed and spontaneously start a conversation while waiting in line for an omelette or a glass of mimosa.

I had the opportunity to chat briefly with Rosamund Pike, who just gave birth four weeks ago and looked stunning, about her stellar portrayal of Amy Dunne in Gone Girl. She understood the character because “Amy had a difficult childhood. Her parents used her.”

Song One director Kate Barker-Froyland shared that the movie, starring Anne Hathaway, took 28 days to film in one New York block. Barker-Froyland also wrote the script but she revealed that is not based on her life or experiences, it’s purely fictional.