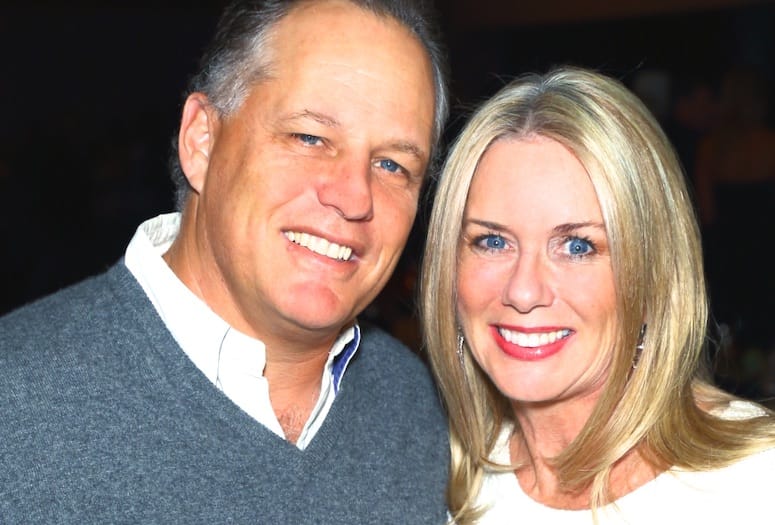 Todd and Meg Marker of Marker Broadcasting have hosted a two-day Radiothon to benefit Variety of the Desert for 25 years.
PHOTOGRAPH COURTESY MEG MARKER

Twenty-five years ago, Variety of the Desert was looking for a helping hand.

Todd and Meg Marker reached out in 1996 with a firm grip that continues today. As owners of Marker Broadcasting, the couple have dedicated KPLM-FM over a 48-hour period to raise money for the charity, translating into more than $1.7 million in donations which have helped purchase over 7,000 new bicycles and helmets for needy grade school children.

This year’s Radiothon, set for Nov. 3-4, celebrates Marker Broadcasting’s commitment but perhaps more importantly to Todd Marker it reinforces the reason he and his wife became involved in the first place.

“Monty Hall and Bob Brown paid a visit to me and my wife at the radio station and told us the chapter was running out of money, and what their mission statement was of helping the neediest kids right here in the Coachella Valley,” Todd recalls. “We thought it was a good mission because we want to invest in the kids. They are our future. We liked that all of the money stayed here to help the kids.”

During the Radiothon, KPLM-FM fans will still hear the top country songs spun by their favorite deejays, but inserted will be special pre-recorded vignettes about the kids who have received help from Variety along with interviews with civic leaders and people who have been touched by the charity.

Todd Marker talks more about how Variety has been a good match with Palm Springs Life.

The pandemic has made this a very challenging year for a lot of organizations who seek donations to fund their programs. How did they figure into your decision to go ahead with this year’s Radiothon?

We think it’s important to continue the tradition because needs are even greater now than they were before. Hopefully the community rallies around us again, and rallies around the kids that live right here and help them lead better lives. That’s what it’s all about.

And 100 percent of the money raised from the Radiothon goes to Variety?

We want the charity to make 100 percent of the money. Some stations will sell sponsorships and keep the money. We don’t do that. My wife and I feel strongly about that. You can’t just take, you got to give back to the community. And I think this is a good one for us.

Are you surprised you’re still involved with Variety after 25 years?

I think the cause is fantastic, and I have seen the good work that they do, like giving a nice shiny bike to a kid who has never had a bike before, and you see it brighten their life. Or an adaptive bike to a kid who has never been able to ride a bike before because of their disability. It’s pretty special when you see it. And kids stricken with cancer being able to go to their treatments.

What makes KPLM-FM a good choice for the Radiothon?

The country audience on The Big 106 is family oriented and they care about the community. They are connected with our deejays, many of whom have been here for years and years. They’re kind of like family. The country audience is real caring, loyal base of listeners that appreciate the mission that Variety fulfills.

How did you get involved in the radio business?

My uncle owned one station and I started working for him, and when he wanted to retire his son and I bought him out, and we bought a second and third station. Then my wife and I bought my cousin out, and we added a fourth and fifth station.

Why has it been a good fit for you?

For more information about the Radiothon, visit varietyofthedesert.org.