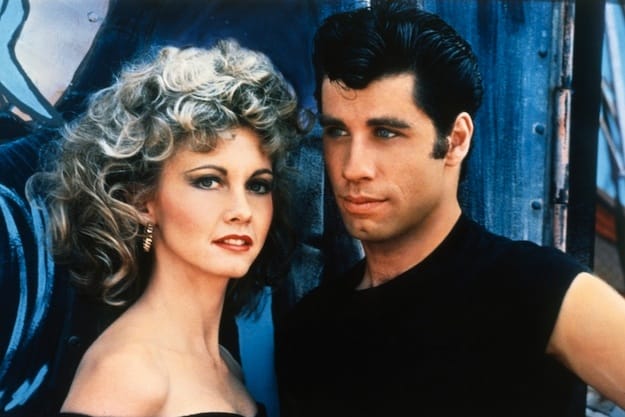 A once aspiring film director in his teens, Jerry Hernandez would host “movie parties” in his family's Imperial Valley home.

His passion led him to his first job at the Indio movie theatre and further evolved into opportunities working with actors and directors on actual sets, including as an extra and membership with the American Film Institute.

While he did not pursue a career in film, his interest in the industry remained strong.

“I’m a legend in my own mind,” he quips. “I’ve learned so much and I really listened to those I was exposed to in the industry. My interest in collecting films keeps me abreast of what’s currently going on.”

Hernandez has brought that movie party concept to Indio, but on a larger scale. Since July 20, Hernandez has presented a film from his vast collection after receiving approval from the Indio Performing Arts Center to host a Saturday movie night over a nine-week period.

The inaugural screening took place July 20, and Hernandez plans to continue the weekly schedule through Sept. 28. There is no “theme” because Hernandez said he wants to “share a little bit of everything that the big screen movie experience offers.”

“My collection is all over the map,” adds Hernandez (pictured right), who has lived in the Coachella Valley for the past 12 years. “I started with Super 8 films and progressed to VHS, DVD, and now Blu-ray…virtually every format.".

While the endeavor has been commendable, it hasn’t been easy. Hernandez has sunk some of his own money into the project and was able to team up with Meeting Magic of Palm Springs to acquire a film projector at a discount that is equipped to show films “on the silver screen”. The result has allowed Hernandez to have admission sales cover the expenses for each IPACinema event.

IPAC Board member Daniel Durado added the IPAC is not charging rent for the film series and IPAC staff members are volunteering their time to work each show.

"It is very well received," Durado said. "We would eventually like to do this every summer to fill the theater to bring awareness and offer other programs."

Hernandez believes sharing his film collection, such as the 1927 movie, “Metropolis” featuring 25 minutes of once-lost material, can both entertain and educate the audience.

“I believe it’s important to help educate our next generation of children in the importance of film preservation,” Hernandez says. “I want to provide people with a sense of film history that goes beyond their iPad and that the latest ‘flick’ is not necessarily the best film ever made."

“Grease” will be shown in its entirety at 7 p.m. Aug. 10 with a sing-a-long planned. As the movie cast begins their musical number, lyrics will come on-screen, “karaoke style”, so that the audience can interact and participate.

“Movies should be fun, and this film is a great example of how you can revisit a film decades after it’s released but enjoy it’s cinematic value or even gain a different perspective,” he says.

Tickets may be purchased 30 minutes before show time at the IPAC Box Office, 45175 Fargo St., Indio. Tickets are $6 for adults and $5 for seniors and children under 12. A concession stand will be available before the movie serving beverages and theater snacks as well as beer and wine for patrons 21 and over only.