Vicki Lawrence on the her character, Mama: “I think everybody has that old lady sitting around the Thanksgiving table saying whatever the hell she wants, and you laugh about her later. I just think everybody knows her.”
PHOTOGRAPHY COURTESY VICKI LAWRENCE

The career of Vicki Lawrence famously kicked off while she was still a high school student when a local newspaper published an article that commented on her resemblance to Carol Burnett. Lawrence, who had already performed with the singing group Young Americans, sent the clipping to the TV star and it culminated in her being cast on the popular CBS variety program The Carol Burnett Show. Lawrence played an array of characters on the series, often in spoofs of classic movies and soap operas.

The series also showcased Lawrence as a singer and while still appearing on the show, Lawrence recorded a massive pop hit “The Night the Lights Went Out in Georgia” in 1972 that hit No. 1 on the Billboard charts, inspired a 1981 movie, and the title of a famous episode of another CBS comedy hit, Designing Women.

Undoubtedly, her most popular character was the straight-talking Thelma Harper better known as Mama in the recurring skit “The Family,” in which Burnett portrayed her neurotic daughter Eunice. The character was so beloved by audiences that Lawrence starred in her own sitcom called Mama’s Family that ran for two seasons on NBC and then four more in syndication, ending its run in 1990. 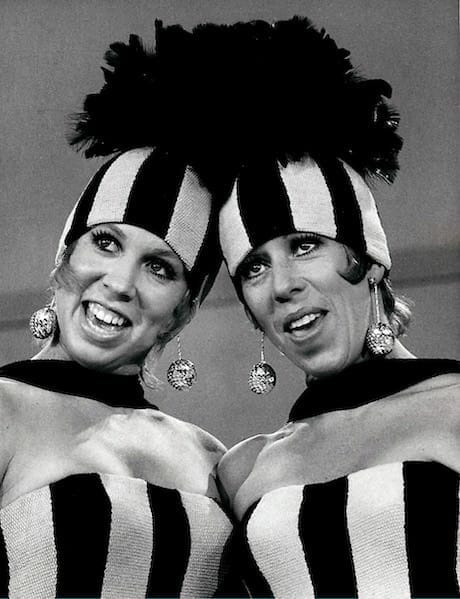 Vicki Lawrence got her big break when a local Southern California newspaper article commented on her resemblance to Carol Burnett.

On June 4, the performer will bring Vicki Lawrence and Mama: A Two Woman Show to The Show at Agua Caliente Casinos in Rancho Mirage.

Lawrence recently caught up with Palm Springs Life to share her thoughts on why her most famous character still resonates with audiences and highlights from her incredible career.

Why did you decide to take Mama back on the road?

I know everybody loves Mama, so we put the show together in two halves, and basically, I open for Mama. And my new show is largely autobiographical. I find that the older I get, people say they love my half of the show because it's like the good old days and we're so far from that now. And television and entertainment are so different than they were. I feel like I got to touch the golden age of television. So, the stories I tell are things that just don't really happen anymore in show business.

Why do you think Mama Harper continues to resonate with audiences more than four decades after you first played her?

I think Mama’s Family was one of those great, old sitcoms that you just sit and laugh at for no good reason. There's no message. There's no sex. There's no foul language. It's almost in a little time warp there in Raytown [the fictitious town where the series is set]. I used to have guest actors on the show, and they would say they thought we were a period piece. "Where is this set? What year is this?" And I'm like, "No, this is now. This is the Midwest. This is where nobody on the coast ever goes. This is the real country out there." And we went through that with the network. They didn't understand a rural comedy. 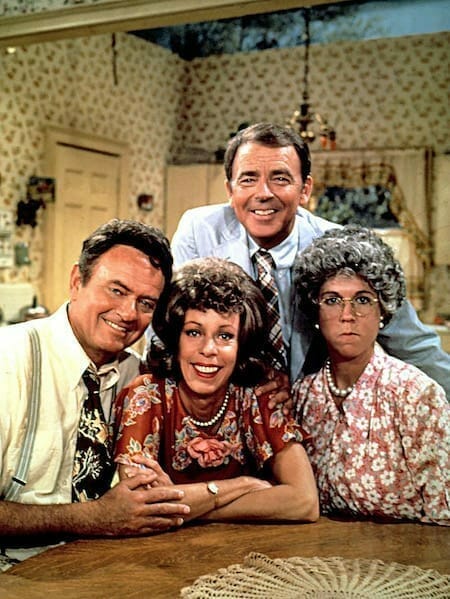 I wonder how you personally relate to her. Are you a truth teller yourself?

I think as I get older, I tend to think more and more like Mama. I had a crazy mother and if you saw a picture of my grandmother, she and Mama look like they were separated at birth. I think everybody has that old lady sitting around the Thanksgiving table saying whatever the hell she wants, and you laugh about her later. I just think everybody knows her. And what I have found is, when I put the show together, I said, "I really don't want it to be retrospective. We’ve got to push her into the new century."

How are you updating her?

I called my writer one day and said, "I want to write a rap for Mama." He asked, "She's going to rap now?" And I said, "Well, yeah. I think she must do a rap song." I wanted to push her into the real world because there's so much to comment on for Mama. She's rural America. But for the rest of us nowadays, we're all looking at the world going, "Jesus Christ. It's nuts."

What does Mama think about the political atmosphere in our country right now?

Mama appeared on RuPaul's Drag Race. What does she think of drag culture?

She was a little overwhelmed. She was very tiny next to all those large women. I remember when I first met RuPaul. I came up to his, I don't know, waist. And you look up at it. It's just magnificent. Apparently, Mama is pretty big in the drag community. I get a lot of fan mail and pictures of people that have dressed up like Mama at Halloween and the Pride parades. 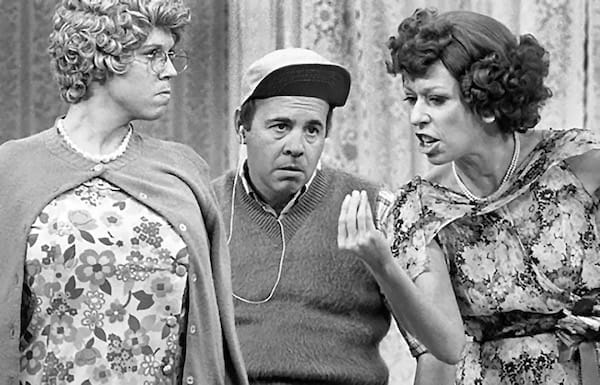 Vicki Lawrence in a skit with Tim Conway and Carol Burnett.

You and Carol are still friendly. Do you ever consider working together again?

Well, that would be up to Carol. You know, I think she's pretty close to calling it quits. God knows, I would do anything she asked me to do. Ever. We're very close. I see her as often... Well, I haven't seen her lately because it's been so crazy, but yeah, we're very close, and I would love to work with her, but I don't know. That would be her call.

You worked with a Who’s Who of classic Hollywood stars on Carol’s show. What are some of your favorite memories?

It was just very special to be around all those people. I remember Rita Hayworth rehearsing with Carol one day, and I was watching them run their number. I clapped at the end, and she came running over to me. She grabbed me and said, "I don't know how you do this every week." And I said, "Well, Miss Hayworth, you ran up and down the stairs with Fred Astaire.” I just wanted to say, "Get a grip."

Lucille Ball, couldn't find her note in a musical number when she was on, and the director took her over to the band and said to our musical director, Peter Matts, "Play Lucy's opening note." And Peter said, "It's the ukulele." And the guy hit it on the ukulele. And Lucy looked at him and looked at the band director, and said, "Get him a bigger uke."

You also got to dance with Michael Jackson and the Jackson Five. What do you remember about that experience?

I danced with all of those boys when they were so young. I just remember it was so much fun. I mean, they were adorable. And Michael and I didn't live too far from each other in Encino. I used to run into him all the time at Gelson's [a local supermarket]. We would always run into each other, and he would always be the sweetest. He’d say, "Hi, Vicki." I’d say, "Hi, Michael." 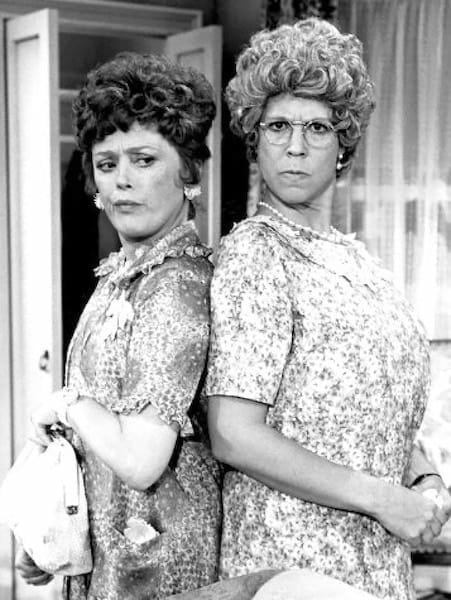 Another career highlight was when you and Dolly Parton got into a fight and pulled off each other’s wigs on Hannah Montana. I know it was stunt doubles, but what do you recall about working with her on that show?

Well, when they said, "Dolly is going to be on next week's episode," I just went, "Oh, my God, what am I going to wear? What is wrong with my makeup?" I looked at my nails. I said, "I need to get a manicure. Oh, my god, it's Dolly Parton." And when we got to the reading the first day, you just want to grab her and say, "Just stand there and let me look," because everything is just perfect. And that I thought I needed a manicure was comedy. And how she plays the guitar with those fingernails, I will never understand. And she is tailed constantly by a hairdresser and a wardrobe person who keep her looking like Dolly Parton constantly. And she moves like a ballerina in those high, high, little Barbie heels. She's just amazing and she could not be any sweeter.

How did you find Miley Cyrus?

Miley ran that set. I mean, her dad was not in charge at all. When they first had me on that show, they said, "We want to bring good people around her to work with her because she's like a little sponge. She's really smart, so if you have any information, things that you would like to share with Miley, things that she should know, please feel free to spout your wisdom because we think she'll learn it all."

The first day we were rehearsing, Miley and I had a scene in the kitchen, and it was all about getting stuff out of the cupboards and putting stuff away and getting ready to prep a meal. And she was losing her lines. At one point, we stopped. I said, "Miley, make your props your friends." One of the first, most important things that Harvey Korman [her costar on The Carol Burnett Show] ever taught me. And he said, "You'll find that when you are dancing with those props, that will remind you of your lines, and it'll be much easier to learn." And to this day, I can't just sit down and learn lines. Once we get it up on its feet and I know where I am, what I'm touching, what I'm doing, it's so much easier.

Have you ever spoken with Tyler Perry about how he basically stole your act with his Madea films?

Well, I went to see his show, and afterwards, he said, "Did you love the way we broke character, and just like they did on The Carol Burnett Show?" And I was with my son Garrett, who said, "But it wasn't like The Carol Burnett Show. It was deliberate." And I said, "Yeah." I think he has credited Mama on a number of occasions with inspiring Madea. When I talked to him, I said, "We really should do a road film, a Thelma & Louise." He said, "We should." But I've not ever heard anything back, but I think it would be super fun. 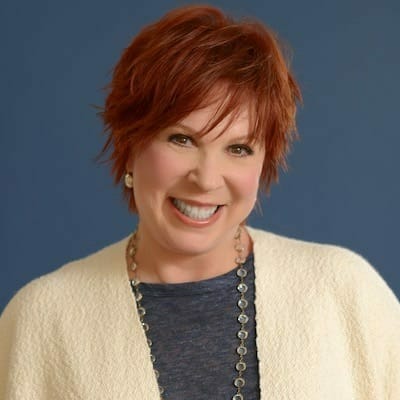 Vicki Lawrence: “And what I have found is, when I put the show together, I said, ‘I really don't want it to be retrospective. We’ve got to push her (Mama) into the new century.’”

What do you enjoy about performing in the desert?

I grew up in Southern California, so the desert is like my backyard. The audiences are always amazing, and it's lovely to be close to home. The folks at Agua Caliente are lovely. The guy that executive produced Mama's Family and his partner just moved to the desert recently. I haven't heard from them yet, but I probably need to give them a shout out and see if they're going to come out and visit.

Do you have favorite places to visit when you’re here?

I do love shopping on El Paseo. We used to really love La Quinta, but it's gotten super, super younger now, and I feel like, "Get out of my area." We're going to have to really get back into the desert and investigate a little bit.