Viggo Mortensen Does His Homework for Captain Fantastic 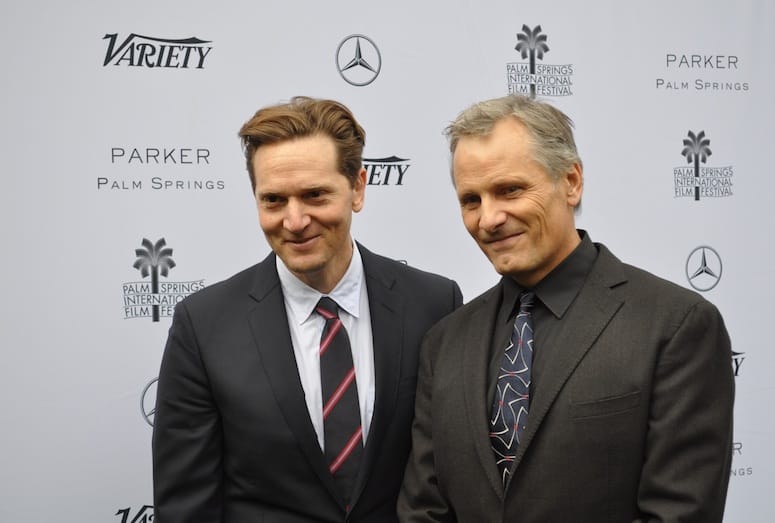 Before accepting the role of Ben in Captain Fantastic, Viggo Mortensen had a few questions. Maybe more than a few. He sent a 15-page email to director Matt Ross with a whole slew of thoughts about how to attack the story.

“Before Viggo came to set, I sent him a box of 12 or so books, books that I thought his character would have read,” Ross recalled. “It was Noam Chomsky, The Corporation by Joel Bakan, Howard Zinn, some poetry, books on tracking by Tom Brown – tracking animals – uh, some books on contemporary theories of training Olympic athletes. Except for the last book, Viggo had already read every one.”

Mortensen received the Creative Impact in Acting Award for his portrayal of a father who lives off the grid and in the wilderness with his six kids Jan. 3 during Variety’s Creative Impact Awards and “10 Directors to Watch” Brunch presented by Mercedes Benz at the Parker Palm Springs. Ross, who presented the award, was one of Variety’s “10 Directors” last year.

VIDEO: Viggo Mortensen speaks to Erin Peters about how audiences have reacted to the film and why he was attracted to his character.

The accolades could be just starting for Mortensen, who is nominated for Best Dramatic Actor in a Motion Picture at Sunday’s (Jan. 8) Golden Globes. His preparation for the role went beyond what he could contribute mentally.

“When Viggo arrived on location during our pre-production boot camp, he showed up with a truck load of props and costumes,” Ross said. “Literally, a truck-full. His own truck. Full of books, clothes, bows and arrows, bicycles and a canoe. He brought so many things, that I really think he was robbed of an assistant production design credit.”

Loving star Ruth Negga said the film was smooth sailing thanks to director Jeff Nichols, who earned the Creative Impact in Directing Award.

“A good movie set is like a sailing ship, everyone has his or her individual, vital jobs,” she said. “There is a beautiful rhythm that grows out of this collective ensemble striving. But that can only happen with a fine captain.”

“When I finished watching this film, I’m filled with the hope of what’s possible,” director Jeff Nichols added.

Also honored was Hidden Figures producer Pharrell Williams, who also wrote songs for the film’s soundtrack, with the Creative Impact in Producing Award, presented by two of the film’s stars, Jim Parsons and Janelle Monae.

Los Angeles natives Emmett and Brendan Malloy were raised by the beach, and directed the film The Tribes of Palos Verdes to raise greater awareness of its culture. Author Joy Nicholson wrote the young adult novel the movie is based on. 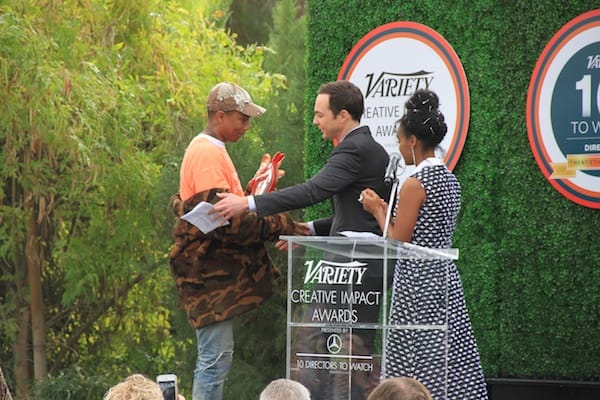 “The surf cinema world doesn’t have a lot of great movies to show for itself, so we felt – not only the obligation to just make a good drama – but also do something that would represent that world in an interesting way,” Brendan said.

“10 to Watch” director Otto Bell, was graciously humble for his work in The Eagle Huntress: “In many ways, The Eagle Huntress, sometimes I feel it’s not even my film. It belongs to Aisholpan, the star of the film. A 13-year old eagle huntress from north west Mongolia and I was lucky enough to be in the right place, at the right time to tell her story.”

VIDEO: The Malloy brothers, Emmett (on the left) and Brendan speak to Erin Peters about the setting of their film, The Tribes of Palos Verdes.