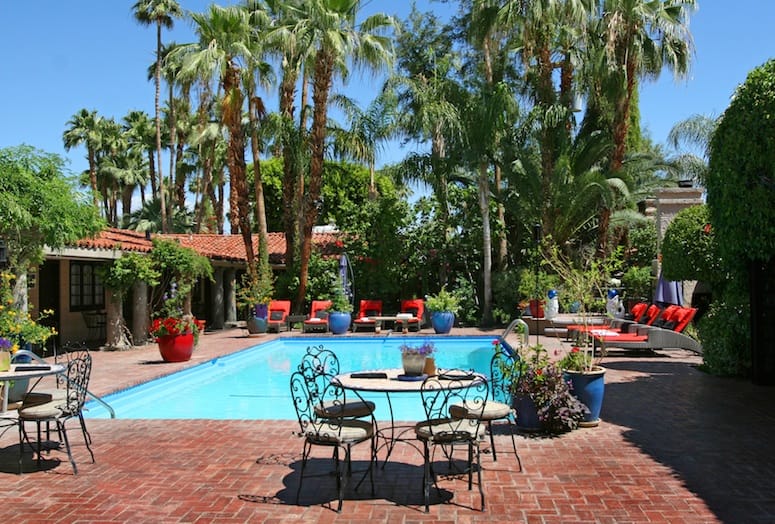 VIDEO: Take a tour of some of the unique rooms at Villa Royale in Palm Springs.

Villa Royale Inn, located in the heart of South Palm Springs, embodies the history and ambiance of the desert.

What began as film star and Olympic figure skater Sonja Henie’s estate in the 1940s has been preserved and developed into a hidden gem where celebrities, Palm Springs residents, and visitors alike have found a private getaway to relax in the warm desert weather.

“There is no place in Palm Springs quite like Villa Royale Inn,” says hotel owner David Shahriari. “Each room has its own unique flair and the property as a whole remains true to the original feel that was present in the 1940s.”

With 31 uniquely appointed rooms, each villa offers distinctive antiques and decorations ranging from authentic China Plates to handmade furniture. The majority of the pieces integrated throughout the rooms from the Henie era include lamps, tables, and Asian-influenced artifacts.

One of the most popular villa living rooms was originally Henie’s home. It features red and gold trimmed décor and several Asian influenced works of art.

Another popular room is adorned in light pastel colors and boasts “knight’s chairs” that at one time were used by the English palace.