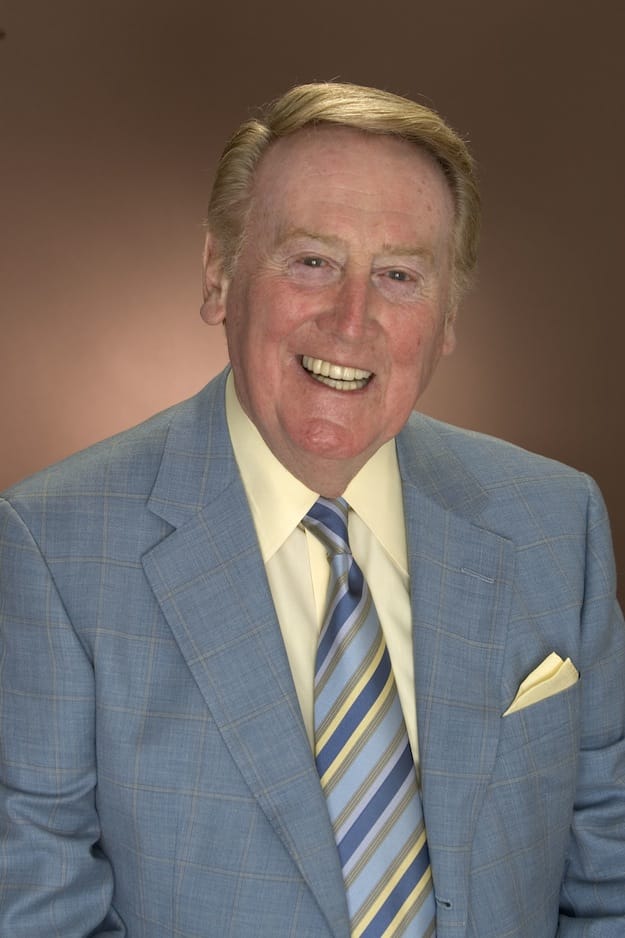 The voice of the Los Angeles Dodgers for more than half a century, Vin Scully will be the guest speaker at the annual Uncles Sports Luncheon on Jan. 22 at the Hyatt Indian Wells Resort and Spa in Indian Wells.

Scully, whose status as one of the top sportscasters in history was reaffirmed recently when he was named as “baseball’s all-time best broadcaster,” begins his 59th season as the “Voice of the Dodgers”.

The Hall of Famer’s 59 years of consecutive service with the Dodgers is the longest of any current sports broadcaster with one team. In the 2005 book “Voices of Summer” by Curt Smith, Scully was named as baseball's all-time best broadcaster based on “longevity, continuity, network coverage, kudos, language, popularity, persona, voice knowledge and miscellany.”

Each criterion was rated from 1 to10, with the perfect score being 100. Scully was the only broadcaster to reach that number.