Vince Van Patten stars in his own film, Walk to Vegas, which screens in Palm Springs Jan. 11 at Palm Springs High School.
PHOTOGRAPHS BY RAYMOND LIU

Vince Van Patten is taking a gamble on a gambling film based on one of the biggest gambles he ever made in his life.

In the film Walk to Vegas, which celebrates its world premiere at the Palm Springs International Film Festival Jan. 11, Van Patten plays risk-taker Duke, a version of his real-life self and a man who takes a bet that he can walk from Los Angeles to Las Vegas in seven days — against all odds.

The actual “walk” happened in real time and Van Patten calls it one of the “craziest bets” he ever made.

Betting big is not a new thing for Van Patten — his father, the late Dick Van Patten — was a well-known gambler who taught his son how to gamble at an early age, something Vince says, “taught me how to use my mind.”

He shares more about the film and his family’s connection to the Valley with Palm Springs Life.

In the early-’80s, your family played in a tennis tournament that Sonny Bono hosted to raise money for a new film festival. Now, you’re film is in that very festival.

We’ve come full circle. At the time, Sonny said, “Let’s raise some money and put some of it toward a Palm Springs Festival. And everyone was like, “Uh, OK.” They didn’t know what to believe. But now it’s such a major festival and the timing was right for us to be in this year.

Do you have fond memories of Palm Springs?

I have fantastic memories. In the mid-’70s and ’80s, Palm Springs was a mecca for tennis and we used to have charity events with people like James Franciscus and Sonny Bono, my father, and my whole family. We’d come to Palm Springs just for these charity events. I remember the Racquet Club [of Palm Springs]. I played there in the late-’70s and went on to be on the tennis circuit for 10 years. We owe a lot to Palm Springs. 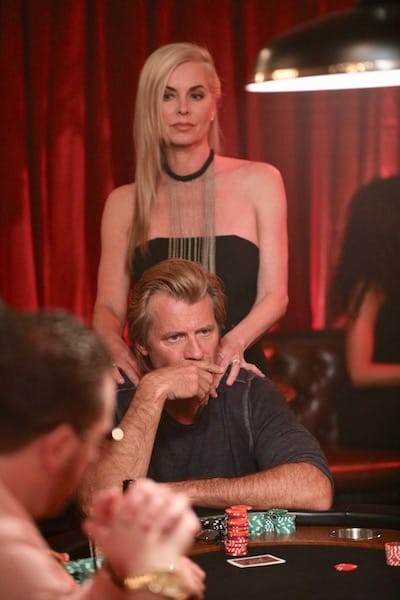 Eileen Davidson with Vince Van Patten in a poker scene

The movie, which is wonderfully comedic, is based on your own walk to Vegas. What were one or two things you learned from that experience?

I learned a long time ago: Only bet on myself. Bobby Riggs was the same way. He trusted himself as an athlete and as a gambler. When you start betting on somebody else, you can’t control them. I only bet on propositions and things that I want to do and that I believe I can do. You want to be optimistic but you aren’t guaranteed that you are going to win. But that’s the exciting the thing about it. I don’t want to hustle anyone. I want to legitimately test myself and try to win—that’s the most satisfaction I can get.

How does one master the art of gambling?

It’s more fun to be a winning gambler, by the way, but you have to weigh control over your bets. It’s about street smarts.

What was it like creating the film with your brother?

Steve [Alper] and I wrote about 12 different drafts and my brother Jimmy read it, loved it, and said, “Let’s produce this together.” We kept each other pumped up. There was nothing better. We had an interesting rapport.

She’s such a big part of the gambling world now so I asked her if she would play herself in the film and she was happy to. She thought the script was comedic and fun. She is truly and gifted and talented actress, and because she is well known in the poker world now, it was definitely a great edition. 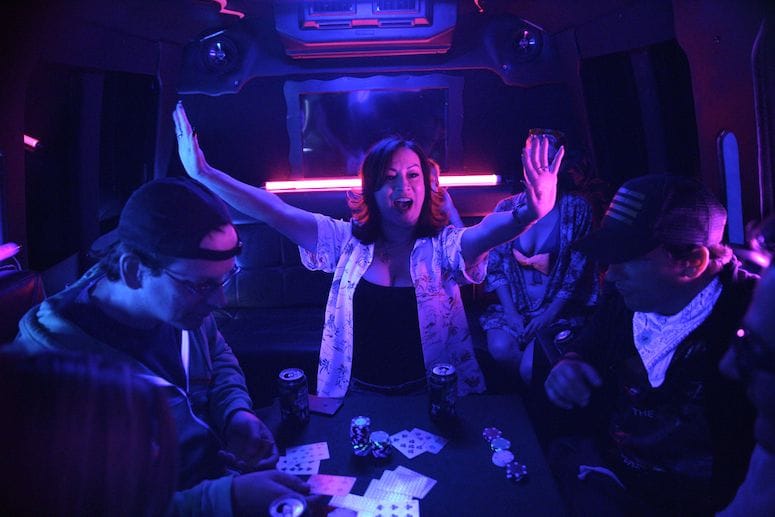 Jennifer Tilly plays herself in the film.

What’s the biggest misconception about the gambling world?

That it’s a very dark world and there’s no sense of humor about it. I know a completely different world from that and I wanted to show that in this film. I didn’t want to make another dark, depressing world of gambling. I wanted to show interesting people who wanted to live life on the edge and with their spice of life. A lot of people have a great deal of joy in this world but you never really see that in films.

How did your father help you become the man you are today?

He said, “Don’t ever got cocky in whatever you’re doing—acting or anything else. Be humble. It can all end tomorrow.” You know, he went through a career where he had a big series, Mama back for 10 years and then Eight is Enough was big. He instilled in me to be grateful where you are, be good to people, that you don’t get nothing for nothing. So, work hard, do your thing and good things will happen.

Walk to Vegas, one of four world premieres at the Palm Springs International Film Festival, screens at 4 p.m.  Jan. 11 at Richards Center for the Arts at Palm Springs High School, 2248 Ramon Road in Palm Springs. A Q&A with cast members and producers follows the screening with an after-party at Eight4Nine Lounge at 6:30 p.m. (proceeds benefit the Palm Springs Film Society). For more information, visit psfilmfest.org. For after-party tickets, use code VEGAS$19 at ticketsauce.com/e/walk-to-vegas.