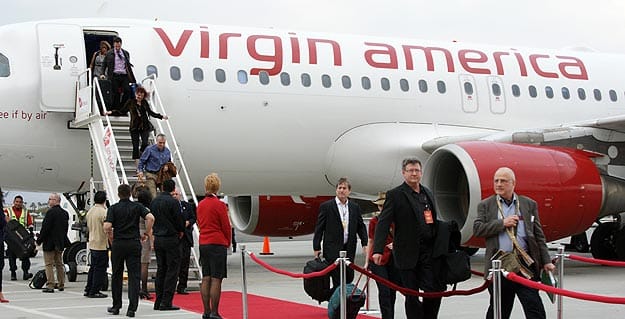 Palm Springs Mayor Steve Pougnet joined Branson on the flight and on the podium after they deplaned and walked down a red carpet. Before stepping up to the microphone, Branson removed his jacket and placed it around the shoulders of a flight attendant. When he joked that he had come to Palm Springs “under false pretenses” since the mayor had assured him the city basked under sunny skies, Pougnet removed his own jacket (a wise political move and one that delighted Branson and the crowd).

Palm Springs is Virgin America’s 16th market since the California-based company was launched in 2007.