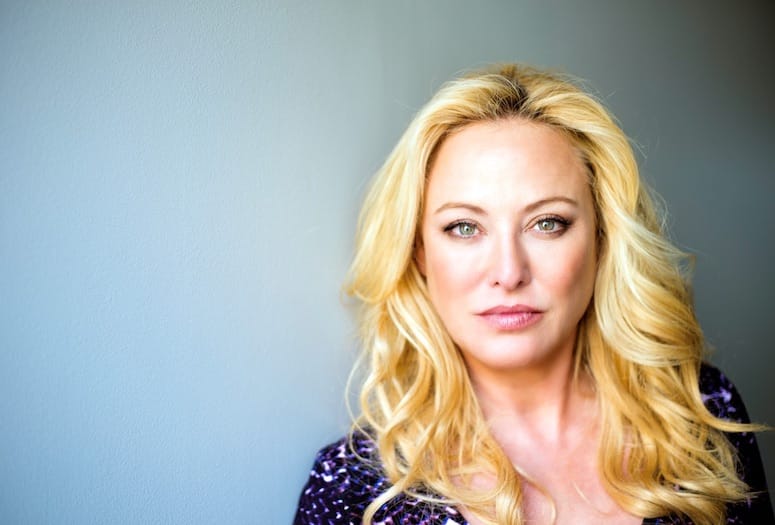 Virginia Madsen: "I think it’s always good when groups of women get together. It’s more important now, more than ever, to support one another and our endeavors, and call attention to those who are working hard to make changes."
PHOTOGRAPH COURTESY PALM SPRINGS WOMEN IN FILM & TELEVISION

It’s time to shatter some glass. But as the Palm Springs Women in Film & TV (PSWIFT) 11th annual Broken Glass Awards Luncheon unfolds on Nov. 4 at Agua Caliente Casino Resort & Spa, there will be more than honors doled out to the female trailblazers, like actress Virginia Madsen, who have paved the way for others in entertainment, arts, and philanthropy.

Expect a bevy of commentary on the creative strides that have already been made and what the road ahead may actually look like for women on the rise.

Beyond the actual awards, look for a special scholarship to be presented to a Coachella Valley high school or college student who holds at least a 3.0 grade point average and whose focus of their career path is in media, music, film, television or theater. The scholarship itself was created in honor of the late Denise Dubarry-Hay, a longtime member of PSWIFT. Dubary-Hay also served as PSWIFT president and was the mastermind behind the very first Broken Glass Awards 11 years ago.

Virginia Madsen, the recipient of this year’s Gena Award, has worked vigilantly in the industry since 1983, and is known for her headturning roles in Sideways — for which she nabbed a 2004 Oscar nomination — TV’s Law & Order, Elementary, American Gothic, and Designated Survivor.

The actress, who was in attendance for the Palm Springs International Film Festival during the fiery success of Sideways, shares more about the award, the creative glass that still needs breaking, and much more.

This award brings you back to Palm Springs.

I’m from Chicago and I never thought I would enjoy the desert. But I find that the desert feeds me much in the way the ocean feeds you. There’s something that is so ancient in those rocks and mountains. And it’s so close to where I live [in L.A.]. I would always find peace and serenity in Palm Springs. And that was a surprise to me. I don’t know what those rocks are made of out there, but there’s something in there that’s good for the soul.

Why are events such as this one so vital for the community?

I think it’s always good when groups of women get together. It’s more important now, more than ever, to support one another and our endeavors, and call attention to those who are working hard to make changes. The first time I ever heard the phrase, “glass ceiling,” was in the 1970s, from my mother [Elaine]. She said, “I’ve been banging on the ceiling and I am going keep trying.” I was just a little girl at the time and I was like, “What does that mean?” I know that things have changed a lot in my lifetime, and hers, but in the last several years, I’ve especially felt supported by the women in my life.

Well, I’ve always saw great value in having close female colleagues and friendships with women. As well as men, actually. And I’m not saying we do it all alone. But it is still an issue for women to lead a corporation, to be the boss. I don’t want to be the boss. But I do know that I’ve worked with so few women directors and producers and I see that that has changed.

Yes. But as we start to see change and more opportunities for women, it really hasn’t changed that much. It’s moving by inches instead of by miles. I’d like to see people recognized by their body of work and getting more opportunities to be at the helm.

Your own body of work is significant. Sideways, American Gothic. You’re an Oscar nominee. Do you choose your roles intentionally?

And then there’s that.

There was a wonderful interview with Holly Hunter about her role in Succession [on HBO]. And she said, “Do I always get to choose? No.” And this is out my playbook, too. Sometimes you just need to pay the rent. Sometimes you have to do things that you might not think of as great, but you make the most of it. Because that’s where we are as actors — we have to wait for someone to give us the opportunity. We often are waiting for the best thing to come along.

I wonder if you might expound upon what gets you through the tough times.

I have what I like to call a First Aid kit. You need to find things to do that allow you to take care of your mental health. Things that allow you take care of your physical being. For me, that’s yoga, and having a close relationship to my family and circle of friends — people you can turn to and say, “things aren’t really going well right now and I don’t know what to do.” I try to have my own First Aid Kit to keep myself grounded. They say that in this business, that you have to have a thick skin. Yeah, well, I developed a thick skin, but it doesn’t mean that I won’t get myself into trouble. It doesn’t mean that I won’t feel depressed or overwhelmed. I have to have the tools I can call upon to right the ship.

Who has been the most influential women in your life?

That would be my mother, Elaine. She is an extraordinary woman. Against all odds, she made her life vibrant and meaningful. I always tell her, “God, I wish I could be like you when I ‘grow up.’” She’s so strong. She inspires me. She’s in her eighties now and she’s rewriting her play and traveling and editing a magazine. She’s just unstoppable. We’re very close. My mother has always had words of wisdom. It hasn’t always come easy to her. Her struggles are a lesson for me, and inspiring to me. She’s absolutely my No. 1 and a force to be reckoned with.

• READ NEXT: Looking for more? Find additional events on our Things to Do page.