Visionaries of Tools for Tomorrow Raise Funds for After School Programs 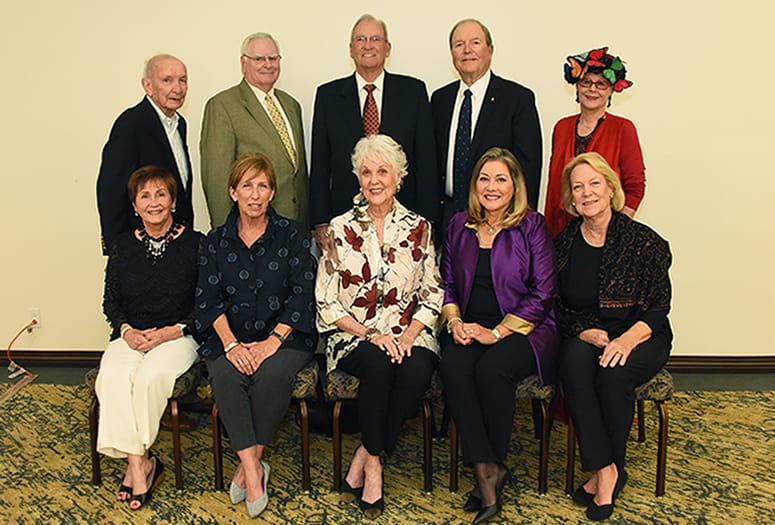 The Visionaries of Tools for Tomorrow bring valuable after school art programs to all the schools of the Coachella Valley. In an effort to raise funds for this program, the organization presented a multifaceted program to educate and entertain its supporters and the community.

More than 200 guests mingled throughout the Helene Galen Auditorium at the Eisenhower Health Center in Rancho Mirage and enjoyed boutique shopping and hors d’oeuvres, as well as an overflowing pasta bar presented by Lulu California Bistro of Palm Springs. The event’s co-chairs, Judy Mathes and Suzanne Fromkin, pulled out all stops to create a continuous evening of entertainment. Shopping, imbibing, and culinary treats were followed by a very rich show that included a performance from the Tools for Tomorrow theater troupe, which is made up of students from Rancho Mirage Elementary School and produced and directed by Gilmore Rizzo.

Rachel Druten founded the Visionaries of Tools for Tomorrow 20 years ago and was featured in a video that showed the benefits of the organization’s hard work and the true dedication of its founder. Artists Tony and Karen Barone presented the Vision for the Future Award to Lucie Arnaz.

Arnaz, who started her illustrious career at 15 years old and has been a supporter of the organization, reminded the audience of the richness of the arts that must be kept in the schools.

The evening concluded with Hollywood Revisited, a production that featured vintage Hollywood costumes from the 1920s through the 1950s that included musical performances by a cast of three talented Broadway performers and a narration and musical accompaniment by Greg Schreiner.

Schreiner is a costume aficionado who has collected more than 500 Hollywood costumes including some that belonged to or were worn by Bette Davis, Rita Hayworth, Esther Williams, Marilyn Monroe, Diahann Carroll, Ginger Rogers, Liza Minnelli — as well as a costume worn by Lucie Arnaz on the Here’s Lucy show in 1972.