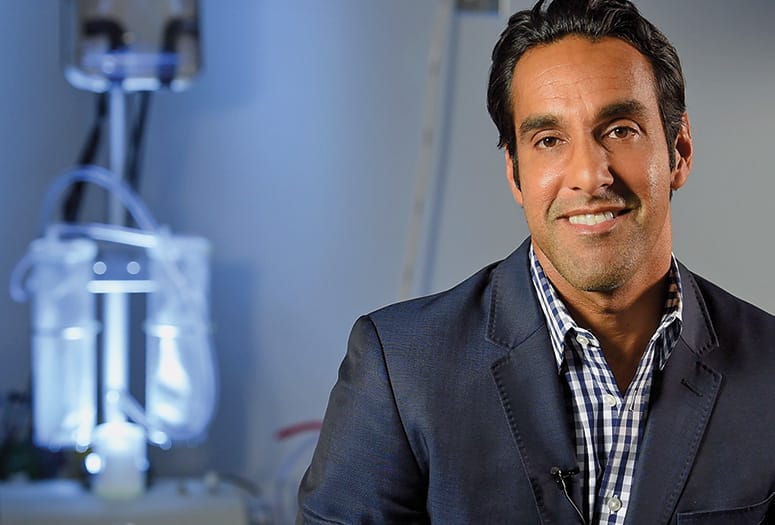 "The best thing about locating our business here in the Coachella Valley is becoming part of the community,” says Dr. Ritu Chopra, who founded his medical practice in Los Angeles and then moved to the desert form a partnership with Dr. Andrew Ordon. “I thought this was a great opportunity to grow.”

Their collaboration, the Chopra-Ordon Plastic Surgery Institute, offers everything from facelifts to breast reconstruction and nose reconstruction. “We serve the entire Coachella Valley and we’re proud to be here,” he says. “People know us, and we’ve gained a leadership role in the community in plastic surgery and health in general. People (who are considering locating here) might be concerned about the labor force, but there are a lot of smart people out here. It’s a great place to start a new business.”

The doctor, who has offices in Beverly Hills and Rancho Mirage, says, “There’s a big contrast. L.A. is very stressful. There are a lot of people and there’s a lot of traffic, as opposed to here in the Coachella Valley, where it’s peaceful, tranquil, and you can really clear your head. I feel much more at home in the Coachella Valley, even though I was born and raised in Santa Monica and L.A.”

Most important to him in the move was quality of life, he explains. “I trained in Boston and New York City, and worked in Los Angeles, so I was used to big cities. The Coachella Valley has all the amenities of a big city but the feel of a small city, with great people and great things to do.”

An avid hiker, Chopra enjoys the Palm Desert Aquatic Center and the valley’s many golf courses. “For most of the year, it’s the most beautiful weather in the country,” he says. “My handicap has gone down about five strokes, so I’m really happy about that.”