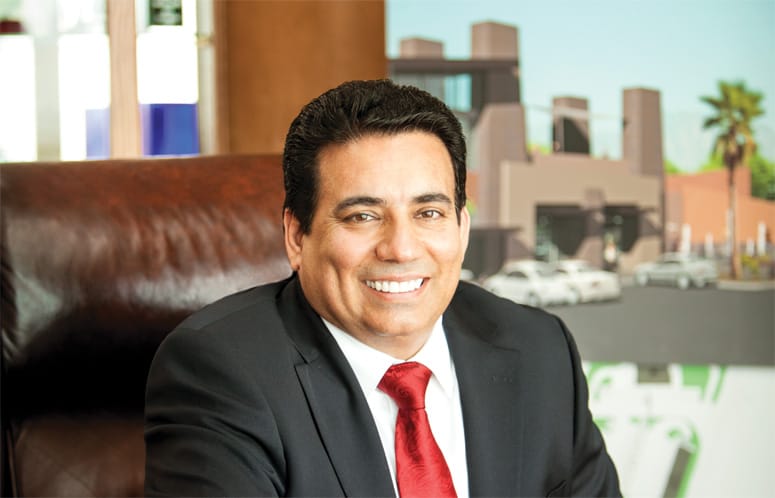 When Singh Chandi came to the Coachella Valley more than 20 years ago, he rode on the hope of achieving the American dream.

“I went from India to Indio, I joke with my friends,” says the founder of Chandi Group USA, an umbrella company for several regional gas stations, fast-food franchises, car washes, and India-based products. “I always wanted to come to America for the quality of life.”

Chandi recalls what it was like to sleep on the floor, working 15 hours a day, while laying the foundation of his empire — an achievement he says, “that can only happen in America.”

He cut his teeth working at a local gas station, saving pennies and then dollars before earning enough to purchase his first business, an Arco AM/PM franchise, in 1999. Chandi grew his business to include other enterprises, including the Mecca Travel Center on Highway 86.

Chandi credits his success to his own hard work, the support of his wife, and the Coachella Valley Enterprise Zone, through which he received state income tax credits and other incentives that enabled him to reinvest and grow his team to 400 employees.

Chandi chose the Coachella Valley for its reputable schools (he has four young children), great weather, and its array of activities. “Wherever I go, people know this place,” he says. “Palm Springs is the biggest tourist destination.”