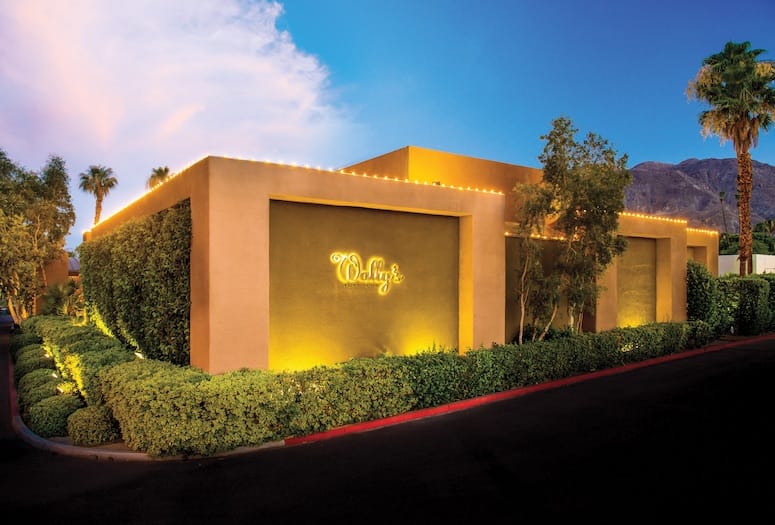 With Wally’s Desert Turtle now on the market, owner Michael Botello says his family will sell only to the right buyer. “I want somebody who wants to keep this going."<./strong>
PHOTOGRAPHS BY GEORGE DUCHANNES

Michael Botello says there isn’t a bad table in the house at Wally’s Desert Turtle, his French-influenced fine-dining restaurant in Rancho Mirage that’s been serving the Coachella Valley for more than four decades. But he concedes there’s a most coveted table: “People still say, ‘We want the Fords’ table.’ The Fords used to come all the time and sit at the table right in front of the atrium,” he says of the late former president and first lady Gerald and Betty Ford, longtime Rancho Mirage residents. “That’s one of the most popular places in the restaurant. You’ve got the plants behind you, and you can see the whole dining room and can be seen. And everybody wants to be seen, right?”

Well, for many, a visit to Wally’s is less about being seen and more about seeing the restaurant’s grand, Old World design created by the late, legendary designer Steve Chase, who became a local icon both for his career and humanitarian accomplishments, including his work with the nonprofit Desert AIDS Project.

“It cost millions, and that was back in 1978,” says Botello, whose father, Wally Botello, opened the restaurant. The younger Botello, who has been operating the restaurant for the last 30 years, has kept the vision alive — until now. He’s calling this year “the farewell season” as he looks for a buyer for the restaurant.

• READ NEXT: What Steve Chase Accomplished in the Desert. 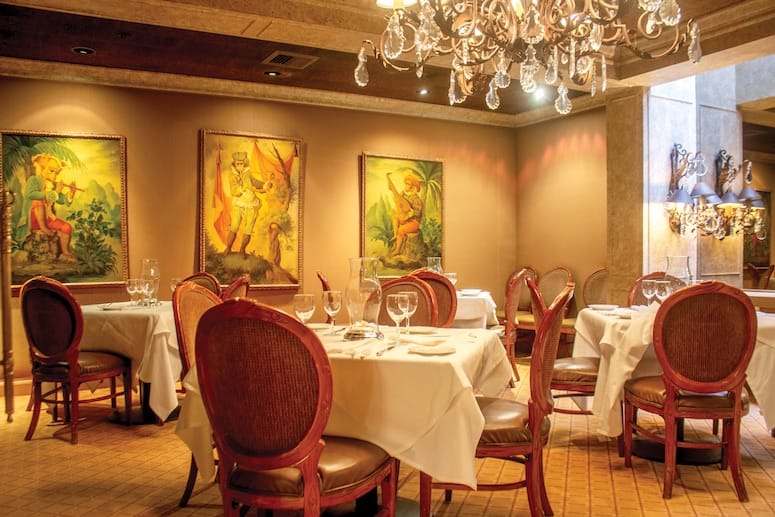 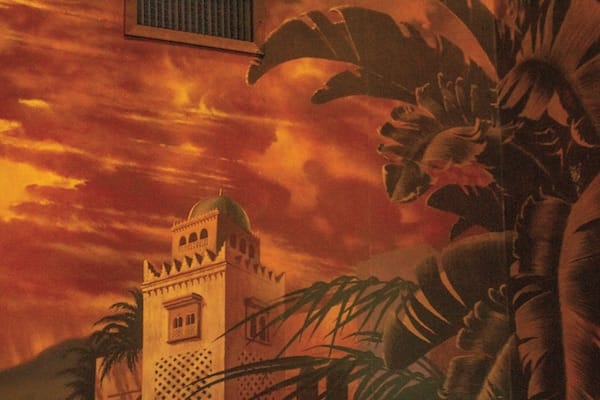 Wally, a longtime restaurateur who founded The Velvet Turtle group of fine-dining restaurants in 1965 while living in Los Angeles, sold the chain and moved to the desert in the early 1970s. When he embarked on his new project, he turned to Chase, whom he’d known for more than a decade by then; they met when the Botellos lived in a waterfront home in Palos Verdes.

“Steve was up and coming and did the house in 1966. I was only 13, but I do remember meeting Steve. He was super young, and my dad loved what he did,” Botello recounts, adding that after his parents divorced and his father bought a condo in Indian Wells, Chase designed his new home’s interior. “They were still in touch, and Steve was making a big name for himself. So, when he decided to open the restaurant, he went back to Steve.”

“It reflects international fine-dining opulence. There are a lot of European influences, as well as other ethnic influences related to the décor and objects that Steve collected and placed within it,” says Randy Patton, a Rancho Mirage-based designer who worked for Chase from 1981 until his death in 1994 and remained part of Chase Design Associates until opening his own firm in 2002. “Steve traveled a great deal internationally for pleasure and always collected when he was traveling.”

The one-of-a-kind items and mix of styles in some ways reflected the looks of residences Chase focused on at the time, helping to infuse a more private-home feel into the large commercial space.

“The materials and finishes that are in the restaurant, you could go to vintage, historical Architectural Digest publications and you would see many of the same elements of the dining room — the chair styles, the multiple leathers and fabrics, the animal prints, the exotic, international collected influences,” Patton says. “You could see those in any of Steve’s more glamorous dining rooms.” 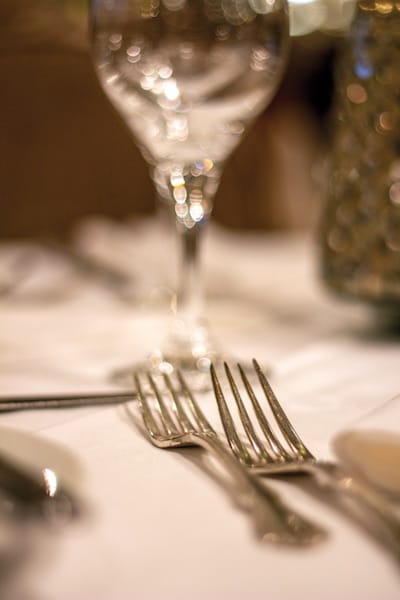 Prior to the elder Botello’s passing in 1985, Michael moved to the desert to take the helm of the restaurant, operating it with wife Nicole for more than 30 years and making careful changes along the way, including reimagining the upper bar area with Chase’s help in the late ’80s. “When Steve first did this, it was a full bar and lounge with big pillows, low couches. It had a nightclub feel and was kind of a waiting area,” Botello explains. When Wally’s began drawing less of a lounge crowd, Chase returned to transform a portion of it into an area where guests can order bar bites or a three-course prix fixe meal while listening to nightly live music. Chase anchored the area with bold artwork, going back to the artist who created the whimsical Moroccan-influenced murals. All of them contain hidden figures you can find if you look hard, or ask Botello, who points out the faint silhouettes of eagles, lions, and ladies within the clouds.  When Botello wanted to enclose the outdoor terrace and create a new main entrance to make space for a private dining room after Chase’s passing, he turned to Patton. “Since he was Steve’s protégé and worked with Steve for years, he was able to help us make some of the changes,” according to Botello, “but I never wanted to change too much.”

While casual eateries, communal dining, small plates, and ever-changing seasonal menus gain popularity, Wally’s has remained a last man standing in the Coachella Valley — something of a novelty with its white linen tablecloths, heavy silver flatware, table captains, and classic French fare of escargot, Dover sole, calf’s liver, and chocolate soufflé. “My dad hired a very strong French chef who had the original menu, and the menu is really similar today,” Botello says. “The chef we have now is French, and we still have that old-time service.”

For decades, the Wally’s crowd consisted of snowbirds and the country club set, eventually blending in weekend visitors as new resorts opened. Along the way, plenty of luminaries have sat down to dinner, including locals Bob and Delores Hope, international leaders such as Benjamin Netanyahu, and movie stars from Tom Hanks to Steven Seagal .

• READ NEXT: Kristin Chenoweth Happy to Do Her Part at 2020 Steve Chase Humanitarian Awards. 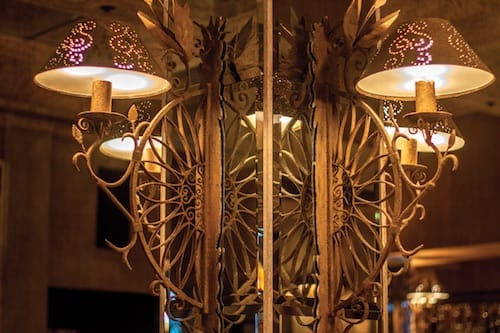 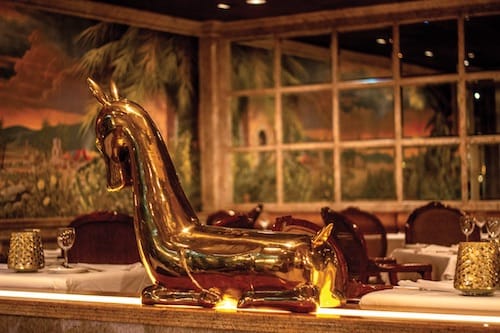 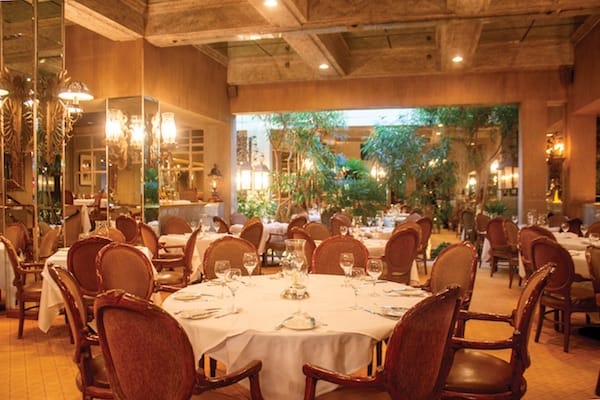 A couple of celebrities came a few years too early. “When my dad was running it, we had a strict dress code. It was jacket and tie, mandatory. I remember Kurt Russell and Goldie Hawn came one night on their motorcycle, and my dad put them out on the patio because they weren’t dressed,” Botello laughs. While plenty of diners still show up in jackets, Botello dropped the rule years ago to keep up with the times. “People come on vacation to the desert and don’t want to bring a jacket.”

With Wally’s now on the market, Botello says his family will sell only to the right buyer. “I want somebody who wants to keep this going. I’m hoping they see what I see as a vision, and that they’ll get somebody like Randy to come back in here, a strong interior designer” to retain what Chase created. “These days, people come into town and want something old and classic. And we have that.”