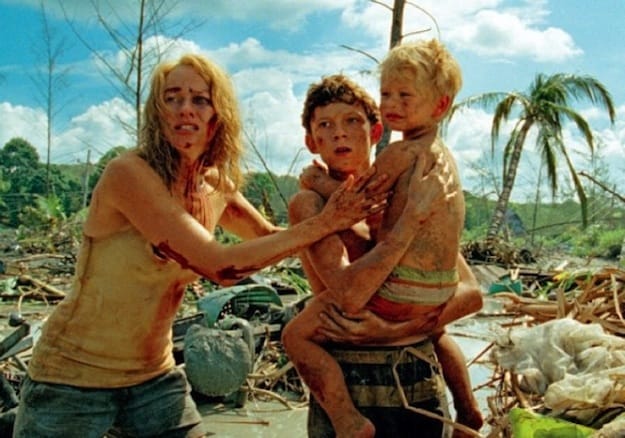 Naomi Watts stars in "The Impossible" based on a true story of a family's struggles following the 2004 tsunami in Thailand.
crushable.com

Naomi Watts will make history in the Palm Springs International Film Festival's 24 years when she receives the Desert Palm Achievement Actress Award at the Awards Gala on Jan. 5 at the Palm Springs Convention Center.

Watts will be the first actress to be honored twice with the award – this time for her role in "The Impossible". She was honored in 2004 for "21 Grams," and later received a Best Actress Academy Award nomination.

“We’re delighted to pay tribute to Naomi Watts, one of the most gifted and versatile performers to grace the screen,” said Palm Springs International Film Festival chairman Harold Matzner.

“The Impossible," based on a true story of a family's survival of the 2004 tsunami in Thailand, will be released Dec. 21. Watts' character is based on the real life of Maria Belon and her family after the tsunami struck the hotel they were staying in.

Watts just finished portraying the late Princess of Wales in the biopic, "Diana".