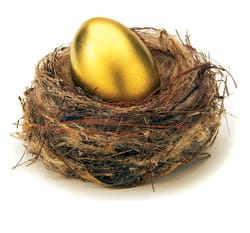 Bob Meltzer looks a decade younger than his 74 years. He retired last May after 54 years as a toy industry executive and business owner. He and his wife, Harriet, gave up their New York apartment, taking up full-time residence in Palm Desert, where for almost two decades the couple had come only “during season.”

But barely a month into retirement, Meltzer began product-development consulting to a large New York-based toy company. “They started courting me about working with them and using the connections I had developed over the years with the country’s leading chain stores months before I retired,” says Meltzer, who now works mostly by phone, fax, and e-mail.

He couldn’t be happier. “I decided to give it a try on my terms only. I also didn’t give them my decision until I had been officially retired one month. I told them, ‘I want to wake up on May 2 and have nothing on my mind,’ which hadn’t been the case for the last 53 years.”

Like a growing number of retirees, Meltzer is enjoying his golden years on his terms. A Dow Jones Online Network survey of 21,000 people in 21 countries concluded that most people in their 60s and 70s are happy, healthy, and in control of their lives.

“There’s this retirement bonus,” says Geoff Brooks, the New York-based national director of retirement strategy at HSBC Bank USA. “People in their 60s feel more optimistic and in control than people in their 40s and 50s. There’s this decade where it all comes together and [it] continues on into their 70s.”

Happy and healthy retirees are everywhere. They play golf, hit tennis balls, ride bicycles, and dine out. Many of them prepared diligently for this phase of their lives, socking away money in 401K plans and IRAs. Yet retirement experts caution that today’s retirees no longer actively accumulate wealth and that distinctly different financial planning is essential to make their money go the distance with in keeping their lifestyle.

Average U.S. life expectancy is currently 80.8 years for women and 75.6 for men, according to actuarial tables. Seniors in the desert often remain active and healthy into their 80s. However, many ultimately face long-term care needs that can deplete savings. Genworth Financial’s annual cost-of-care survey put long-term care costs for one individual above $70,000 annually in 2006.

“Unless you have so much money that you can’t spend it all, you need to have a plan for converting accumulated retirement funds into income,” says David Macchia, a director of the Retirement Income Industry Association, a think tank for funding future retirement security in the United States. “It’s probably folly to think your expenses will go down in retirement, because things happen and you can live much longer than you expect.”

With annual double-digit healthcare costs rising, the inflation rate for retirees can be greater than all other demographic groups, as healthcare needs increase. Maintaining a lifestyle based on income-generating investments while mitigating risk (once again, you’re in the spending, not accumulating, phase of life) calls for careful and balanced planning.

“You need to have a plan for creating income mixes that guarantee specific outcomes with investments that remain invested over long periods of time and can provide an inflation hedge,” Macchia says. “It’s determining what combination of safe investments plus some with a degree of risk that retirees need to generate income that becomes very important during retirement.”

Retirement planning should happen before you say goodbye to the daily grind. Retirees who run into trouble often do so during the first few years of retirement. And be careful how you invest once you retire. During the dot-com era, plenty of retirees made and lost major portions of their portfolios in only a matter of months.

If your nest egg of equities and mutual funds loses money at the beginning of retirement, your income going forward will falter.

Brian Amidei, vice president and wealth management advisor at Merrill Lynch in Indian Wells, advises that people work with a retirement specialist who can run a simulation to predict possible shortfalls. An accredited chartered retirement planning counselor, Amidei often works with retiring CEOs used to big salaries and bonuses. “I see well-heeled individuals with millions in savings who just don’t know how to handle their retirement distribution and how much they need to plan on taking out annually,” he says.