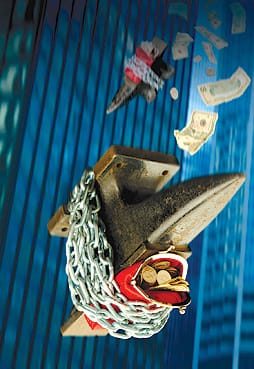 At 451 pages, the Emergency Economic Stabilization Act of 2008, signed into law on Oct. 3, was an audacious initiative authorizing the U.S. Treasury to spend up to $700 billion to buy distressed assets, particularly mortgage-backed securities, from banks across the country. Proponents contend “market intervention” was necessary to stop the collapse of the credit markets and to put a cushion under the tumbling equities markets. Opponents raged that it would only bail out Wall Street “fat cats.” At press time, the bailout had been expanded by another $50 billion, although the discourse shifted to investing in the shell-shocked financial institutions rather than flat-out purchasing their sick assets.

The biggest statement the package made was the capital infusion into nine of the largest banks whether they wanted it or not. It’s hoped that it will give the stronger banks additional horsepower to acquire weaker banks. They raised the FDIC limits to $250,000 per account because they couldn’t take the chance of funds being wired to European and Arab banks.

A big mistake leading to the necessity for a bailout was the government letting Lehman Brothers go down. The government’s attitude was ‘let the chips fall where they may,’ and they did. It’s a good thing they didn’t let AIG fall.

We are being more cautious and approving loans on a day-to-day basis. There are real estate investment opportunities in the valley, but only for investors with staying power. Despite the bailout, there are plenty of scared people, especially small business owners. I know people who are stashing cash in safety deposit boxes.

This was a necessary evil and not something a free-market economist likes to see. There was no other choice. The challenge will be how it gets executed. We need good oversight, and the next Congress will have to install those safeguards. Wall Street and the banking and mortgage industries will run in a much more regulated environment. The bailout is only the initial step to restore confidence in the market. If they hadn’t done it, we would be in even a worse place than we are today. It’s going to take awhile for world markets to unclog. There were some good things in the bill, including increasing the FDIC limits, which gives people security about the banking system.

I wish we had more time to work on the bill and a better mechanism for buying and selling these assets. But, again, we didn’t have a choice. The public should feel more secure but recognize we have a long, difficult way to go and expect more ups and downs through 2009 and 2010. I think the equities market will begin to stabilize in mid-2009. Investors need to plan carefully and take no additional undue risk with their cash reserves. Everyone needs to be prepared to rely on less debt going forward. Past generations lived without debt as a way of life.

It will take awhile to work through this. We didn’t see the market fall from 14,000 to near 8,000 in a day. The biggest reason why we had to do this is lack of confidence and because we live in a totally global market.

I think the government is doing everything it can. They’ve lowered interest rates and added liquidity into the system. Increasing the FDIC coverage was a strong positive in helping the public feel better. It’s better than keeping money in your mattress. We have not reduced credit lines with our customer base. We’re being stringent on any new business. Investors are asking is it a good time to buy more? I think investors need to stay the course right now, unless they need the money immediately. The big question is, why sell right now? Do you really think the nation will not come back?