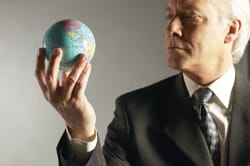 Buying that Tuscan villa, Parisian apartment, or Cabo beach retreat is more than simply a luxury: Stringent offshore transactions require due diligence. In the United States, improper representation by a real estate agent or broker is a serious offense; that’s not so in some other countries.

“When buying foreign real estate, you must abide by local laws,” says Alejandro Antillon, an attorney with Pacheco Coto, a leading Costa Rican law firm. The problems you may encounter often won’t be handled the same as in the United States. Remember, many countries have no inspection contingencies in their sales contract.”

When considering a foreign home, seek local legal and real estate representation to guide you through the process. Antillon suggests visiting embassy Web sites for attorney referrals and using only brand-name  real estate companies. Coldwell Banker International, for example, has offices or affiliates as far flung as Gibraltar.

If you’re considering a luxury resort community, check the developer’s track record. Cabo San Lucas hums with luxury resort and residential development. It’s luring U.S. buyers who have never considered Mexico. Chileno Bay, a 1,260-acre private residential golf community being developed in Los Cabos, boasts The Vintage Club’s developer, Mick Humphreys, as a partner. The connection has Vintage Club member Mike McCart ready to spend around $1.5 million on a home at Chileno Bay. “I didn’t know any of the Mexican rules and wouldn’t have looked down there if I hadn’t known Mick,” McCart says.

In Mexico, foreigners are not allowed direct ownership of real property. Bank trusts, or fideicomisos, are the vehicle foreigners have to net the benefits of home ownership. A Mexican bank serves as trustee, legal owner, and titleholder; the foreign buyer becomes beneficiary of the trust and has exclusive right to use and control the property. Fideicomisos are continuously renewable, allowing the property to be willed from generation to generation, mortgaged, or sold at any time. Leading international companies offer title insurance.

Financing a foreign residence requires careful thought, because you’re dealing in international currency. Betsy Brill and Ken Kobre of San Francisco discovered that several years ago. In 2002, they paid $250,000 for a 200-year-old Provencal home in a tiny French village. “At the time, the dollar was very strong and prices were reasonable,” Brill says. They put 20 percent down and secured a 15-year mortgage with a French bank at 5.5 percent.

A few years later, the exchange rate soured and the couple was paying much more in U.S. dollars than they had originally budgeted. “We refinanced our San Francisco home and paid off the French mortgage.”  Brill says. “We should have done that in the first place. That’s what I tell friends who are considering buying a foreign property.”

Another way to acquire property abroad is with fractional-interest ownership. Donald Herbert, the Burbank-based owner of a luxury travel company, wanted a villa outside Florence, Italy, without the hassles and cost of full ownership. For $540,000, he purchased a one-tenth interest in a 3,800-square-foot, $5 million villa at Castello Di Casole, a private resort and residence club in Tuscany. He enjoys four weeks’ annual use of his villa, which includes the services of a full-time cook, housekeeper, and personal concierge. “[Fractional ownership] works best for me because I can enjoy my home, the resort, and the countryside without worrying about anything,” Herbert says. A property house manager takes care of all maintenance, security, and other facets of daily life.

“All the things you expect in a luxury situation are even more important internationally when you’re in a 300-year-old villa and you want your wireless working,” says David Burden, president of Timbers Co., developer of Castello Di Casole.

No matter where or what you buy internationally, let the principle of caveat emptor be your guide.